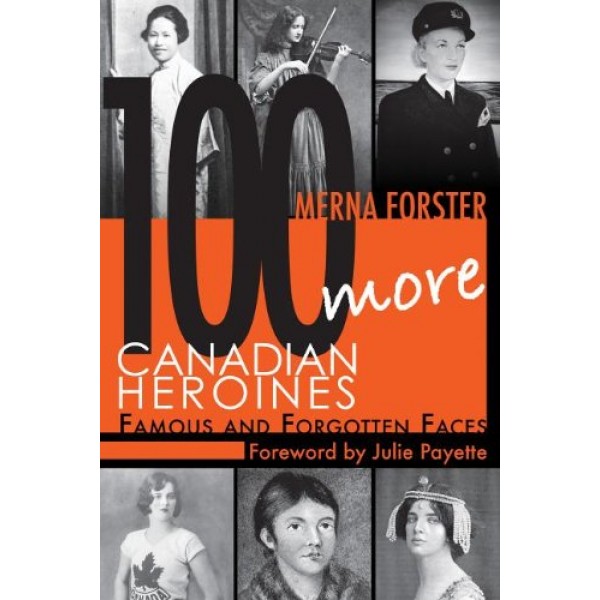 In this second installment of the bestselling Canadian Heroines series, author Merna Forster brings together 100 more incredible stories of great characters and wonderful images. Meet famous and forgotten women in fields such as science, sport, politics, war and peace, and arts and entertainment, including the original Degrassi kids, Captain Kool, hockey star Hilda Ranscombe, and the woman dubbed "the atomic mosquito."

This book is full of amazing facts and trivia about extraordinary women. You'll learn about Second World War heroine Joan Fletcher Bamford, who rescued 2,000 Dutch captives from a prison camp in a Sumatran jungle while commanding 70 Japanese soldiers. Hilwie Hamdon was the woman behind the building of Canada's first mosque, and Frances Gertrude McGill was the crime fighter named the "Sherlock Holmes of Saskatchewan." Read on and discover 100 more Canadian heroines and how theyve changed our country.