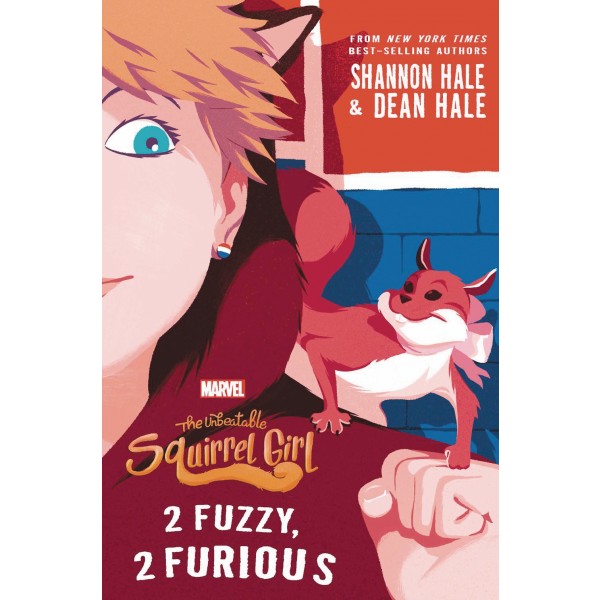 Doreen Green, age fourteen, is a little too busy wiping out crime in her suburban New Jersey neighborhood to focus on her overdue homework. That's because she also happens to be Squirrel Girl, a bushy-tailed, squirrel-powered Super Hero! After foiling the nefarious plot of an amateur Super Villain, Squirrel Girl is finally finding her groove — and group texting with the Avengers, like, all the time. Doreen, on the other hand, is still trying to navigate friendships, evil teachers, and all the pitfalls that come with middle school. (Seriously, it's complicated.)

An announcement goes out that sends waves of excitement through the community: There's a new mall opening on the border of Shady Oaks and neighboring town Listless Pines, and they all get to vote on the mall's mascot! Everyone goes wild over the election... a little too wild, if you ask Squirrel Girl and her BHFF (Best Human Friend Forever), Ana Sofia. Soon the two towns are at war — even the trusty Squirrel Scouts are going berserk. Is there something sinister at work in Shady Oaks? Something that has less to do with quality shopping choices and more to do with world domination? And will Squirrel Girl be able to unleash the furry paws of justice in time to save the day?

This exciting and hilarious sequel to The Unbeatable Squirrel Girl: Squirrel Meets World will be a hit with Squirrel Girl's many fans!