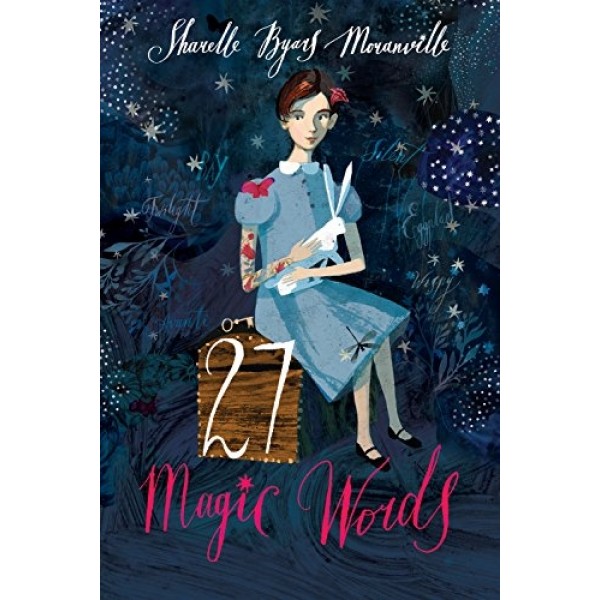 Although ten-year-old Kobi's parents sailed into a storm at sea five years ago, she knows they are alive. If she says "Avanti!" she can see them. Now that her life is being turned upside down again, she will need the magic words her mother left behind more than ever.

Instead of living with wealthy Grandmamma in Paris, Kobi and her sister will temporarily stay in Des Moines, Iowa. There, the girls will, as Uncle Wim puts it, "live like normal kids for a change." To fit in at her new school Kobi tells lies that soon catch up with her. In a heart-wrenching climax, she must confront not only the untruths she has told others but the stories she has made herself believe. Only then will she be able to grieve for her parents and move on with her life.

"Despite the titular magic, there is no fantasy in this quietly moving, well-paced work — just the reality of a child deep in denial ultimately coming to terms with her parents' death....Told from Kobi's point of view, this character-driven novel does a remarkable job of allowing readers to see the world through Kobi's eyes, both as a five-year-old believing in her parents' magical abilities and as a 10-year-old surrounded by adults who are coping with their own heartbreaks and traumas." -- Eileen Makoff, School Library Journal