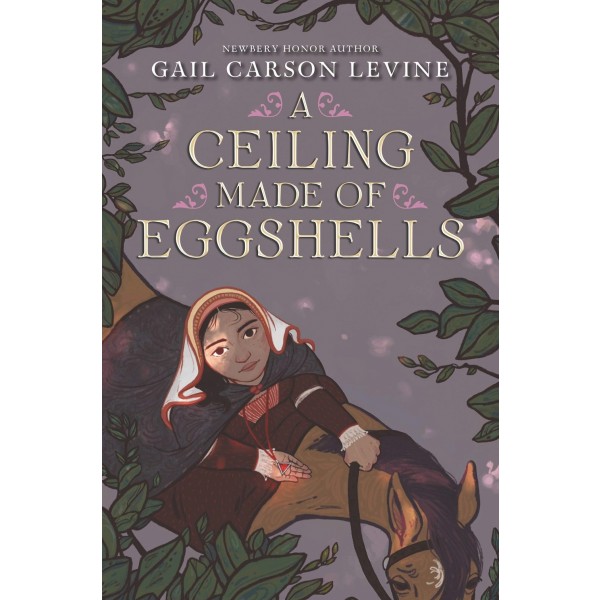 A Ceiling Made of Eggshells

Surrounded by her large family, Loma is happy living in the judería of Alcalá de Henares, Spain, and wants nothing more than to someday have a family of her own. Still, when her intimidating grandfather, her Belo, decides to bring her along on his travels, she’s excited to join him. Belo has the ear of King Ferdinand and Queen Isabella, and Loma relishes her adventures with him, adventures that are beyond the scope of most girls of the time. She soon learns just how dangerous the world is for the Jews of Spain, and how her grandfather’s influence keeps their people safe. But the older Loma gets, the more she longs to realize her own dreams — if Belo will ever allow her to leave his side.

In A Ceiling Made of Eggshells, Newbery Honor-winning author Gail Carson Levine tells a moving and ambitious story set during the expulsion of Jews from Spain, about a young Jewish girl full of heart who must play her own role in her people’s epic history — no matter the sacrifice.

"Infusing her title with historical details about costume, food, and customs, Newbery Honoree Levine (Ella Enchanted) deftly conveys the obstacles facing the Jewish community under King Ferdinand and Queen Isabella, among them the Inquisition, pressure to convert to Christianity, and eventually expulsion from Spain. Though the narrative unspools slowly, pacing builds considerably in the final chapters as 16-year-old Loma memorably navigates tumult and danger, bravely taking control of her destiny." — Publishers Weekly