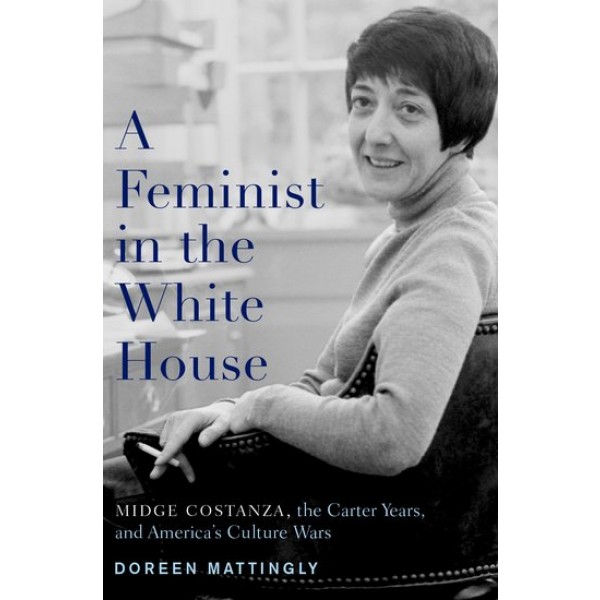 A Feminist In The White House: Midge Costanza, the Carter Years, and America's Culture Wars

A feminist, an outspoken activist, a woman without a college education, Midge Costanza was one of the unlikeliest of White House insiders. Yet in 1977 she became the first female Assistant to the President for Public Liaison under Jimmy Carter, emerging as a prominent focal point of the American culture wars. Tasked with bringing the views of special interest groups to the president, Costanza championed progressive causes even as Americans grew increasingly divided on the very issues for which she fought. Doreen Mattingly draws on Costanza's personal papers to shed light on the life of this fascinating and controversial woman.

Mattingly chronicles Costanza's dramatic rise and fall as a public figure, from her initial popularity to her clashes with Carter and his aides. Ultimately, marginalized both within the White House and by her fellow feminists, Costanza was pressured to resign in 1978. Through the lens of Constanza's story, Mattingly reveals a wider, but heretofore neglected, narrative of the complex era of gender politics in the late 1970's Washington — a history which continues to resonate in politics today. A Feminist in the White House is a must-read for anyone with an interest in sexual politics, female politicians, and presidential history.