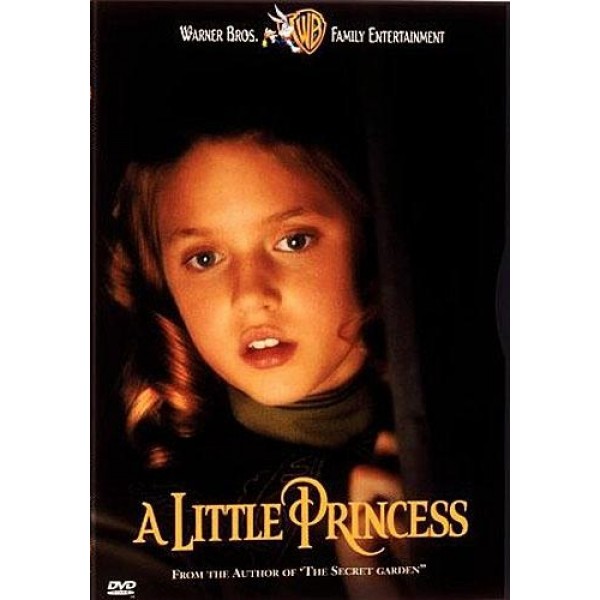 The beloved story from the author of The Secret Garden becomes 1995's best reviewed film. A young girl must rely on her wits and imagination when she is separated from her soldier father and sent to a strict boarding school.

"Alfonso Cuarón's film, based on a novel by Frances Hodgson Burnett, is one of the rare children's movies that don't merely pay lip service to the imagination but actually use it." -- The New Yorker

After the critical success of 1993's The Secret Garden, Warner Bros. returned to the novels of Frances Hodgson Burnett to create this 1995 adaptation of A Little Princess, which instantly ranked with The Secret Garden as one of the finest children's films of the 1990s. Neither film was a huge box-office success, but their quality speaks for itself, and A Little Princess has all the ingredients of a timeless classic. A marvel of production design, the film features lavish sets built almost entirely on a studio backlot in Burbank, California.

The story opens in New York just before the outbreak of World War I, when young Sara (Liesel Matthews) is enrolled in private boarding school while her father goes off to war. Under the domineering scrutiny of the school's wicked headmistress, Miss Minchen (Eleanor Bron), Sara quickly becomes popular with her schoolmates, but fate intervenes and she soon faces a stern reversal of fortune, resorting to wild flights of fancy to cope with an unexpectedly harsh reality.

Rather than label her fanciful tales as escapist fantasy, A Little Princess actively encourages a child's power of imagination--a power that can be used to learn, grow, and adapt to a world that is often cruel and difficult. It's also one of the most visually beautiful films of the '90s and creates a fully detailed world within the boarding school--a place where imagination is vital to survival. A first-class production in every respect, this is one family film that should (if it's not too stuffy to say it) be considered required viewing for parents and kids alike. -- Jeff Shannon