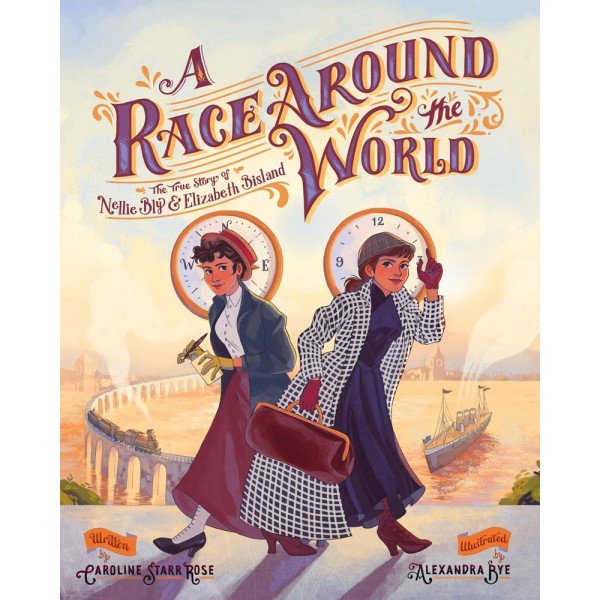 A Race Around The World: The True Story of Nellie Bly and Elizabeth Bisland

In 1889, New York reporter Nellie Bly — inspired by Jules Verne's Around the World in 80 Days — began a circumnavigation she hoped to complete in less time. Her trip was sponsored by her employer, The World. Just hours after her ship set out across the Atlantic, another New York publication put writer Elizabeth Bisland on a westbound train. Bisland was headed around the world in the opposite direction, thinking she could beat Bly's time.

As the race heated up, and people around the world started wondering who would finish first, these two journalism pioneers knew that they were making history. Both completed their journeys in record time, but only one woman could win the race — and today, Bly is remembered while Bisland is nearly forgotten. This thrilling picture book, part biography and part travel tale, will leave kids on the edge of their seats wondering who will win the race!