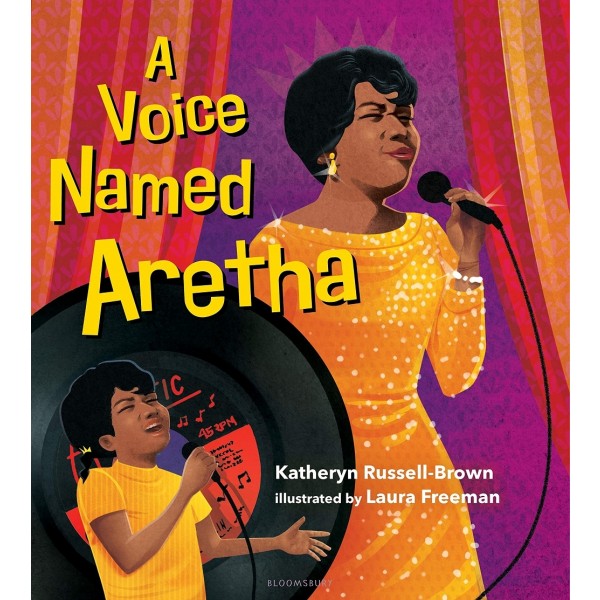 Aretha Franklin is the Queen of Soul, a legend. But before she became a star, she was a shy little girl with a voice so powerful it made people jump up, sway, and hum along.

Raised in a house full of talking and singing, Aretha learned the values that would carry her through life — from her church choir in Detroit to stages across the world. When she moved to New York City to start her career, it took years of hard work before she had a hit song. In the turbulent 1960s, she sang about "Respect" and refused to perform before segregated audiences. The first woman inducted into the Rock & Roll Hall of Fame, Aretha always remembered who she was and where she came from.

In this stirring biography of a true artistic and social icon, award-winning creators Katheryn Russell-Brown and Laura Freeman show young readers how Aretha's talent, intelligence, and perseverance made her a star who will shine on for generations to come.

"[The book] covers the major moments in the life and career of this musical legend — the death of her mother, her first church solo, the years of work and performance before she had a hit, and her eventual stratospheric success. Franklin’s ongoing support of civil rights is a recurring theme: 'Aretha sang only where people of all races could attend' and she 'performed in lots of concerts to raise money for civil rights groups.' Freeman’s clear, crisp illustrations add welcome vibrancy to the text’s straightforward narrative style." — Publishers Weekly