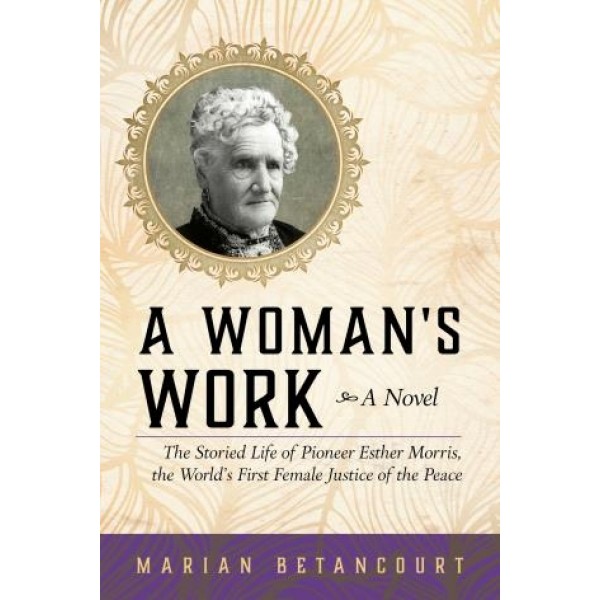 A Woman's Work: The Storied Life of Pioneer Esther Morris, the World’s First Female Justice of the Peace

Uncover the story of a remarkable woman of the American West in this thoroughly researched telling of the life of Esther Morris, the world's first female Justice of the Peace! Morris was born in 1812, and during her life, she would witness some of the most dramatic events of the 19th century: the Civil War, the abolition of slavery, the expansion of the railroads, and the fight for women's suffrage. In Wyoming, she helped push through women's right to vote in 1869 — and a year later, she would be appointed as a Justice of the Peace, breaking new ground for women on the judge's bench.

With great attention to historical detail, and drawing from multiple primary sources about this pioneering woman, this novel by Marian Betancourt highlights how Morris' work changed the face of women's rights in Wyoming and America.