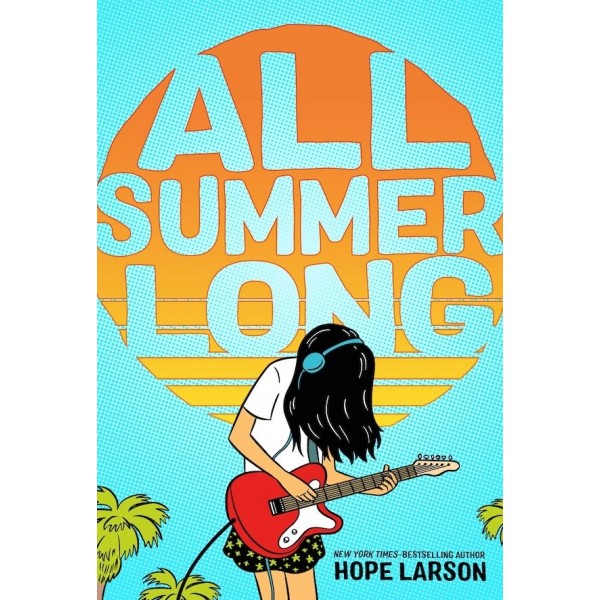 Thirteen-year-old Bina has a long summer ahead of her. She and her best friend, Austin, usually do everything together, but he's off to soccer camp for a month, and he's been acting kind of weird lately anyway. So it's up to Bina to see how much fun she can have on her own. At first it's a lot of guitar playing, boredom, and bad TV, but things look up when she finds an unlikely companion in Austin's older sister, who enjoys music just as much as Bina. But then Austin comes home from camp, and he's acting even weirder than when he left. How Bina and Austin rise above their growing pains and reestablish their friendship and respect for their differences makes for a touching and funny coming-of-age story.

A coming-of-age middle-grade graphic novel about summer and friendships, written and illustrated by the Eisner Award-winning and New York Times-bestselling Hope Larson.

"Though her sphere grows over the summer, friendship with Austin is strained when he returns, and Bina must learn to embrace the proverb to make new friends but keep the old. As her mother wisely observes, 'you’re more you every day,' and by the end of summer Bina is more comfortable in her own skin and ready to rock eighth grade. Larson’s panels are superb at revealing emotional conflict, subtext, and humor within the deceptively simple third-person limited plot, allowing characters to grow and develop emotionally over only a few spreads.... A coming-of-age story as tender and sweet as a summer evening breeze." — Kirkus Reviews