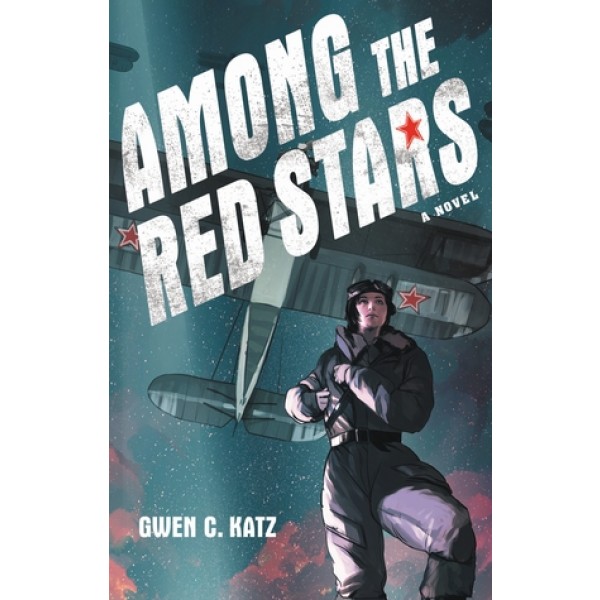 Among the Red Stars

World War Two has shattered Valka's homeland of Russia, and Valka is determined to help the effort. She knows her skills as a pilot rival the best of the men, so when an all-female aviation group forms, Valka is the first to sign up.

Flying has always meant freedom and exhilaration for Valka, but dropping bombs on German soldiers from a fragile canvas biplane is no joyride. The war is taking its toll on everyone, including the boy Valka grew up with, who is fighting for his life on the front lines. As the war intensifies and those around her fall, Valka must decide how much she is willing to risk to defend the skies she once called home.

Inspired by the true story of the airwomen the Nazis called Night Witches, Gwen C. Katz weaves a tale of strength and sacrifice, learning to fight for yourself, and the perils of a world at war.

"Told largely through letters exchanged between the friends (and inspired by a real group of fearless airwomen, designated the Night Witches by their enemies), Katz’s debut novel extols the troops’ bravery without sugarcoating the atrocities of war. Through Valka’s eyes, she examines the sexism women faced attempting to break into the field, fears of being labeled a traitor to the socialist experiment, the inextricable ways war changes a person, and the sacrifices and impossible choices that are inextricably tied to combat." -- Publishers Weekly