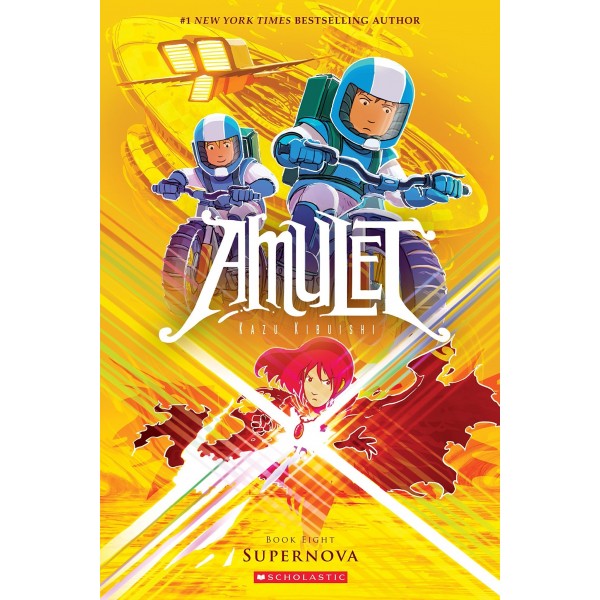 Emily has lost control of her Amulet and is imprisoned in the Void, where she must find a way to escape the influence of the Voice. Meanwhile, Emily's brother, Navin, travels to Lighthouse One, a space station where the Resistance is preparing to battle the approaching Shadow forces that would drain planet Alledia of all its resources. Emily and Navin must be smarter and stronger than ever to ensure Alledia's survival.

The eighth volume of Kazu Kibiushi's Amulet series, which began with Amulet: The Stonekeeper, continues to build towards the climax in the upcoming ninth and final book! For those who would like to catch up on the series, the first eight volumes are available in this box set.