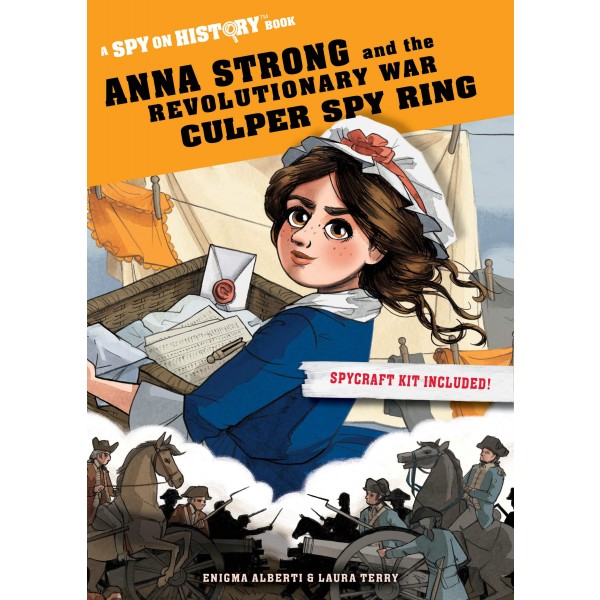 1778. Long Island, New York. The town of Setauket is under siege, occupied by an army of British redcoats. By a house on a hill, handkerchiefs flap on a clothing line. Their significance is greater than meets the eye... This story of intrigue and danger pulls young readers into a little-known chapter of the American Revolution, when George Washington's group of spies — known as the Culper Ring — became a deciding factor in the fate of the American nation.

Leading the spies is the indefatigable Anna Strong, who communicated intelligence to Revolutionary leaders by hanging white handkerchiefs on her clothesline, among other ingenious spy tools. Being underestimated as a woman meant that Strong managed to pass by right under the eyes of the redcoats. But it also meant she was all but erased from memory of the Culper Ring's legacy. As they learn about Strong, readers will encounter a mystery of their own, unraveling clues embedded in the text and illustrations to make sense of her final letter.