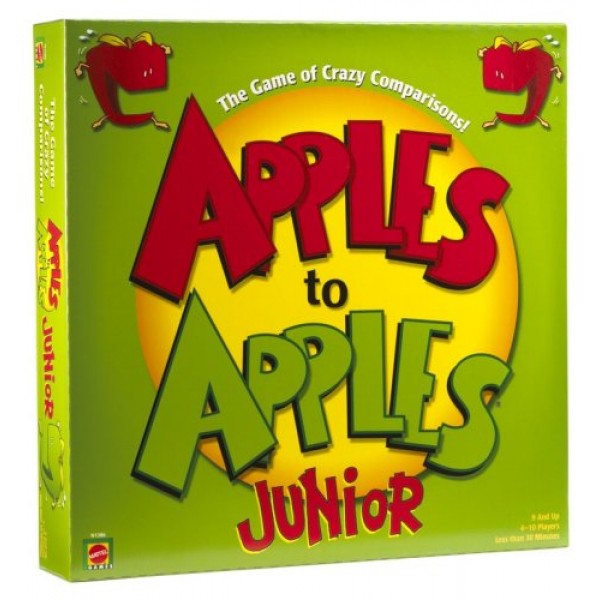 Apples to Apples Junior brings the hilarious card and party game, Apples to Apples, to younger players. Players aged nine and up will delight in all the crazy comparisons, while expanding their vocabulary and thinking skills at the same time. The game is as easy as comparing apples to apples – just open the box, deal the Red Apple cards to each player, and you’re ready to go!

Start each round by playing a Green Apple card featuring a one-word characteristic such as Chewy, Amazing or Scary. The rest of the players must then look at the Red Apple cards in their hands and select the one they think is best described by the judge’s card – will you play A Volcano, Unicorns or Burned Toast? When everyone’s Red Apple cards are on the table, you should try to convince the judge that yours is the best match. You’ll find that table talk is a big part of the fun. Just wait until you hear all the clever – and not so clever – ways that people try to convince the judge to choose a particular card.