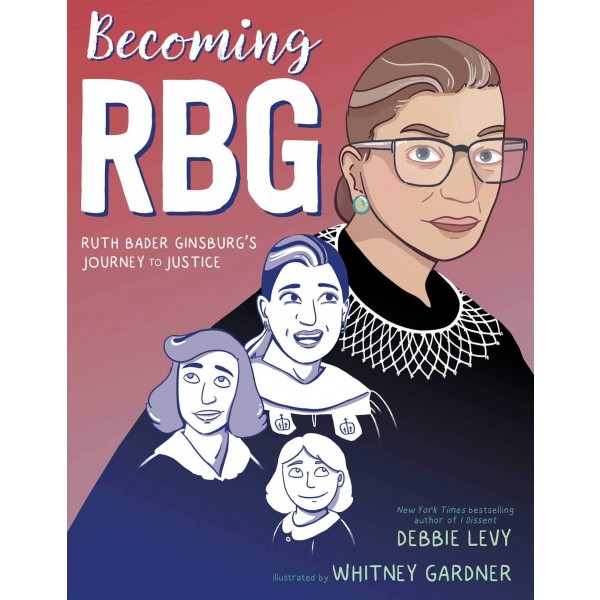 From the New York Times bestselling author of I Dissent comes a biographical graphic novel about Ruth Bader Ginsburg! Supreme Court Justice Ruth Bader Ginsburg is a modern feminist icon — a leader in the fight for equal treatment of girls and women in society and the workplace. She blazed trails to the peaks of the male-centric worlds of education and law, where women had rarely risen before.

Ginsburg has often said that true and lasting change in society and law is accomplished slowly, one step at a time. This is how she has evolved, too. Step by step, the shy little girl became a child who questioned unfairness, who became a student who persisted despite obstacles, who became an advocate who resisted injustice, who became a judge who revered the rule of law, who became... RBG. Expressive illustrations by Whitney Gardner make this a compelling introduction to a pioneering activist, lawyer, and icon.

"With clear, effortless text conveyed in narrative boxes and speech bubbles, author Levy shows readers that these traits have been core tenets of Justice Ginsburg’s life since childhood. The evenly paced narrative provides an overview of Ginsburg’s life from her birth through her appointment on the Supreme Court, showing how her relationships with family members and her (delightfully unconventional) husband and the discrimination she faced as a woman and a Jew affected the arc of her life and career.... Enlightening, inspiring, and empowering." — Kirkus Reviews