The 55-year-old Girl Scout leader was scheduled to run in this year's Boston Marathon; after it was postponed due to the pandemic, Tandy Wilson decided to use her training to lift the spirits of the girls in her troop by visiting each one at home. 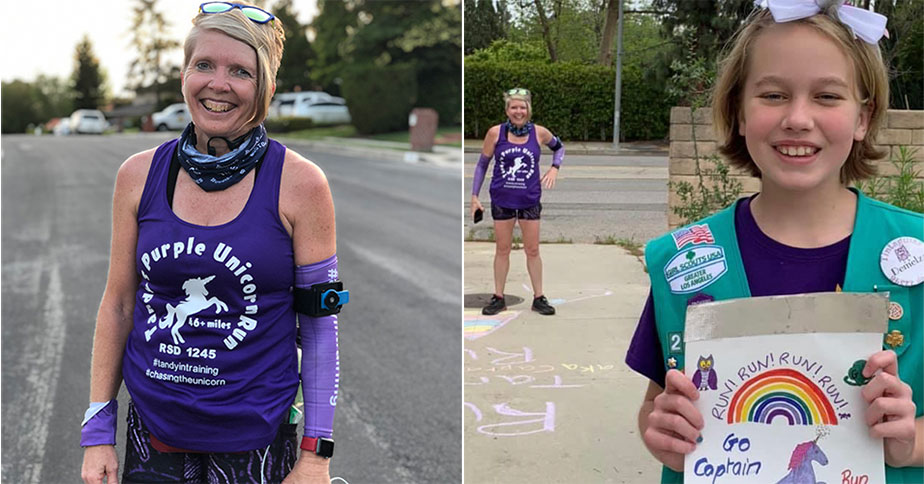 Tandy Wilson had been training for years to qualify for the 2020 Boston Marathon — so after the coronavirus led to the historic marathon's first postponement in 124 years, the long-time Girl Scout leader decided to put all of her marathon preparation to good use by lifting the spirits of the girls in her troop! The 55-year-old troop leader laid out a 46-mile route across the San Fernando Valley in California — 20 miles longer than a marathon — that allowed her to run past the homes of all 52 of her Girl Scouts over 11 hours. Calling it "Tandy's Purple Unicorn Run" after the troop's official color and the Boston Marathon's mascot, Wilson stopped at each girl's house to chat while observing social distancing, take safe-distance selfies, and leave them each a Purple Unicorn Sticker celebrating the troop and her run. "I’m so excited just to see all of them," she said before setting off on the 46-mile run. "Seeing them. That’s what’s going to keep me going." 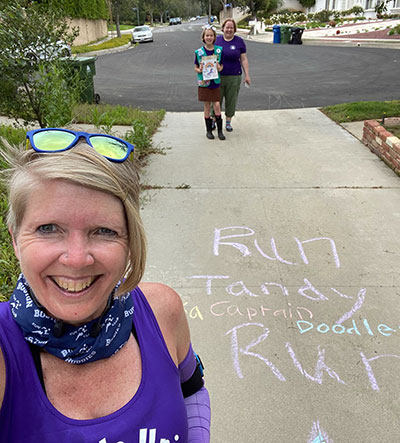 Prior to last week's run, the last time Wilson saw any of her scouts from Troop 22346 Tintaguias was during the LA Marathon in March when a group of girls came out to cheer her on. Since then, due to social distancing and shelter-in-place requirements, she's only had virtual contact with the girls, including a virtual weekly troop meeting. The troop, which includes ages from Daisy (kindergarten and grade one) to Ambassador (grades eleven and twelve), has been a part of the Girl Scouts of Greater Los Angeles for over 50 years.

Wilson is a long-distance running veteran, having run 14 marathons over the past five years, but she knew this 46-mile run would still be a big challenge. She planned out a route that passed the homes of all 52 scouts using a delivery company app that minimizes mileage between stops. Using that order of houses, she created a final 'pedestrian' route using Google Maps to schedule her pace and expected stops, which also helped her "pit crew" follow her with water and other supplies. The resulting plan ensured that the homes she visited were no more than two miles apart along the route.

Wilson set April 20 — the date originally scheduled for this year's Boston Marathon — as the date for her run and told the girls that they could watch her progress using a running app. As she approached, girls would come out to their front lawns or driveways to greet her. When Wilson planned the run, she originally thought it would take 8.5 hours but, because she wanted to talk with each of her scouts for at least a few minutes, she ended up spending 11 hours on the road. Of  course, to this Girl Scout leader of over 20 years who is known as "Captain Doodles" to her scouts, every step of the Purple Unicorn Run was worth it to connect with the girls who had been isolating at home for weeks — and her scouts agreed! As 11-year-old Maya Magana, who greeted her troop leader on her family's lawn, exclaimed, "I feel so happy and inspired. She is an amazing leader and I know she is doing it for us." 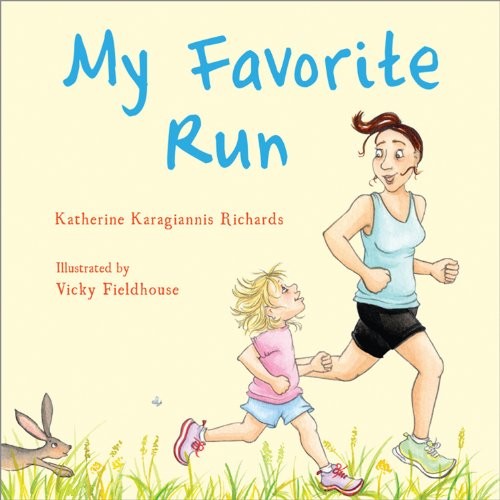 Anna's excited: today she's going for her first run with Mom! Together, they tie up their shoes and head out. Anna is excited to see a bunny on the side of the road — maybe she can even beat it to the corner. She gets to chat with neighbors and smell sweet flowers. She also learns how to persevere when the run gets tough! When her first run is over, Anna has discovered the joy of running — especially with someone she loves. This charming picture book celebrates active living and the pleasures of the great outdoors. 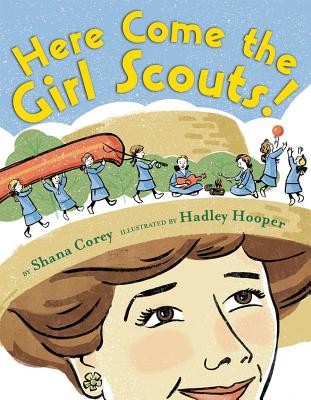 Juliette Gordon Low — also known as Daisy to her friends and family — defied attitudes about "proper" Victorian girls. Daisy loved the outdoors, and she knew that there were lots of other girls, just like her, who wanted to be pathfinders, pioneers, and adventurers. When she combined her daring spirit with a dedication to service, she came up with an idea that would change the lives of millions of girls: the Girl Scouts. This fascinating story about the founder of the Girl Scouts celebrates Low's spirit and vision, and shows how one hundred years later, her Scouts continue to have adventures, do good deeds, and make a difference! 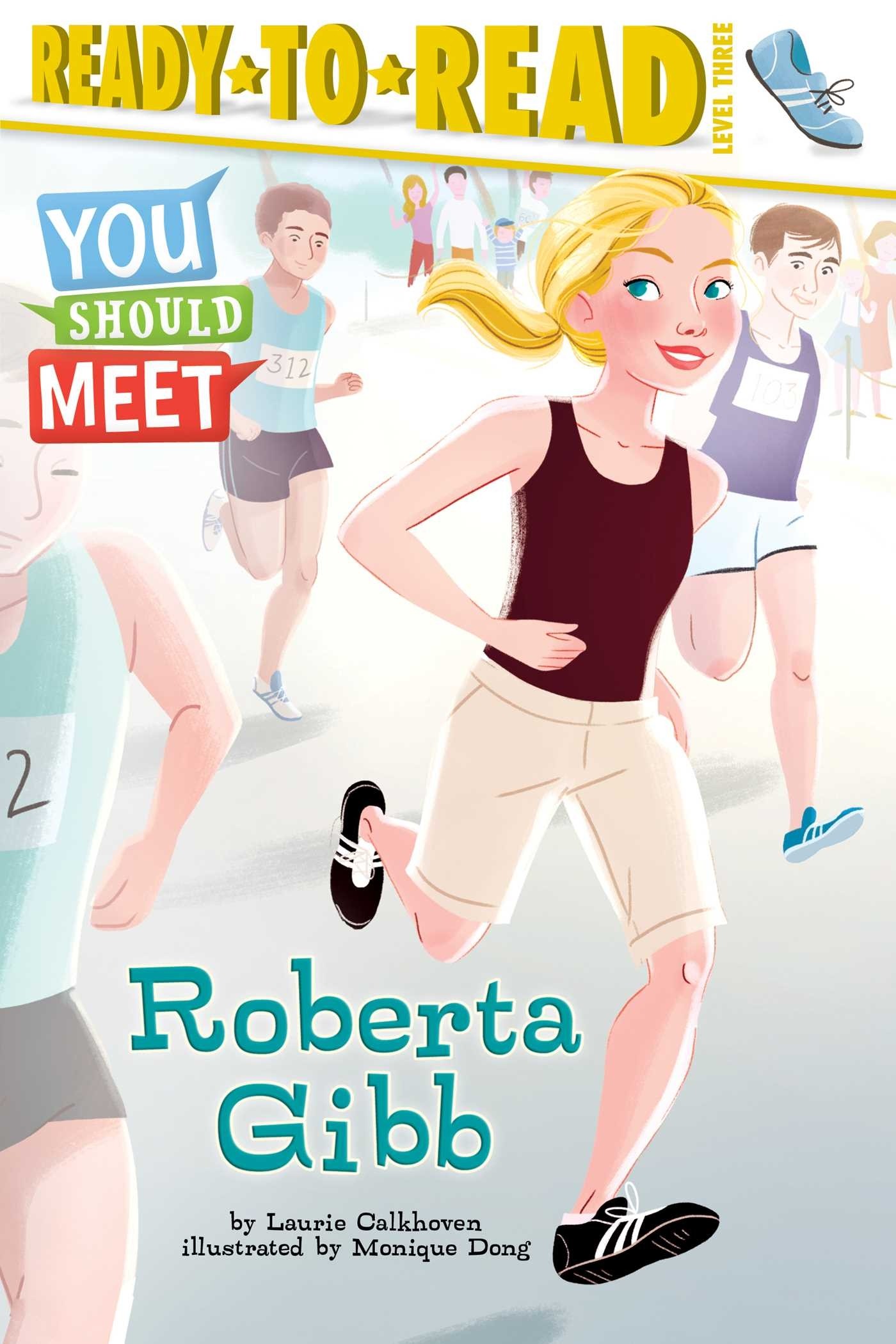 Roberta Gibb loved to run, but when she applied for the 1966 Boston Marathon, she was told she couldn't enter — everyone knew a woman couldn't run that far. But Roberta had run that far, many times! So to prove her point, she covered her hair with a hoodie, threw on her brother's Bermuda shorts... and ran onto the course. To her delight, the male runners cheered her on — as she became the first woman to ever complete the Boston Marathon! This inspiring chapter book from the You Should Meet early reader series introduces a sports pioneer who changed the world for women runners. For a picture book about Gibb's run, check out The Girl Who Ran: Bobbi Gibb, The First Woman to Run the Boston Marathon for ages 5 to 9. 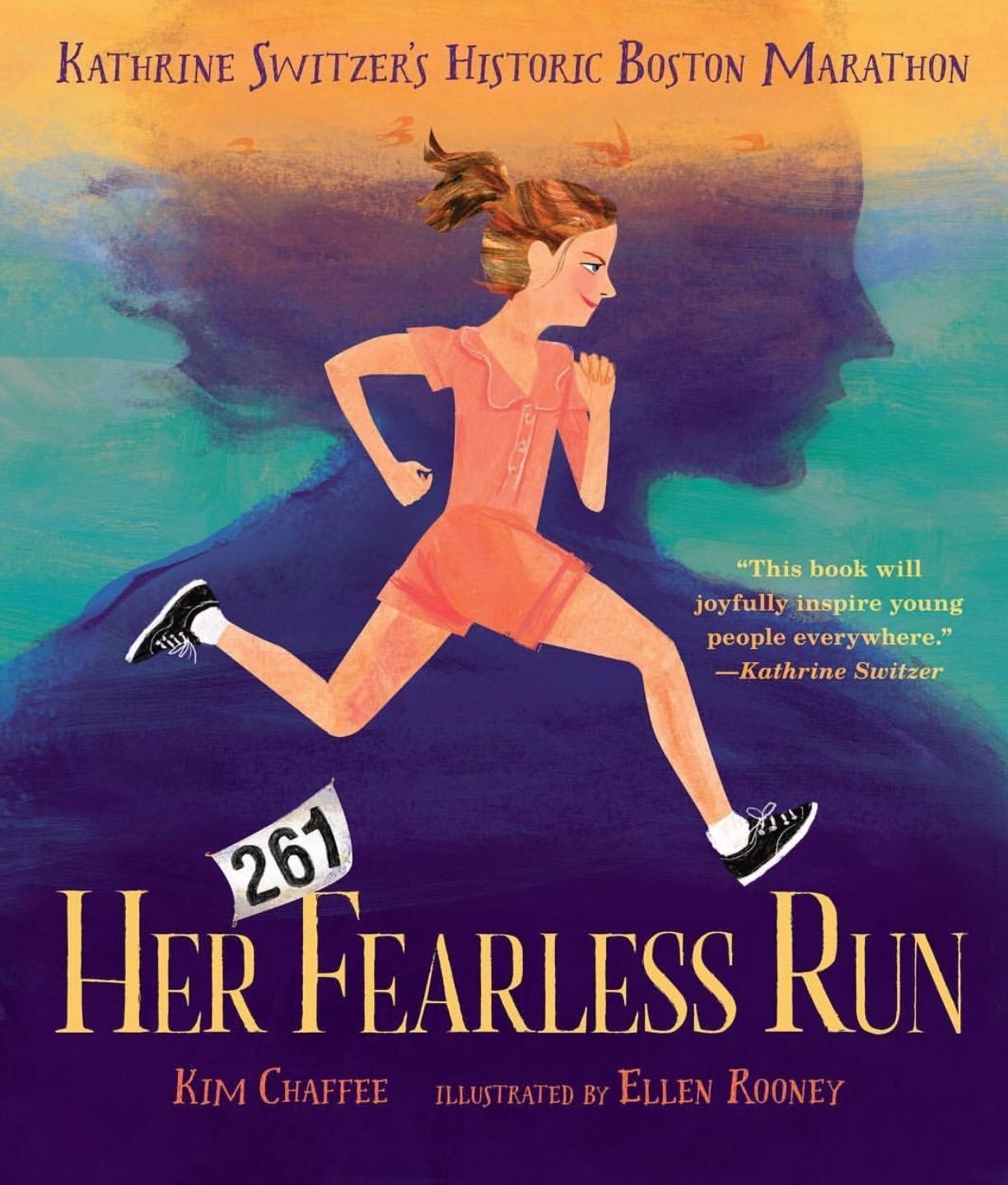 Kathrine Switzer loved to run: it felt like magic! But when she grew up, girls weren't supposed to sweat, or push themselves to run mile after mile: they were "too weak, too fragile." Switzer knew that wasn't true, and she continued to challenge her limits. The ultimate test was the Boston Marathon — but would a woman be allowed to register? Kathrine Switzer might not be admitted... but K. Switzer was. Wearing race number 261, Switzer became the first woman to officially run the marathon and changed the history of women's sport. This compelling picture book biography with energetic collage art that makes it feel like Switzer is really racing across the page will inspire kids with her love of running and her passion for equal treatment. 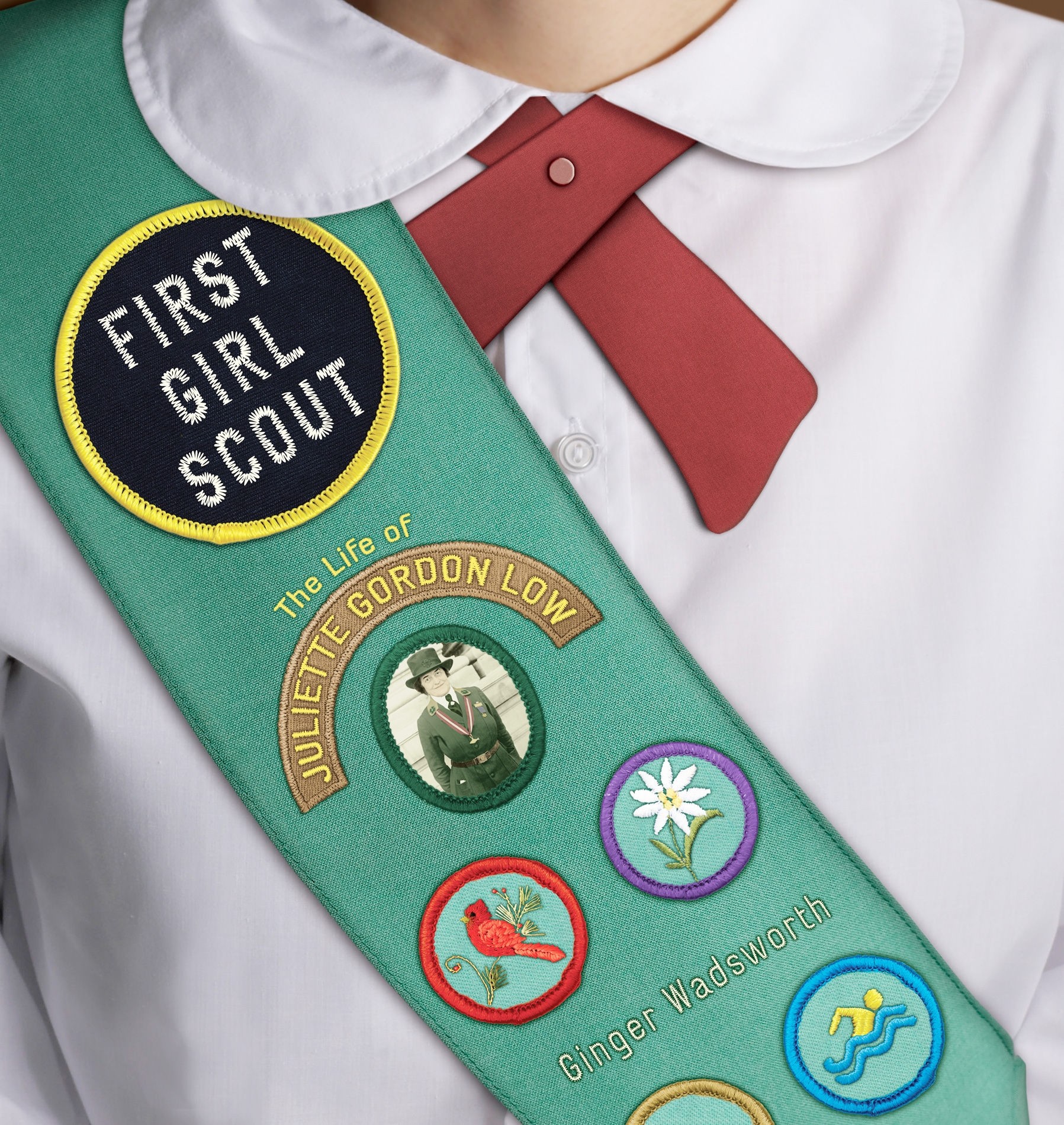 Juliette Gordon Low saw some of the biggest changes in U.S. history, from the Civil War and Reconstruction to the end of World War I. And she had a lot of ideas about the roles that girls and women should play in her rapidly changing world! When she founded the Girl Scouts, she not only caused a stir by helping girls from all backgrounds to explore the outdoors, she also dared to encourage them to imagine themselves as professional women, and to be active citizens outside the home. She even included girls with disabilities in her groups. Written for the 100th anniversary of the Girl Scouts, this illustrated account of Low's life will astound young readers for whom her "radical" ideas are simply part of day to day life. 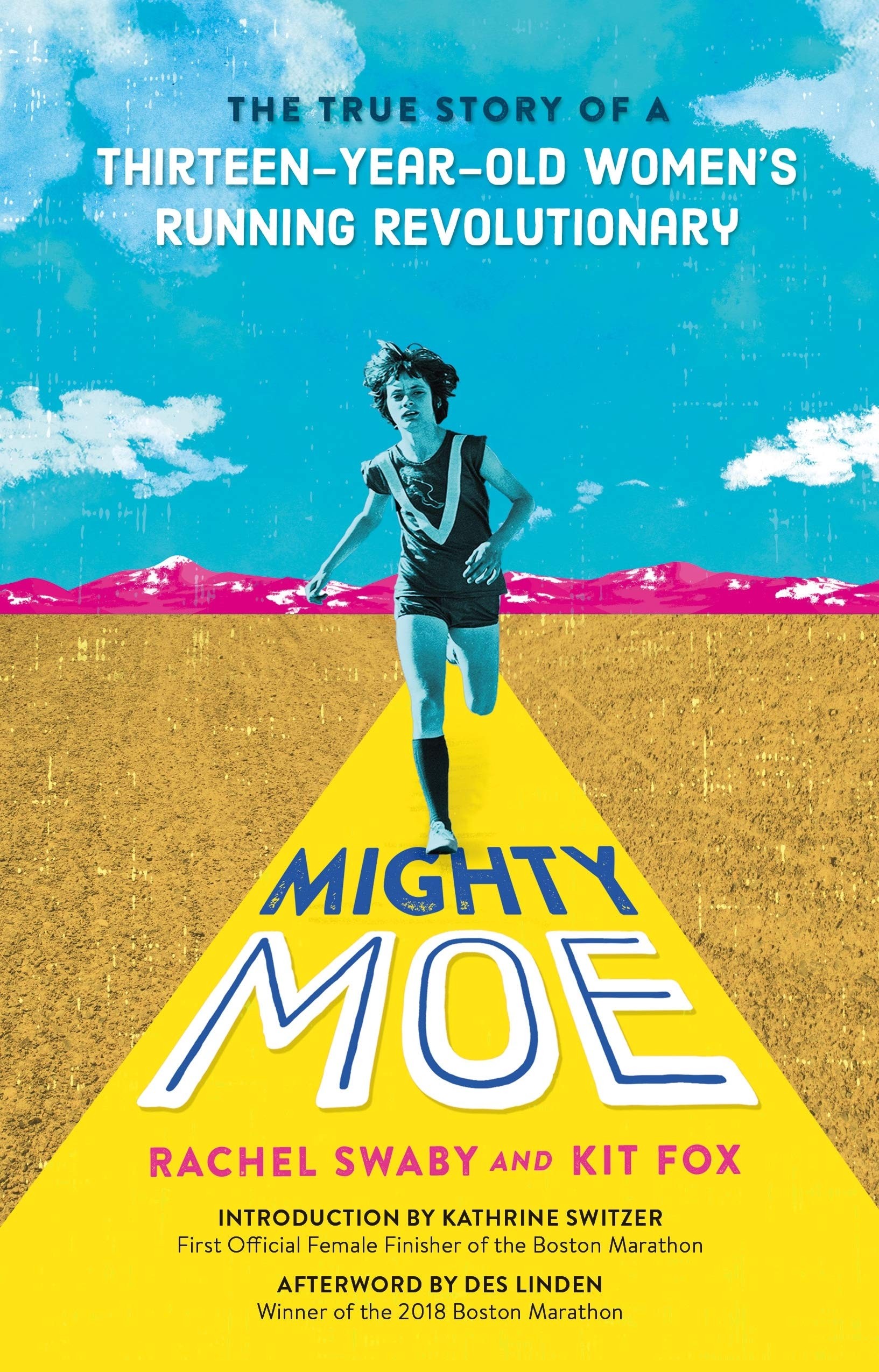 Written by: Rachel Swaby, Kit Fox
Recommended Age: 12 and up

In 1964, Maureen Wilton's brother brought home a running race ribbon — and the 10-year-old girl decided she wanted one too. But people believed running was dangerous for women's health. Maureen was determined to prove them wrong, in 1967, the 13-year-old broke the women's world marathon record. She was dubbed "Mighty Moe" by the press, but her win kicked off a storm of public disapproval that made her quit running. However, her example proved that girls could run — and Mighty Moe herself finally found her way back to the sport decades later. This inspiring story of a running pioneer includes a foreword by Kathrine Switzer, the first woman to officially register for the Boston Marathon. 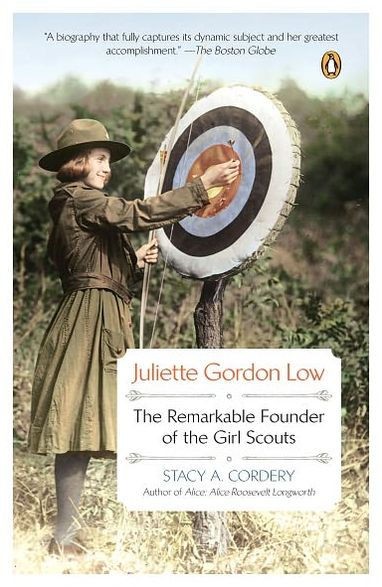 As a girl, Juliette "Daisy" Gordon Low was in constant conflict between her adventurous heart and the expectation of being a proper Southern lady. When she married and moved to England, she found privileged life boring and aimless... until she met Robert Baden-Powell, the founder of the Boy Scouts, and decided to create a similar program for girls in America. The Girl Scouts of the USA would become a nation-wide organization that counts millions of American girls and women in its ranks, changing their lives forever. In this enthusiastic biography, author Stacy A. Cordery celebrates a daring, determined woman who refused to be held back. 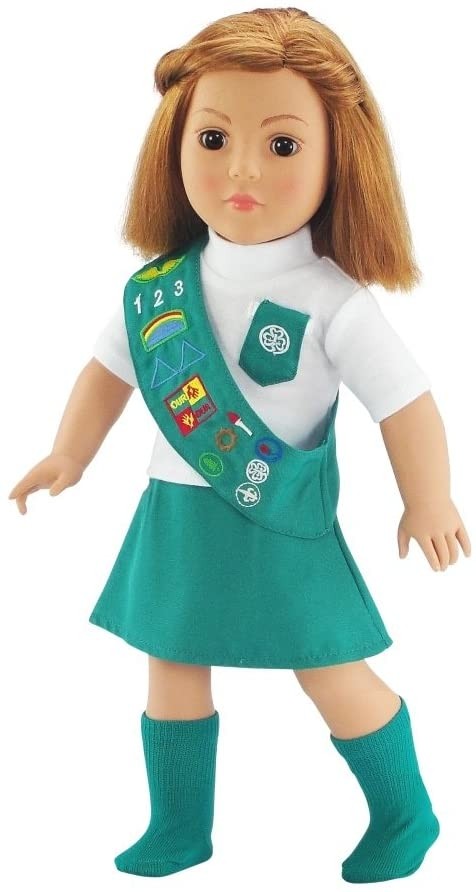 Her doll best friend can join her at her next troop meeting with this Girl Scout inspired uniform from Emily Rose! This four-piece set features a short-sleeved shirt with removeable insignia tag, a green skirt with real pockets, a pair of green socks, and a green sash with 10 embroidered patches and a troop number. The shirt and skirt feature easy closures, so kids can dress their doll all by themselves! These doll clothes fit most 18" dolls, including American Girl, Our Generation, Madame Alexander, and more. 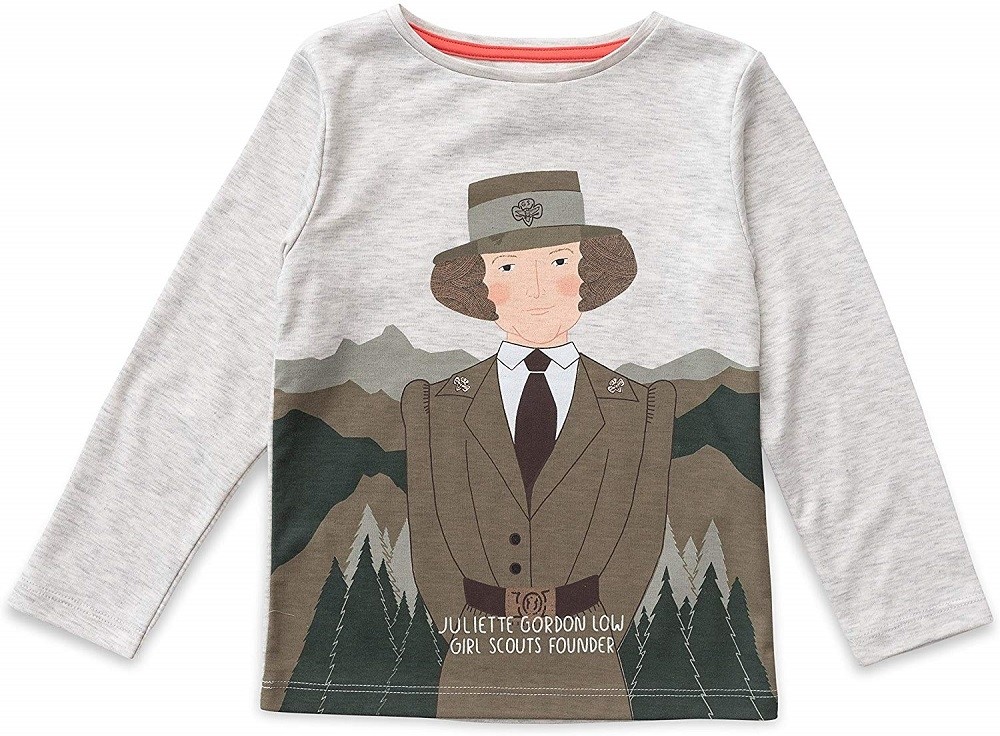 As the founder of the Girl Scouts, Juliette Gordon Low encouraged generations of girls! Pay tribute to this inspiring woman with this long-sleeved crew-neck shirt from Piccolina, a female-founded company based in NYC. This 60% cotton, 40% polyester shirt is comfortable to wear and features a graphic of Low enjoying the great outdoors. Available in toddler sizes 2T, 3T, 4T, and 5T, and children's sizes 6 and 7.