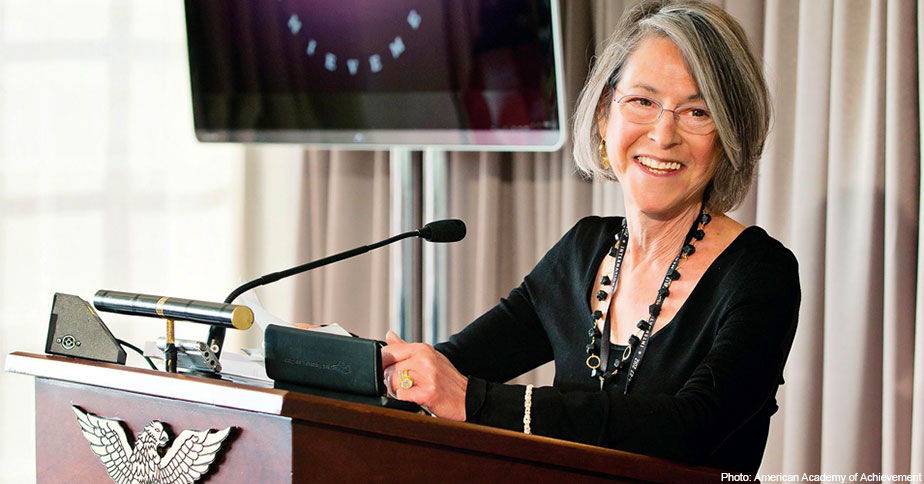 The acclaimed American poet and essayist Louise Glück has been awarded the 2020 Nobel Prize for Literature! The Nobel committee praised Glück "for her unmistakable poetic voice that with austere beauty makes individual existence universal." The 77-year-old Yale professor is best known for lyric poems focused on intense personal experiences, such as those involving loss, rejection, desire, and healing. She has been honored with a Pulitzer Prize for The Wild Iris and a National Book Award for Faithful and Virtuous Night, as well as serving as the Poet Laureate of the United States for 2003 to 2004. In announcing the award, the Nobel Prize committee chair Anders Olsson, praised Glück's unique voice, observing: "It is candid and uncompromising, and it signals that this poet wants to be understood — but it is also a voice full of humor and biting wit.” 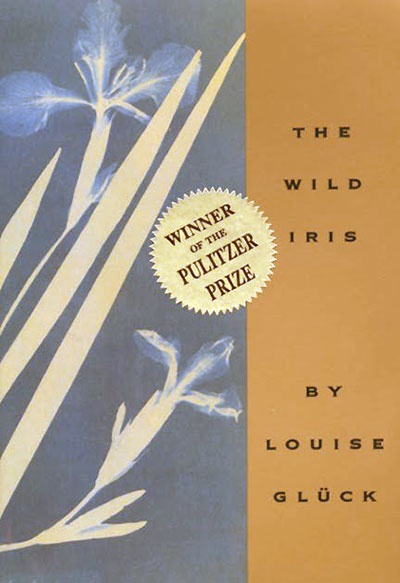 Glück was born in New York City in 1943, and her parents encouraged her literary interests from a young age, teaching her Greek mythology and classic stories from history like the life of Joan of Arc. She developed the eating disorder anorexia nervosa in her teens, and spent years undergoing therapy. "It was a very, very, very important event for me, because it got me into psychoanalysis, which became important to my thought," she said in a 2012 interview. "I feel as though I learned how to think in psychoanalysis.  And I recovered a self that could be in the world." Because of her illness, Glück did not enroll in college as a full-time student, instead attending poetry workshops with Léonie Adams and Stanley Kunitz at Columbia University's School of General Studies.

Glück published her first book of poetry, Firstborn, in 1968, but then struggled with writer's block until she began teaching at Goddard College in Vermont. "It was one of the greatest gifts of my life," she later reflected. "Teaching released me. It was one of the most dramatic transformative experiences of my life and entirely positive." Personal struggles and tragedies made their way into her work, giving it a raw and emotional quality that spoke to many readers. She also often draws on mythology and history as a framework to explore both her personal experiences and modern life, and on nature as a focus for contemplation about self and the divine. The wealth of symbolism and meaning in her poetry make it a rich opportunity for analysis, and her poem "Mock Orange" from The Triumph of Achilles is often called an "anthology piece" because of how often it appears in collections and college textbooks.

In recent years, Glück has published more volumes of poetry, including Averno, which was a National Book Award finalist, and A Village Life, which was a finalist for the Griffin International Poetry Prize. The publication of a collection of 50 years of her poetry, Poems 1962-2012, was hailed as "a literary event... magisterial in execution [and] monumental in scale." In her most recent collection of essays, 2018's American Originality: Essays on Poetry, she explores the meanings and importance of both classic American poetry and the works of young and emerging poets, and confronts the idea that great art must always spring from despair and pain. Instead, she argues, well-being and happiness can help a writer build a beautiful, poetic life.

The Nobel Prize in Literature was created in 1901, and Glück is the sixteenth woman to receive the prestigious award; previous American laureates include Toni Morrison in 1993 and Bob Dylan in 2016. When her win was announced, Glück was astounded and nearly at a loss for words: "It's too new, I don't know, really, what it means.... Mostly I am concerned for the preservation of daily life with people I love." However, she has shared insightful advice for young would-be poets in previous interviews: "Read poetry. Read. Keep yourself open to alternatives.... [But] live in the world," she advised. "I think your poems — the ones that are yours and not skillful clones of existing poems — will come about through your having lived the life that most closely enacts your own passions."

On Wings of Words: The Extraordinary Life of Emily Dickinson 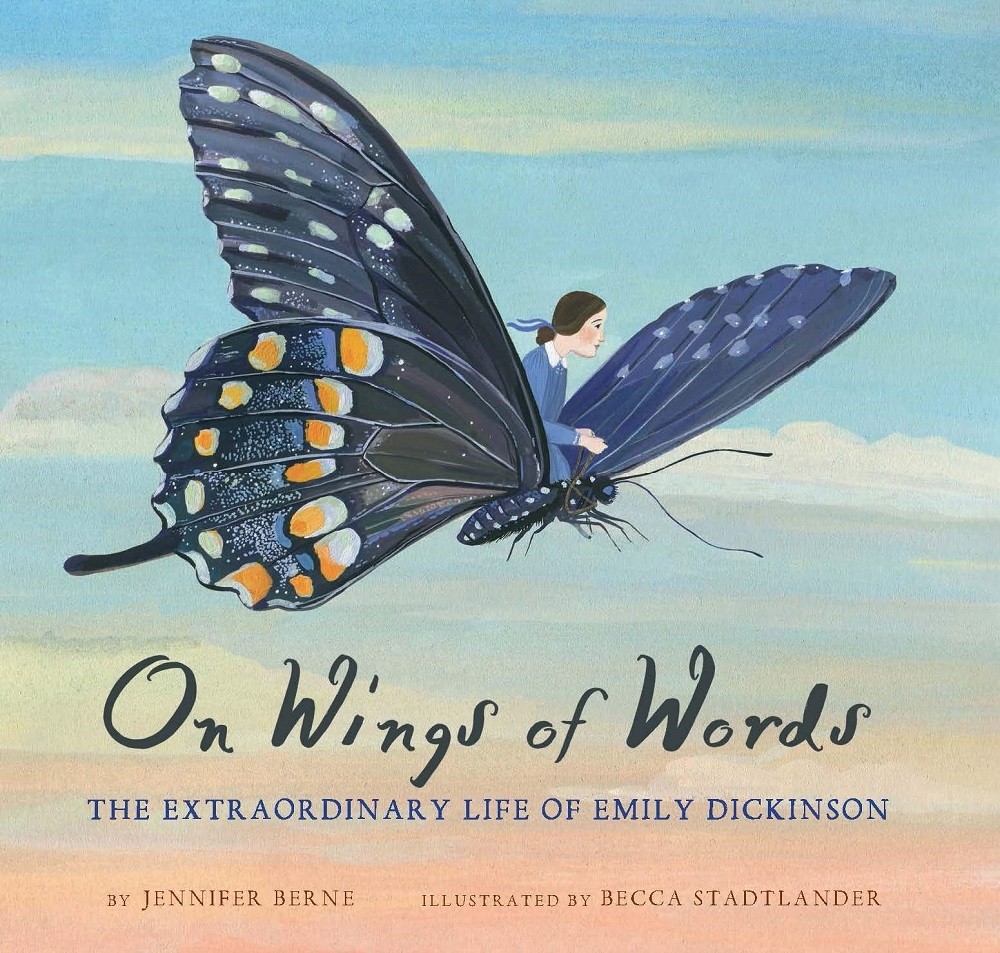 On Wings of Words: The Extraordinary Life of Emily Dickinson

As a girl, Emily Dickinson loved small things, like flower petals and rays of light — but she asked big questions. She also loved the written word, so when the adults in her life told her "to believe without knowing why," she turned to writing to help her explore what she could see and understand. In time, she retreated to her room, but her words helped her world keep feeling big — and left a treasure trove of astounding poetry that's still beloved today. This lyrical biography, which incorporates lines of Dickinson's own poetry and features stunning artwork by Becca Stadtlander, is a whimsical and wondrous look at one of the world's greatest poets.

Exquisite: The Poetry and Life of Gwendolyn Brooks 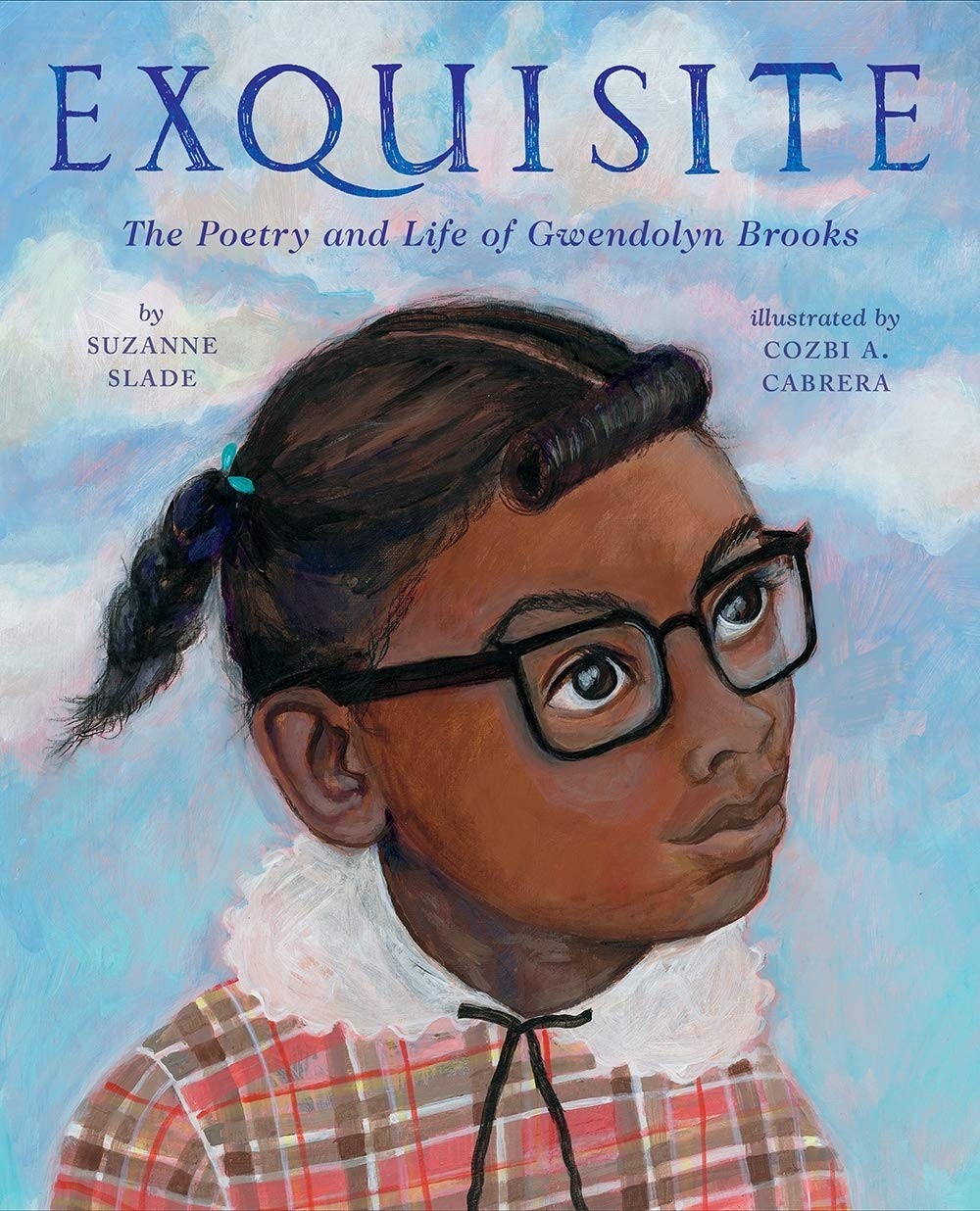 Exquisite: The Poetry and Life of Gwendolyn Brooks

Gwendolyn Brooks fell in love with poetry at a young age, thanks to her father's recitations and her mother's encouragement. She first picked up a pen to write her own poems when she was 7. Unlike many poets, she wrote about real life: about love and loneliness, the poverty of the Great Depression and the family that helped her survive. For many years, her published poetry earned little money — but in 1950, she became the first Black poet to with the Pulitzer Prize! This beautiful picture book biography explores how race, gender, and poverty intersected in Brooks' life, and celebrates the power of self-expression and creativity in difficult times.

Rise! From Caged Bird to Poet of the People, Maya Angelou 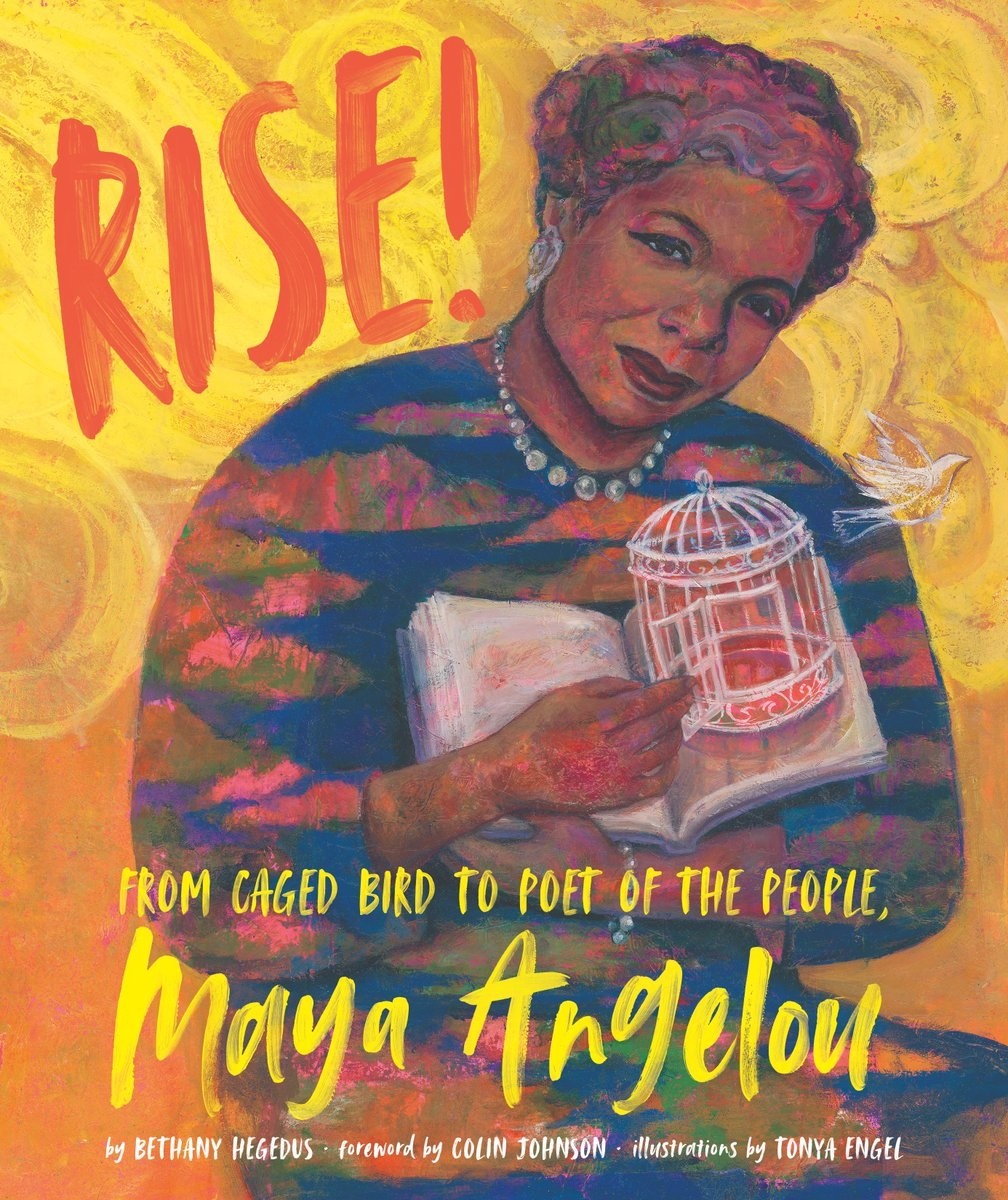 Rise! From Caged Bird to Poet of the People, Maya Angelou

A a child in Stamps, Arkansas, Maya Angelou seemed ordinary — even though she faced brutal trauma that left her feeling like a caged bird. But Angelou's love of the written and spoken word helped her survive her emotional pain, triumphing over all the forces that could have ground the inspiration out of her. In this luminous picture book, lyrical text by Bethany Hegedus and metaphorical illustrations by Tonya Engel create a unique, vibrant portrait of one of the 20th century's most distinctive voices. This powerful picture book biography for tween readers, written for the 50th anniversary of the publication of I Know Why the Caged Bird Sings, is both comprehensive and emotionally moving. 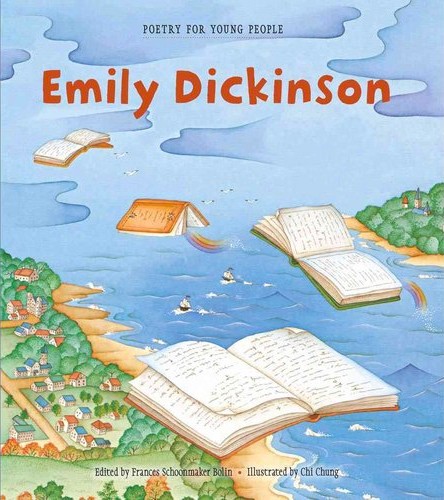 It's a rare person whose heart doesn't stir at the lines "Hope is the thing with feathers" or "I dwell in Possibility." Emily Dickinson is considered one of the founders of the American poetic voice, and her poetry has been adored by generations of readers. Now, in this volume from the Poetry for Young People series, middle grade readers can learn about this groundbreaking poet and enjoy some of her most beloved poems. With vibrant illustrations and a brief biography that explores Dickinson's unique place in American history, this is an elegant tribute to Dickinson's life and work. 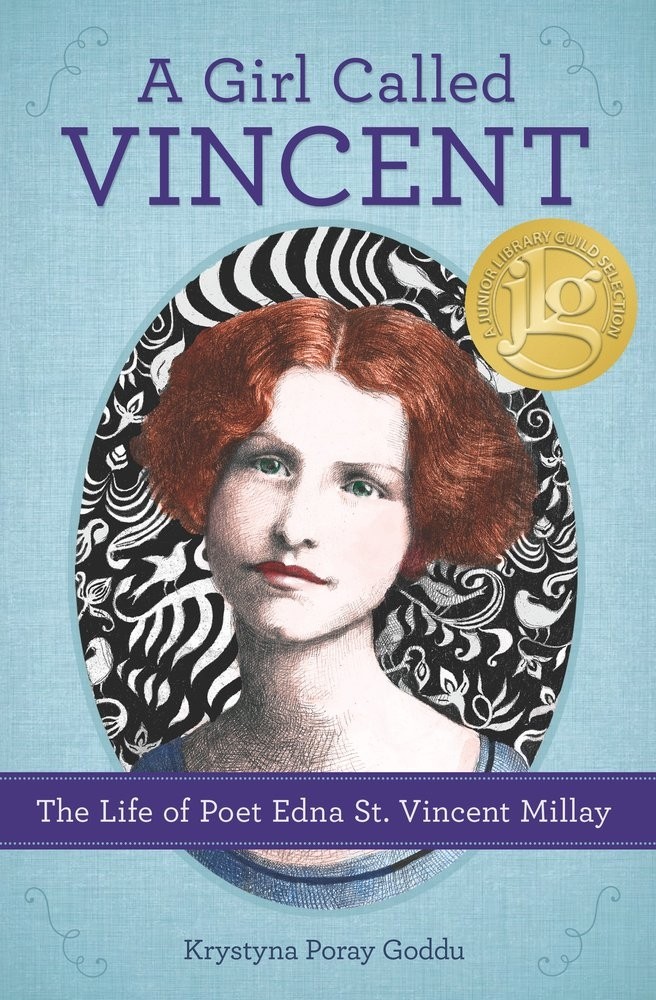 From a childhood in poverty in rural Maine, the rebellious, creative Edna — known as Vincent — became an acclaimed poet and the embodiment of the liberated Jazz Age woman. By young adulthood, she was bewitching audiences with her performances and dreaming of life beyond her small community. Despite the challenges of a life in the public eye in both New York and Paris, she still wrote bestselling volumes of poetry, plays, translations, and even antiwar propaganda and an opera. This fascinating biography of Edna St. Vincent Millay, packed with photos, poems, diary excerpts, and more, perfectly captures this remarkable, Pulitzer Prize-winning author's dedication, creativity, and passion. 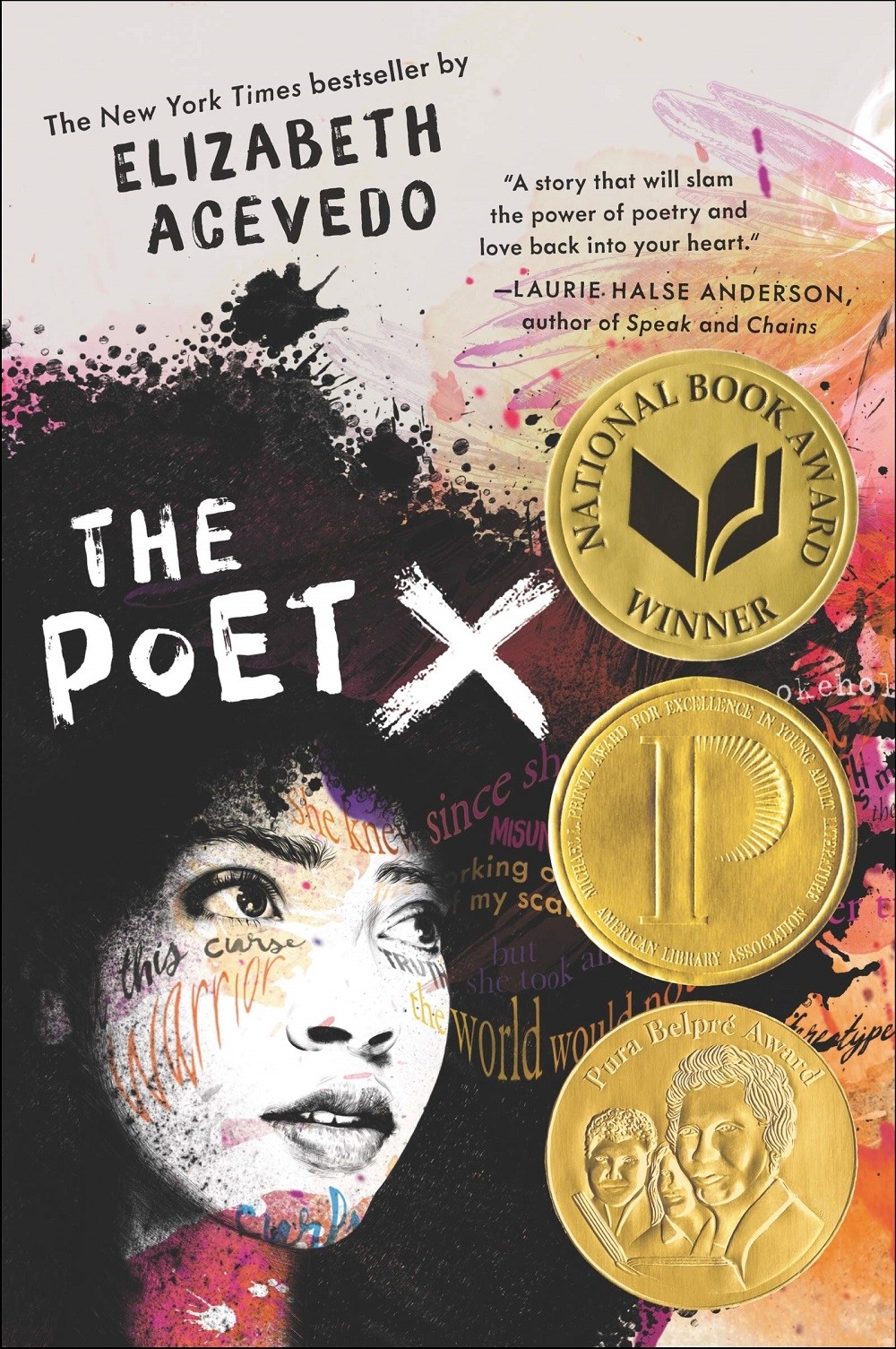 Written by: Elizabeth Acevedo
Recommended Age: 14 and up

15-year-old Xiomara Batista feels voiceless in her largely Dominican community in Harlem: since she developed curves, she's relied on her fierce exterior and a willingness to throw a punch to keep herself safe. But she pours all of her frustration and insecurity — as well as her conflicts with her strict, religious mother — onto the pages of a notebook. When Xiomara is invited to join her school's slam poetry club, however, she's faced with a choice: leave her poems unspoken or raise her voice, no matter what people think. This powerful novel in verse, winner of the 2018 National Book Award for Young People’s Literature, offers a thoughtful look at identity, family, and the power of words through the eyes of a teen girl. 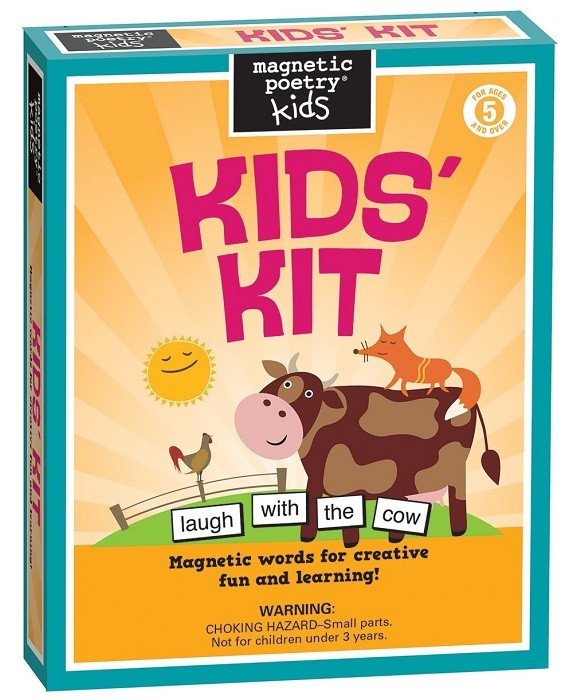 Why should adults be the only ones to have fun with a Magnetic Poetry set? Kids can use these tiles to experiment with wordplay on any magnetic surface. The kit includes over 360 magnetic words and fragments that kids can play with to create simple sentences or their own poetry. The words included are specially selected by kids, parents, and teachers to be both simple and popular with young wordsmiths. Plus, it all comes in a reusable metal tin for easy transport, so kids can create anywhere!