Janet Yellen was sworn in as U.S. Treasury Secretary today, making her the first woman in the Treasury's 232-year history to hold the position. 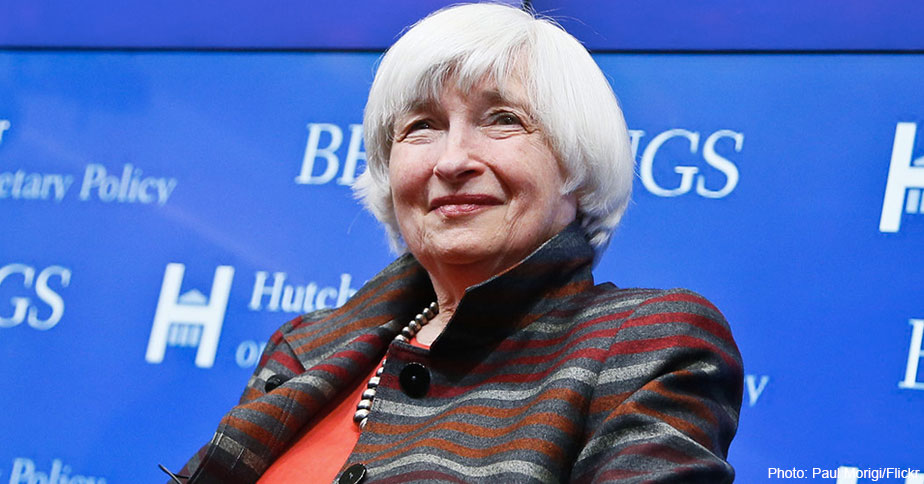 Janet Yellen was sworn in as U.S. Treasury Secretary today, making her the first woman in the Treasury's 232-year history to hold the nation's most powerful economic position. Yellen was confirmed with broad bipartisan support on a 84-15 vote by the Senate yesterday. She is now the first woman to hold all three top economic job in the federal government having previously served as the chair of Council of Economic Advisors and the chair of the Federal Reserve. Yellen's first priority in her new role will be steering the administration's new stimulus plan, designed to revive the pandemic-battered economy, through Congress and, once approved, oversee the deployment of relief aid to individuals and businesses.

When then President-elect Joe Biden nominated Yellen as his Treasury Secretary, he observed that her historic appointment would be deserving of a tribute similar to the blockbuster musical by Lin Manuel-Miranda about Alexander Hamilton, the nation's first secretary of the treasury. The idea became reality after the news program Marketplace asked Dessa, a Minnesota artist who contributed to "The Hamilton Mixtape," to honor Yellen with a song. The result is "Who's Yellen Now?", a 'Hamilton'-esque celebration of the trailblazing labor economist, which can be listened to below.

Yellen was born to a Polish Jewish family in Brooklyn, New York in 1946. After graduating as her class valedictorian, she attended Brown University where she switched her major from philosophy to economics at the recommendation of her professors. She earned her PhD from Yale University, where she was the only woman to receive an economics doctorate in 1971. One of her professors, the future Nobel laureate Joseph Stiglitz, considered her one of his brightest and most memorable students. After graduation, she landed a junior position in Harvard University's economic department, where she was one of two women on the faculty.

The sexism in economics at the time, however, was so extreme that the American Economics Association felt compelled to pass a resolution in 1971 declaring that "economics is not exclusively a man's field." "Women in general weren’t highly respected,” observed Christine Rosen, a professor at Berkeley who was hired two years after Yellen joined the faculty there in 1980. “What’s impressive is that [Yellen's] managed to overcome a lot of the prejudice that was out there.”

In the 1990s, Yellen's career took on more national prominence when she chaired President Bill Clinton's Council of Economic Advisors starting in 1997. In that role, she oversaw a landmark report on the gender wage gap which concluded that the 25 percent difference between average pay for women and men at the time was attributable to discrimination within the workforce. In 2004, she became the female female president of the Federal Reserve Bank of San Francisco, and in 2013, she became Chair of the Federal Reserve, becoming the first woman to lead the U.S. central bank or any of the world's major central banks.

In her new role as Treasury Secretary, Yellen said in her recent testimony to the Senate Finance Committee that she plans to take bold action in the face of the current economic crisis, observing: "The pandemic has caused widespread devastation. The damage has been sweeping, and... our response must be, too."

Children's Books About Women in Politics

The Only Woman In The Photo: Frances Perkins & Her New Deal for America 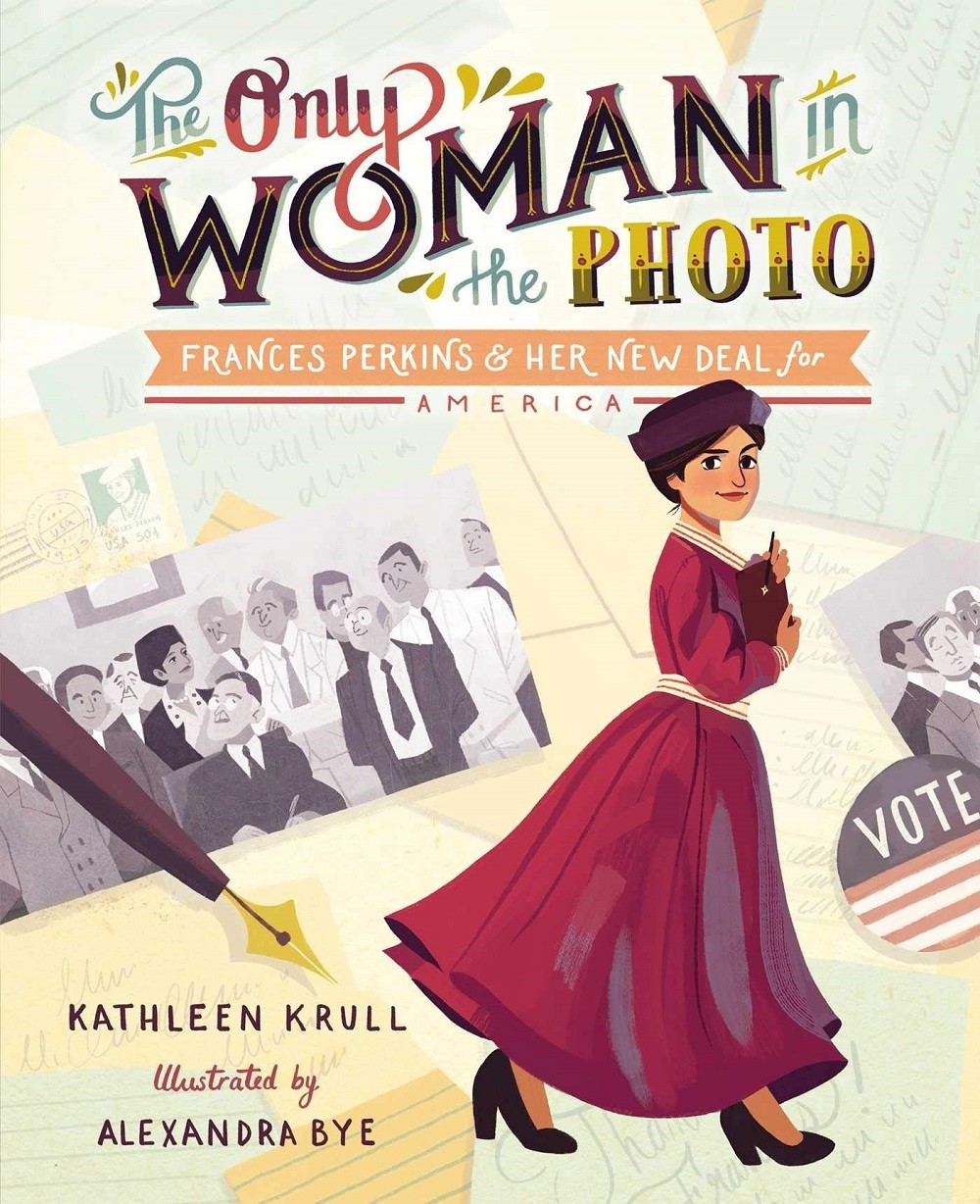 The Only Woman In The Photo: Frances Perkins & Her New Deal for America

Frances Perkins grew up at a time when girls weren't supposed to speak up, but her grandmother encouraged her to challenge herself: "when somebody opens a door to you, go forward." She discovered her passion in activism, and became a ferocious advocate for working people across America. And when the newly elected President Franklin Delano Roosevelt asked her to bring her wisdom to his cabinet — and hopefully pull the country out of the Great Depression — she answered that she would... if she could "do it her way." This empowering picture book biography of the first woman in a presidential cabinet — and the mastermind behind Roosevelt's New Deal — will encourage kids to imagine how their own voices could change the world. 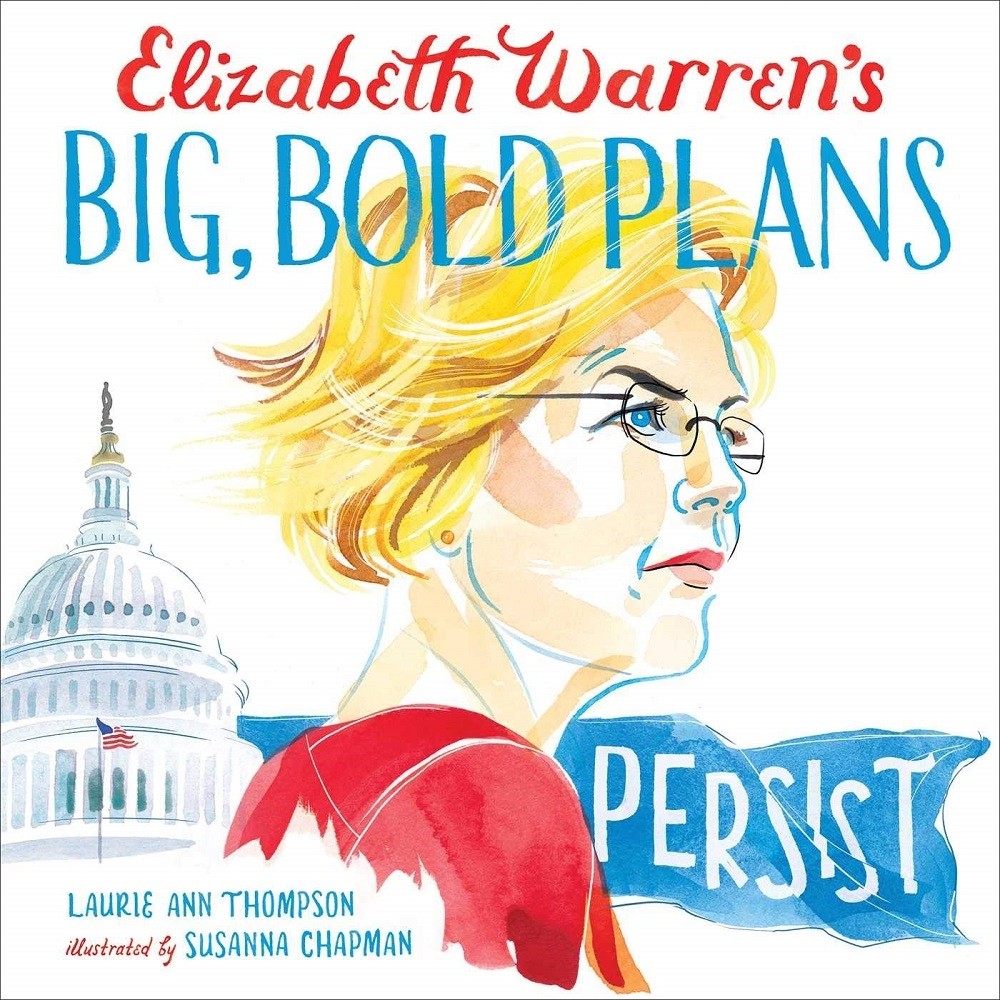 Elizabeth Warren always had a plan, but that doesn't mean her life always followed it! She wanted to be a teacher, but then she was fired when she became pregnant. So she pursued a career in law, and combined that passion with her interest in teaching to become a professor. And when she realized that the laws needed to be changed, she knew the best way to do that was to enter politics — first as a senator, and then as a presidential candidate. This inspiring picture book biography celebrates Warren's dedication, hard work, and principles, and encourages kids to imagine where their own big, bold plans could take them. For another book about Warren's life and career, check out Elizabeth Warren: Nevertheless, She Persisted.

Eleanor Makes Her Mark: How Eleanor Roosevelt Reached Out, Spoke Up, and Changed the World 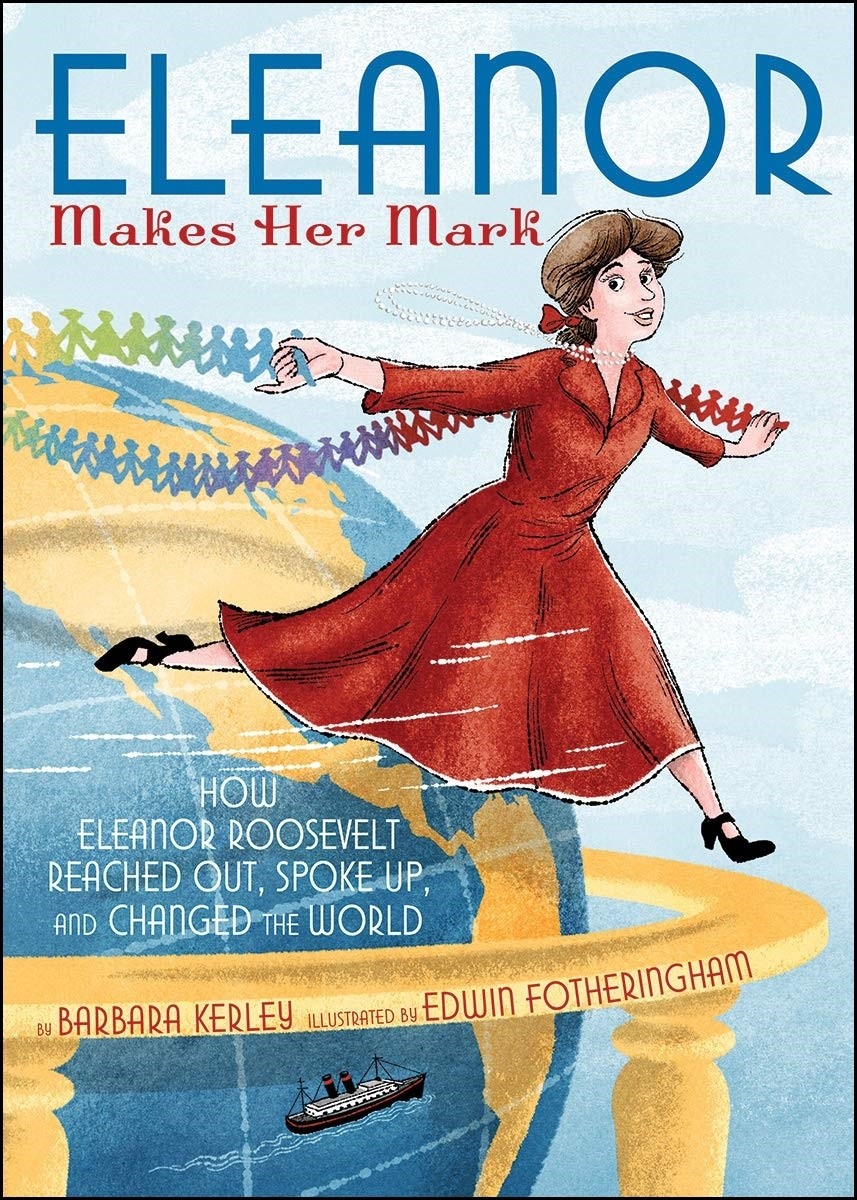 Eleanor Makes Her Mark: How Eleanor Roosevelt Reached Out, Spoke Up, and Changed the World

Eleanor Roosevelt didn't always know what she wanted to do — but she knew she wanted to "leave some mark upon the world." As a child, she discovered the joy of helping others and longed for adventures and the chance to make change. So when her husband became president, she was determined to use her new platform to give voice to those who couldn't speak for themselves — both in her own country and around the world. This exuberant biography of Roosevelt captures her candor, humor, and compassion, and inspires young readers to find their own way to leave the world a better place.

Leading the Way: Women In Power 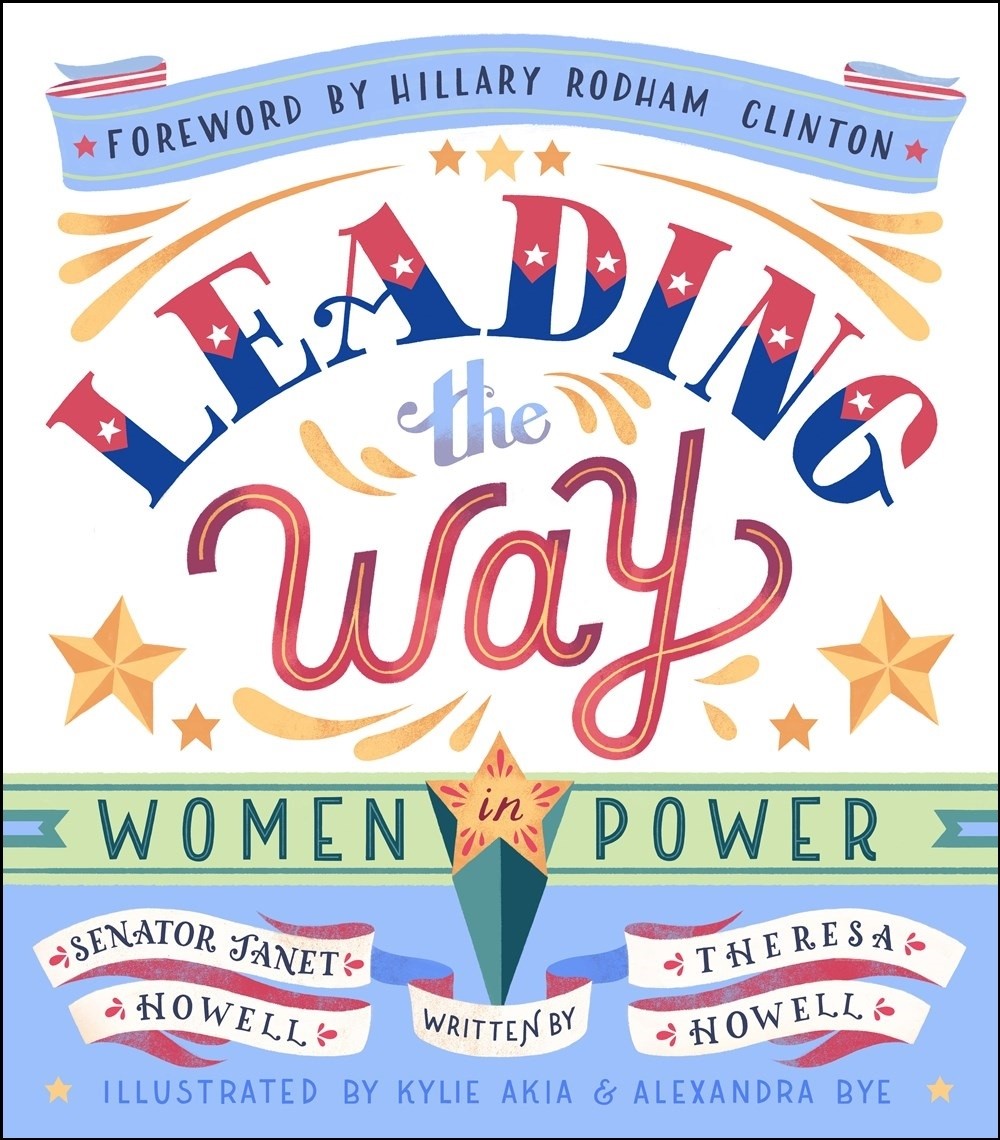 Leading the Way: Women In Power

Women may not have always been given a seat at the tables of power — so they, in the words of Shirley Chisholm, brought a folding chair! This inspiring volume pays tribute to women past and present who demanded their right to a voice in the political process, from suffragists like Elizabeth Cady Stanton and Ida B. Wells-Barnett, to early politicians like Victoria Woodhull, Bella Abzug, and Jeannette Rankin, to today's trailblazers like Elizabeth Warren, Kamala Harris, and Tammy Duckworth. Fifty capsule biographies of American women in politics give young readers a sense of the scope of women's impact on the country, from Frances Perkin's labor protections to Ruth Bader Ginsburg's key legal arguments and decisions. It's an exciting book that's sure to inspire a new generation of girls and women determined to change the world.

Her Impact on the Civil Rights Movement, the White House, and the World 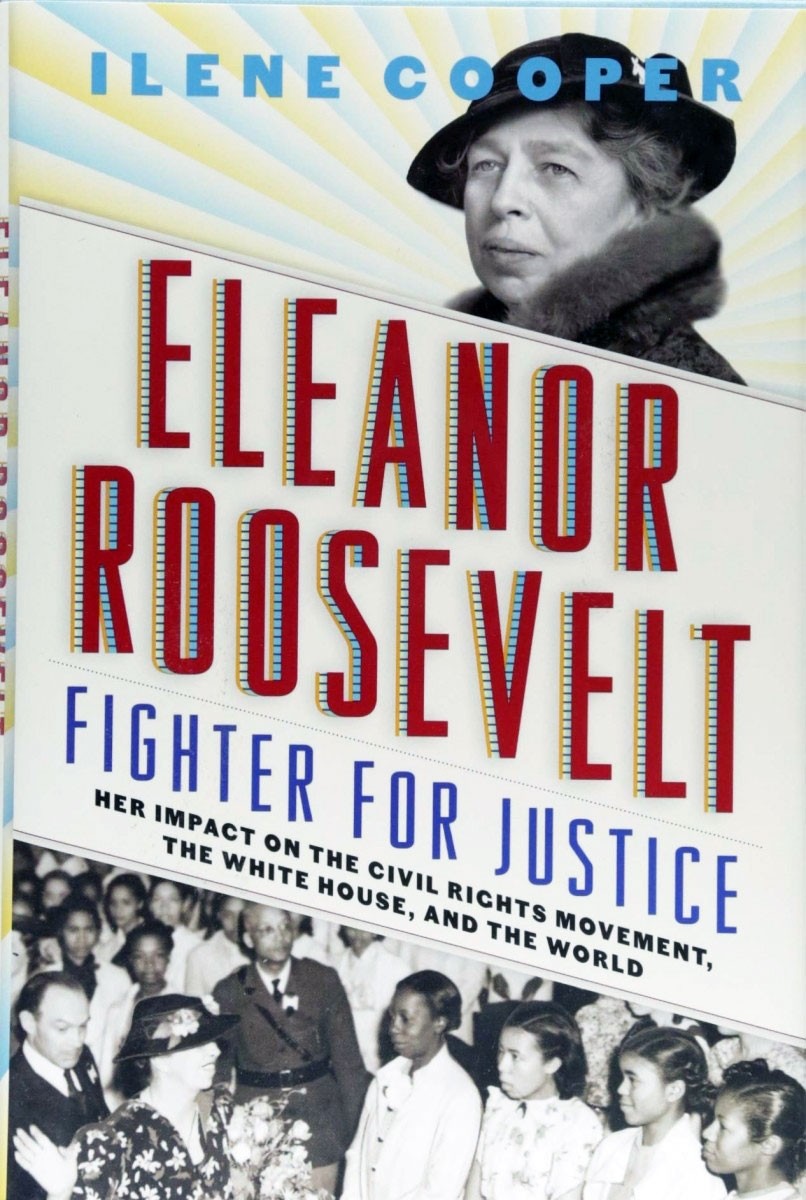 Her Impact on the Civil Rights Movement, the White House, and the World

Written by: Ilene Cooper
Recommended Age: 10 and up

As a child and a young woman, Eleanor Roosevelt was deeply insecure about her looks, and hesitant to raise her voice. But she realized that her politically important family — and later, her president husband — gave her a forum to push for positive change. As she fought her insecurities and her own prejudices, she also learned to speak out for those in less privileged positions, drawing attention to many causes, including the Civil Rights movement. Ilene Cooper's biography provides a new perspective on Roosevelt's life that will speak to many tweens and teens, and a reminder that anyone can be an advocate, and activist, and a crusader for justice.

A Woman Unafraid: The Achievements Of Frances Perkins 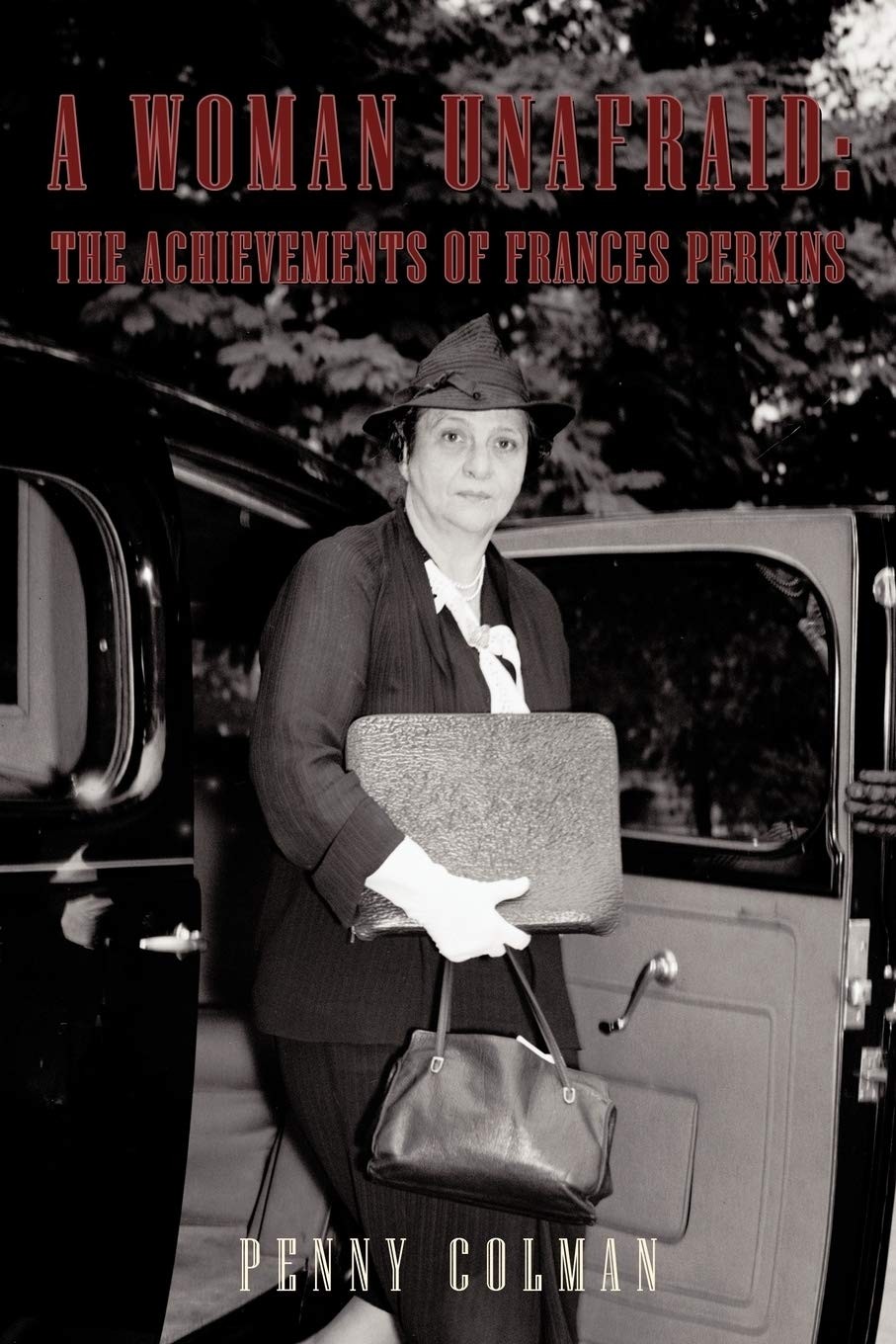 A Woman Unafraid: The Achievements Of Frances Perkins

Written by: Penny Colman
Recommended Age: 12 and up

She was the Secretary of Labor in the midst of the Depression — and in a time when women were not supposed to be powerful or outspoken — and yet Frances Perkins refused to back down from the challenges laid before her. With a deft hand, she pushed the nation to make changes including safer working conditions, shorter hours, and fairer wages; she fought for the end of child labor and for unemployment insurance and Social Security. This biography of the dedicated labor reformer proves Perkins’ famous assertion that, to get things done, “You just can't be afraid.”

The Woman Behind The New Deal: The Life and Legacy of Frances Perkins 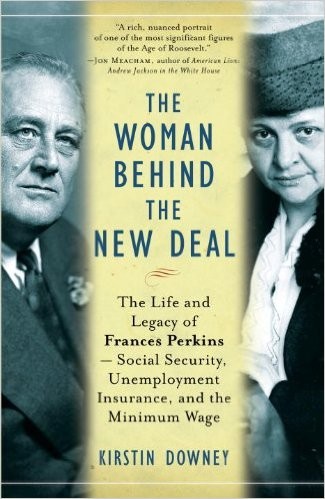 The Woman Behind The New Deal: The Life and Legacy of Frances Perkins

When Frances Perkins was named Secretary of Labor in 1933, the country was in turmoil — and a woman had never held a cabinet position. Perkins faced a difficult task: help millions of working class Americans, maintain her own family responsibilities, and prove that women were up to the task of doing both. In this extensively researched biography, readers will get a complete picture of the woman behind some of America's most important social welfare initiatives and labor legislation, from child labor laws to the 40-hour work week. 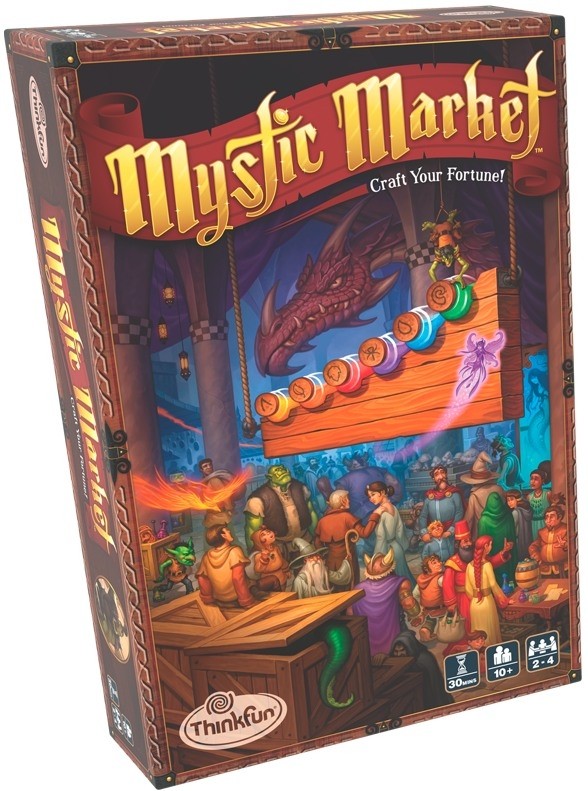 Manufacturer: ThinkFun
Recommended Age: 10 and up

Can you win at the Mystic Market? In this clever strategy card game, players take on the role of sellers in a market of exotic ingredients for magic potions. But just like in any real-life market, the value of the enchanted commodities is constantly changing. Should you sell your stock of phoenix feathers now, or hold on in hope they rise in price? Is it better to buy mermaid tears or pixie dust this turn? A unique value track ensures you'll have to think strategically and keep your eyes on the shifting nature of the market to come out ahead! This game for 2 to 4 players introduces kids to the basics of the market economy, all while they compete to earn the largest fortune!