The original plan called for the new design to be unveiled in 2020 on the 100th anniversary of the 19th Amendment.

The White House announced today that the U.S. Treasury Department will resume efforts to put abolitionist Harriet Tubman on the $20 bill. "It's important that our notes... reflect the history and diversity of our country, and Harriet Tubman's image gracing the new $20 note would certainly reflect that," White House press secretary Jen Psaki stated during a press conference.

When the Obama-era initiative was first set in motion in 2016, the original plan called for the new design to be unveiled in 2020 on the 100th anniversary of the 19th Amendment, which granted women the right to vote. The most recent Treasury secretary, Steven Mnuchin, delayed the redesign and, in 2017, after an upgrade of the Treasury Department's website removed all references to the Harriet Tubman $20 bill, concern grew that the administration might scrap the plan altogether.

The Treasury Department confirmed that it is now "exploring ways to resume" the process of putting Tubman on the bill. One challenge is that the new bill will need to be produced in a new, high-speed printing facility which isn't scheduled to go online until 2025. Designing the new bill is also complicated by the new counterfeiting and security features being incorporated into all future bills.

Tubman, who is most famous for her work as a "conductor" on the Underground Railroad, will be replacing President Andrew Jackson on the $20 bill. Once the bill is released, she will become the first African American to appear on U.S. currency. The image above is a preliminary design of the bill that was competed in late 2016. 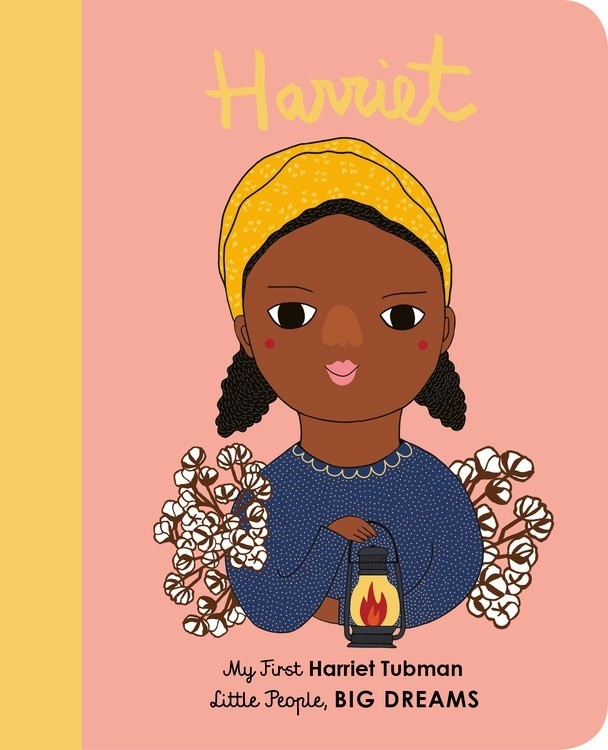 Harriet Tubman was born into slavery — but she knew that everyone should be free. She made a courageous escape and journey north through the Underground Railroad, but she couldn't bear to stay there knowing others needed her help. Harriet would return over and over to help more people escape to freedom; in all of her missions, she never lost a "passenger." This simplified board book adaptation of Harriet Tubman (Little People, Big Dreams) is an accessible way to introduce Tubman's inspiring story to toddlers. 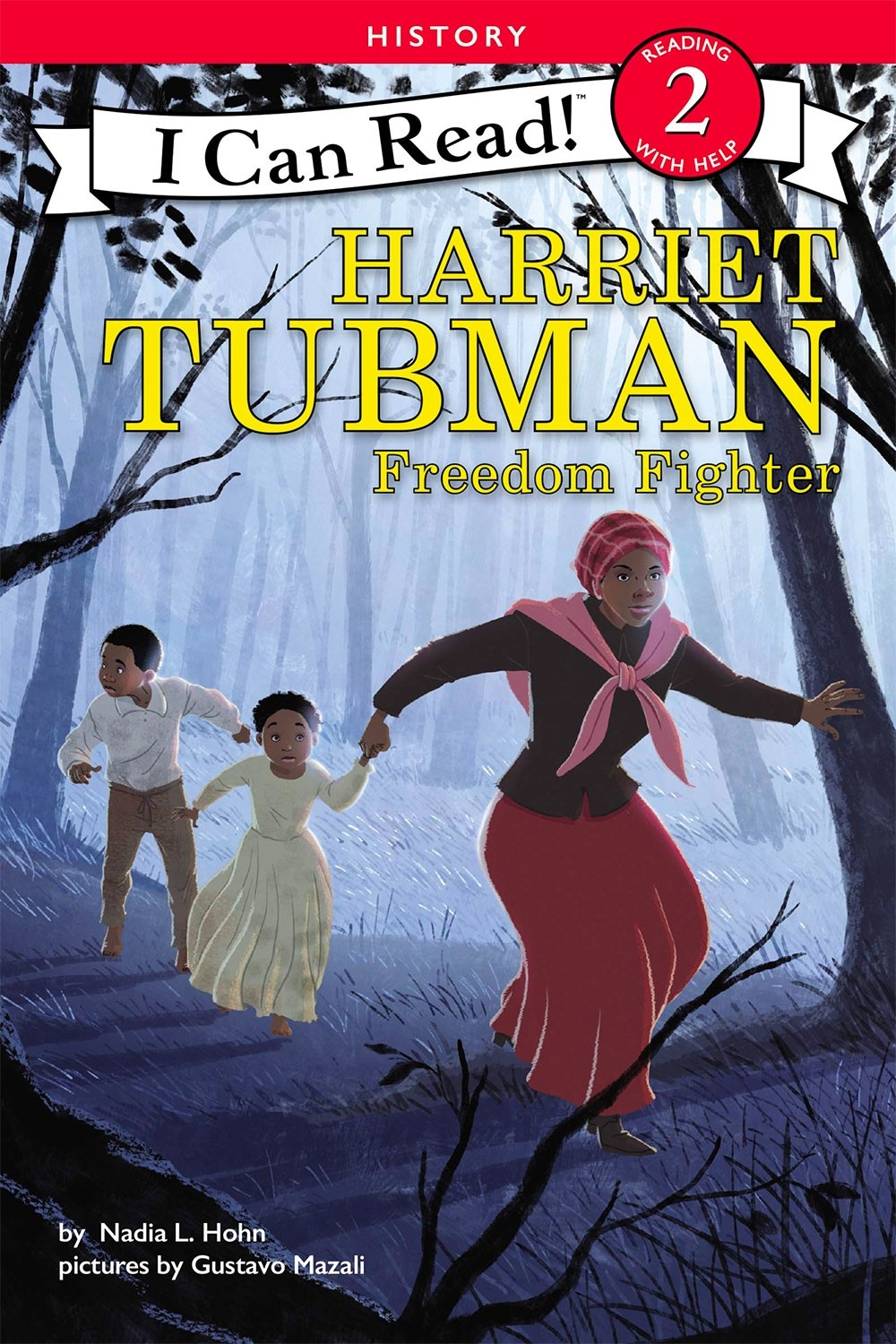 Introduce new readers to the amazing life of Harriet Tubman with this Level Two I Can Read early reader series biography. Tubman was born enslaved and risked everything to escape — and then went back, leading 13 escapes so that others could be free. Then, during the Civil War, she urged African-American men to enlist; she spied on the Confederates; and she even led a battle! A timeline, historical illustrations, and a rare photograph of Tubman accompany this book, which was carefully vetted by Harriet Tubman expert Dr. Kate Larson.

I Am Harriet Tubman 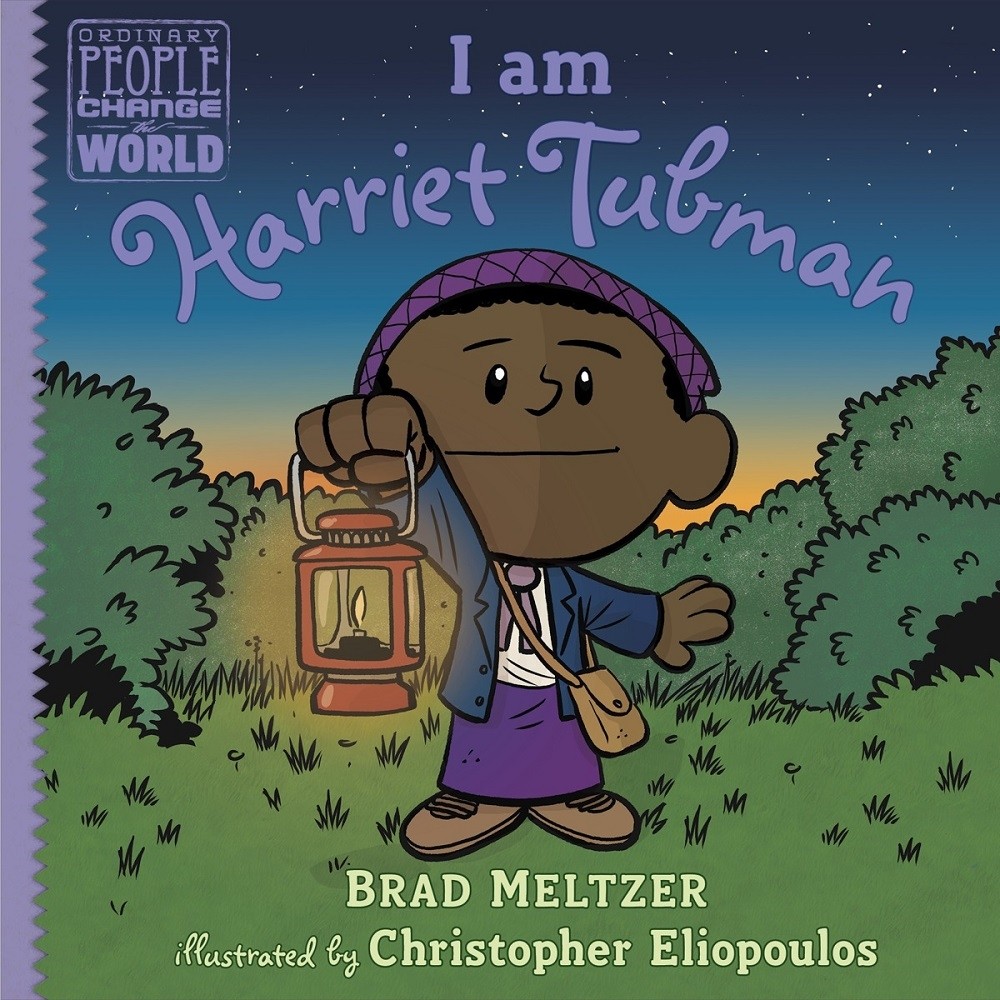 I Am Harriet Tubman

Harriet Tubman was born enslaved, but she had the courage to run to freedom – and then the courage to return, over and over, to help more slaves find their way to safety. As a conductor for the Underground Railroad, Tubman never lost a "passenger" and she helped free even more people as a master spy for the North during the Civil War! This volume from Brad Meltzer's best-selling Ordinary People Change The World series tells the story of a courageous and determined young woman who became one of America's greatest heroes. As in each of these delightful titles, illustrator Chris Eliopoulos's cartoon-styled artwork brings Harriet Tubman's story to life, while the engaging text strikes a wonderful balance between information and inspiration. 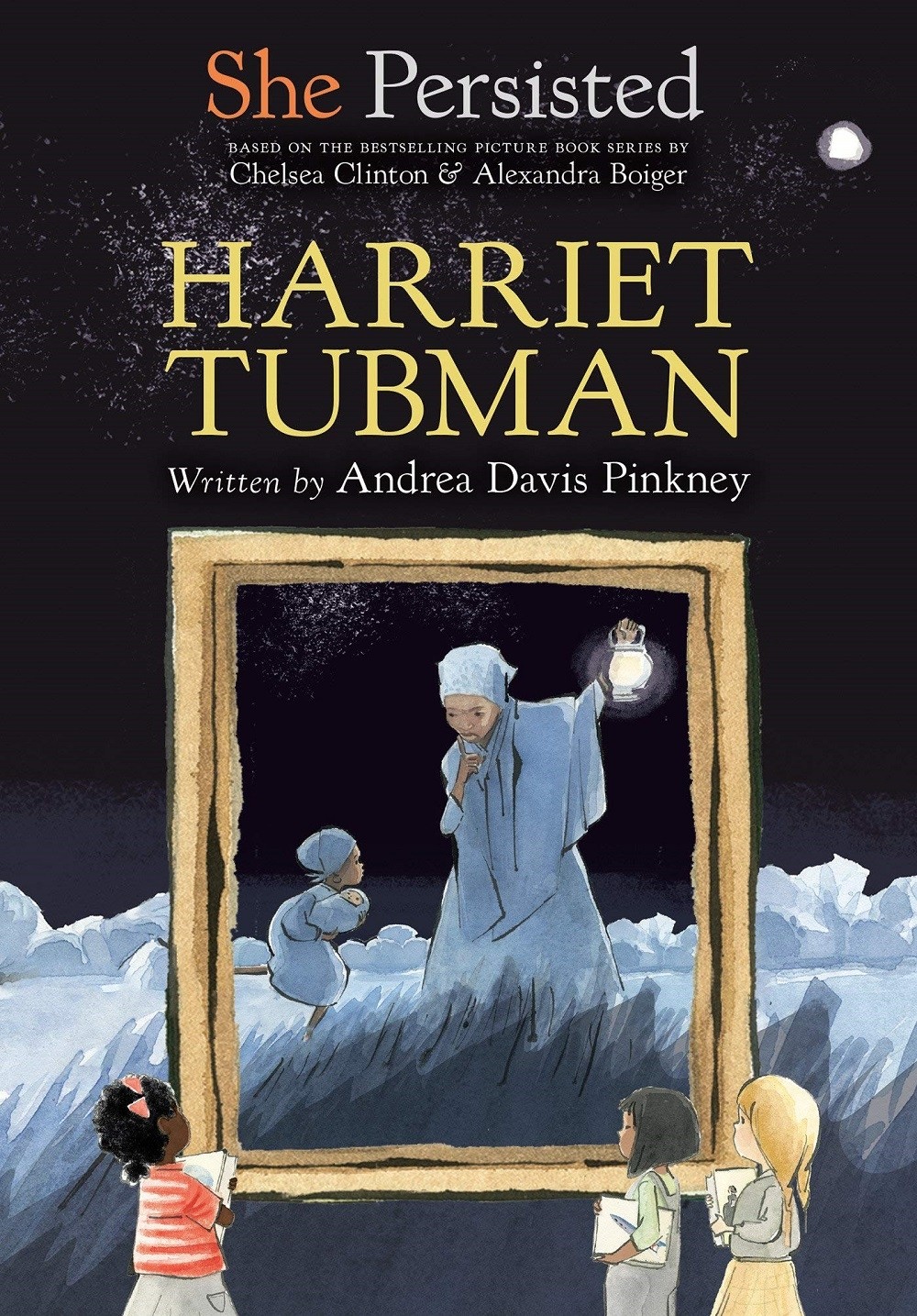 Inspired by Chelsea Clinton and Alexandra Boiger's bestselling She Persisted series comes the first volume of an early chapter book biography series! Harriet Tubman was born enslaved, but with her family's love to support her, she knew she deserved to be free. Not only did she escape herself, but she rose up to become a successful and famous "conductor" on the Underground Railroad — and to fight in the Civil War, helping to ensure freedom for everyone. Written by bestselling and award-winning author Andrea Davis Pinkney, with black and white illustrations by Gillian Flint, this is the perfect book for emerging readers eager to learn more about Tubman's courage and persistence — and how it changed the world. For another book from this series about an inspiring black woman, we recommend She Persisted: Claudette Colvin.

Chasing Freedom: The Life Journeys of Harriet Tubman and Susan B. Anthony, Inspired by Historical Facts 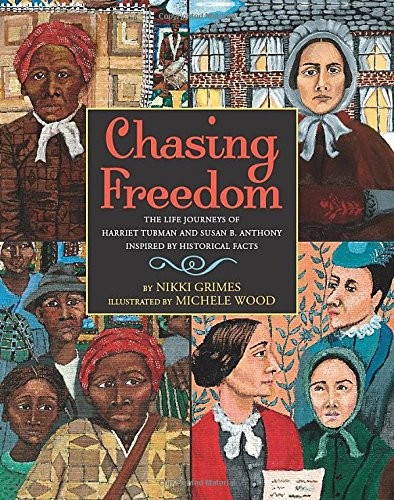 Chasing Freedom: The Life Journeys of Harriet Tubman and Susan B. Anthony, Inspired by Historical Facts

When women were just beginning their quest for the vote, it's important to remember that African Americans still faced the struggle to end slavery. In this work of historical fiction, award-winning author Nikki Grimes imagines a conversation between Harriet Tubman, the legendary Underground Railroad conductor and civil rights advocate, and Susan B. Anthony, the famous women's suffrage leader. As they chat, they tell their stories, set against the backdrop of a rapidly changing 19th century America. This unique look at two of America's history-making women also includes back matter that encourages kids to learn more about them and their period of history.

Who Was Harriet Tubman? 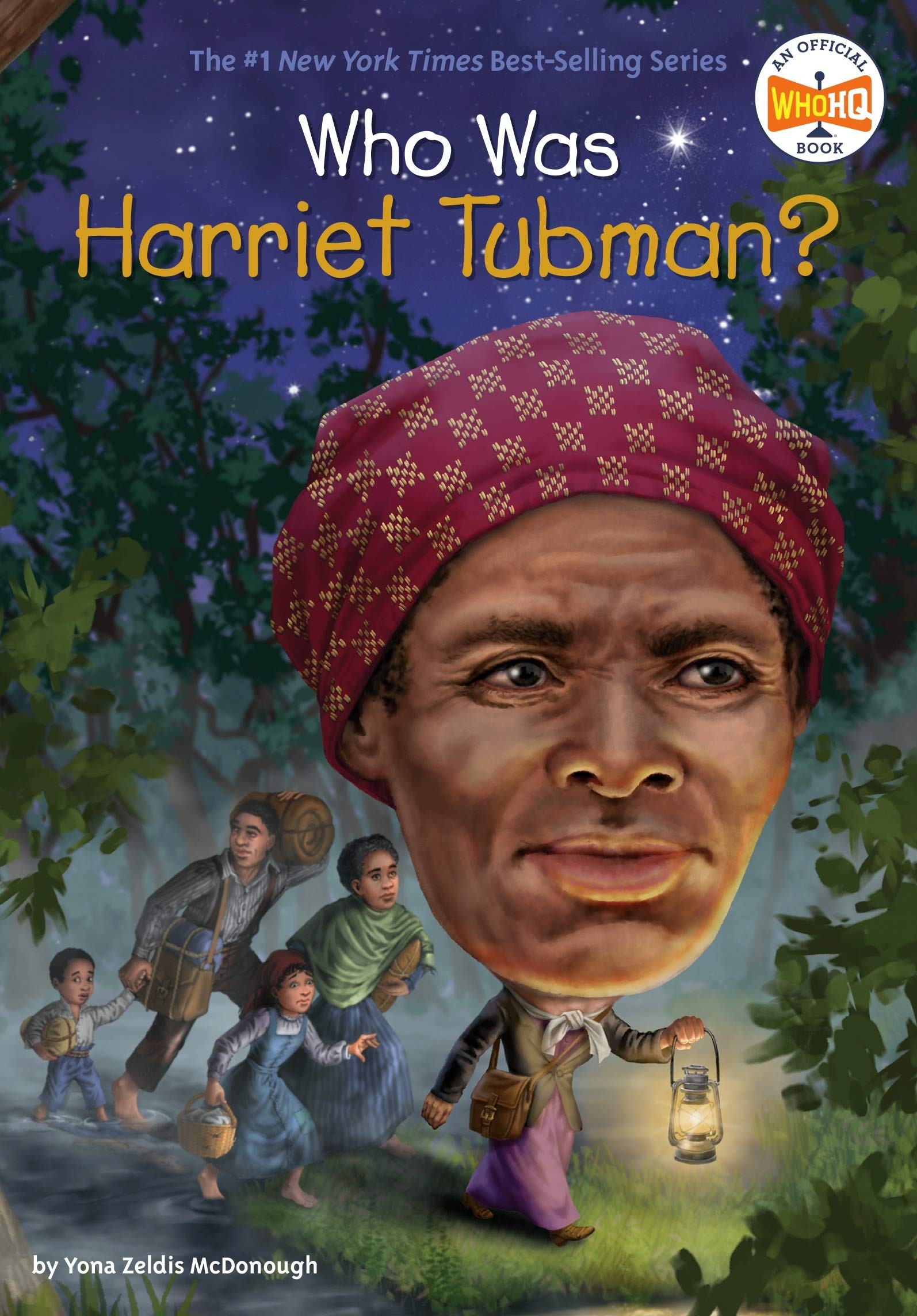 Who Was Harriet Tubman?

She was born enslaved, but Harriet Tubman knew that everyone should be free. After escaping herself, she courageously returned to the South over and over, leading more people to freedom; she could proudly declare that, as an Underground Railroad conductor, she had "never lost a passenger." During the Civil War, she supported the Union Army with intelligence, and even personally led a raid that freed 750 people. Newly updated in 2019, this book from the captivating illustrated Who Was...? biography series introduces young readers to an American hero.

The Underground Abductor: An Abolitionist Tale about Harriet Tubman 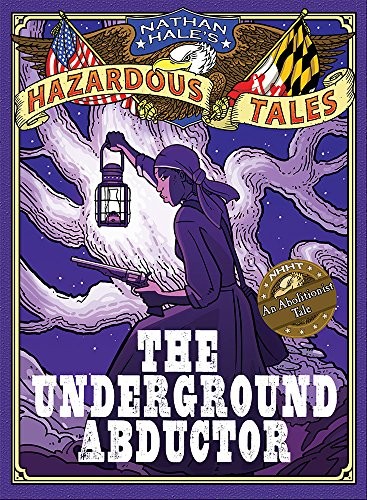 The Underground Abductor: An Abolitionist Tale about Harriet Tubman

As a slave in the early 19th century, Araminta Ross got to see just how bad the abuses of slave-owners could get. So despite the risk, she took off for places north of the Mason-Dixon line, where slavery was illegal and she could be free. She changed her name to Harriet Tubman... and then she went back. Tubman couldn't bring herself to leave others in bondage, so she spent the rest of her life helping other enslaved people escape. This graphic novel from the Nathan Hale's Hazardous Tales series paints a dramatic portrait of a truly courageous woman. 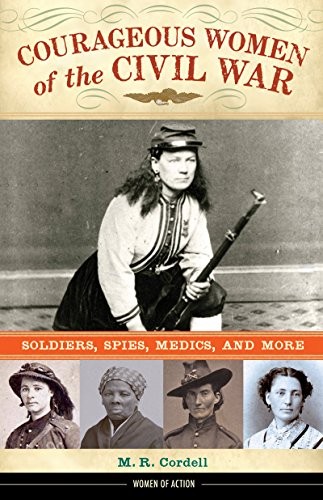 Written by: M. R. Cordell
Recommended Age: 12 and up

The Civil War captured the nation in patriotic fervor — and for many women, staying home and gathering supplies was not enough. Some of them defied all convention so that they could take on unconventional roles, often on the front lines. In this exciting book from the Women of Action series, teens will read 16 stories of soldiers, spies, medics, and more. With plenty of sidebars to offer context, this book will create a fuller picture of the role of women in the Civil War. 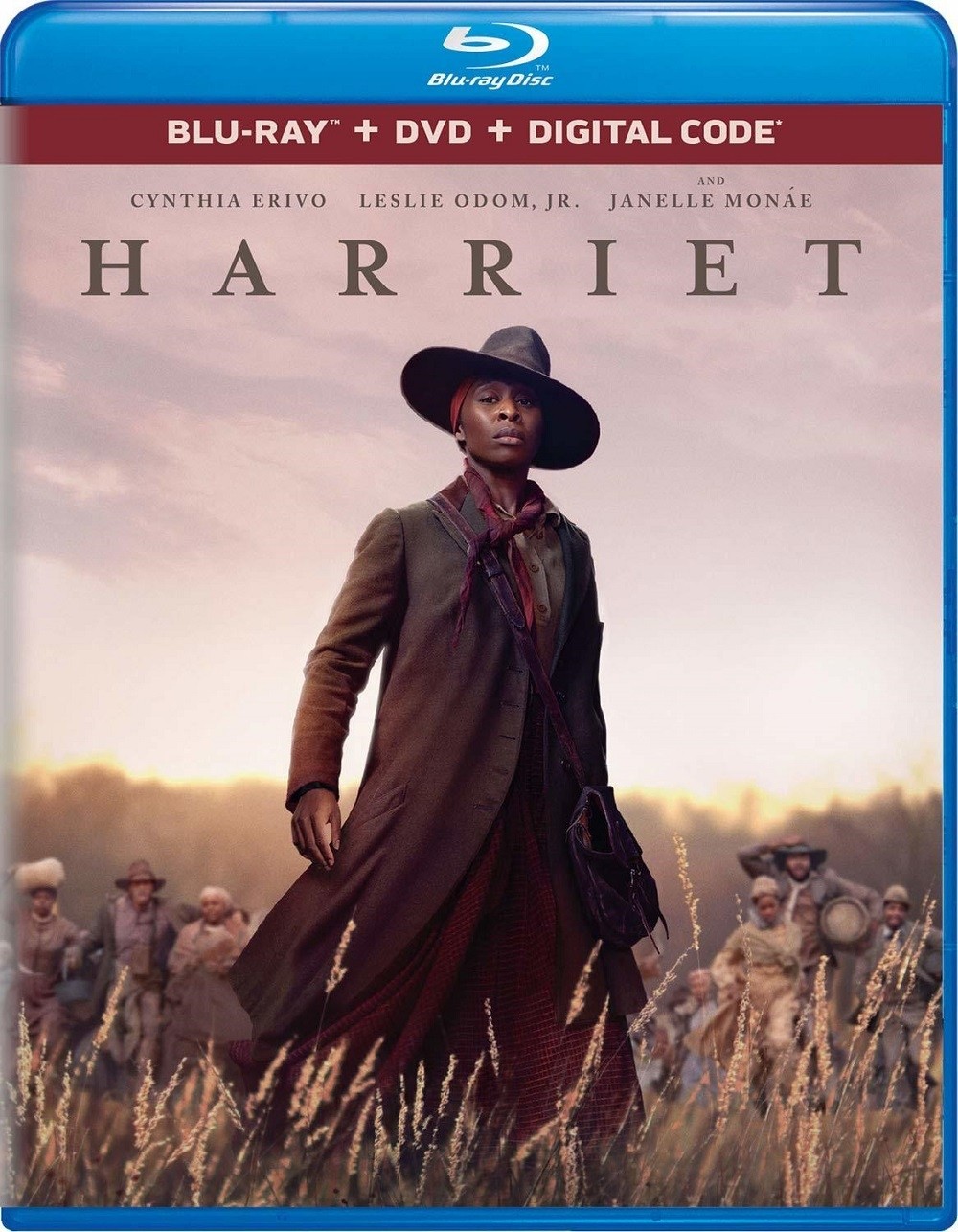 Witness the stunning story of Harriet Tubman in this gorgeous live action film about her life! Harriet risks everything to escape to her freedom, but she's haunted by the memories of those she left behind. With the help from abolitionist allies, she risks death — or perhaps worse, recapture — to guide others to slavery. And when the Civil War breaks out, she knows that it will be a defining part of her nation's history: the moment Americans fought for everyone to be free. Cynthia Erivo shines as Tubman in this stunning film about a woman who changed her life and the fate of a nation.

Harriet Tubman was an American hero: a nearly mythical figure who helped slaves escape to freedom, commanded a spy ring, and even led the charge during a Civil War raid. In this definitive adult biography of the Underground Railroad conductor, suffragist, and hero by historian Kate Clifford Larson, you'll learn incredible details about her life, her relationship with John Brown and Frederick Douglass, and her influence on the Abolitionist movement. Larson also explores her life after the Civil War, during which she fought for women's rights and impoverished black Americans — even while her work was marginalized and ignored by her government. This stunning biography is a must-read title for anyone who wants the full picture of Tubman's life. 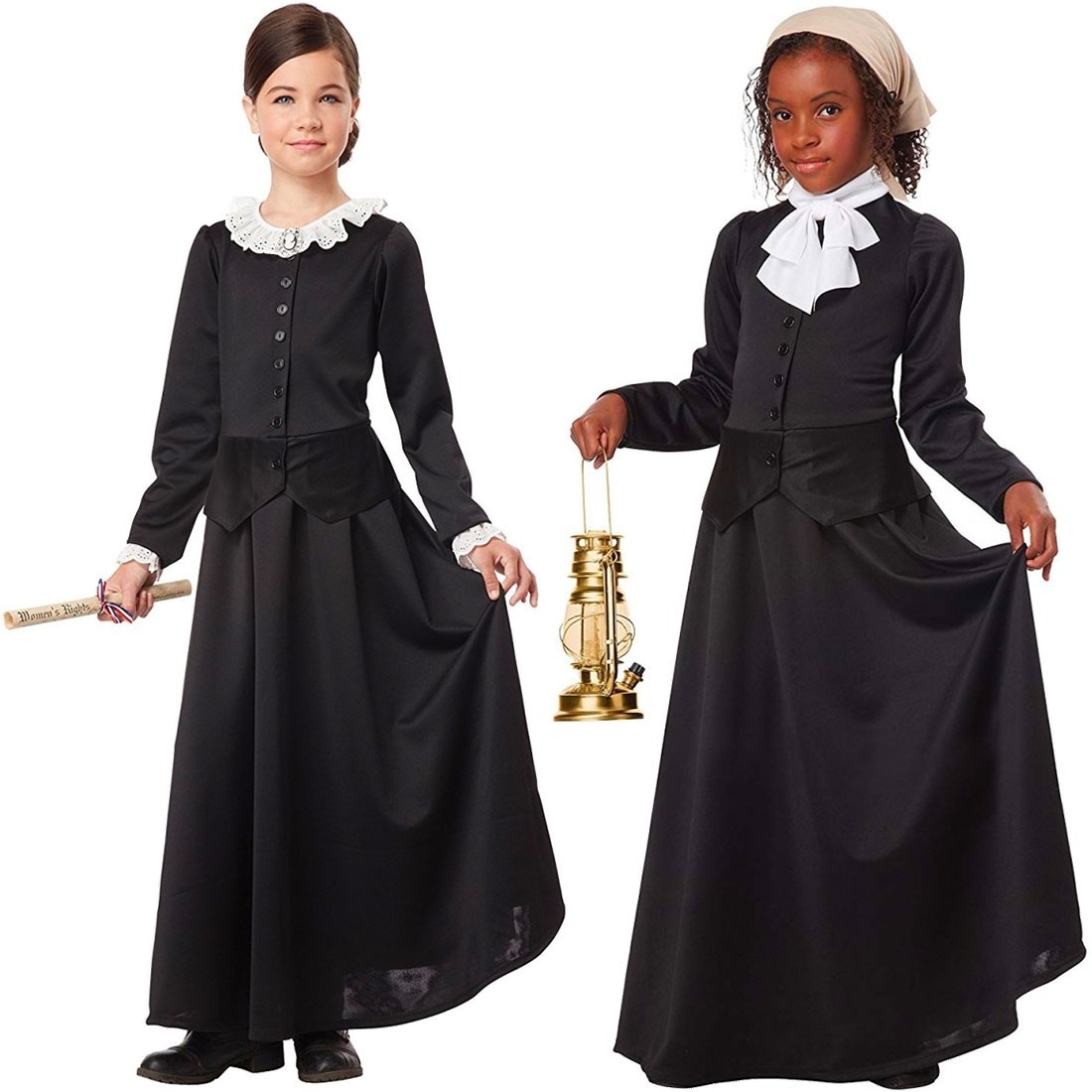 Susan B. Anthony and Harriet Tubman are two 19th century American heroes — so why not dress up as them for Halloween? This costume from California Costumes can be used to portray either inspiring woman. The set includes a black dress that comes with interchangeable lace and ruffled collars and removable lace sleeve cuffs. Teens and adults who want to pay tribute to these inspiring women can get the adult version of the costume.