Staying True to Merida: Why this Fight Matters 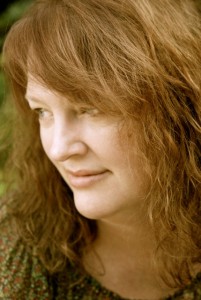 I have been overwhelmed at the supportive response that A Mighty Girl’s petition on Change.org has gotten and I’m thrilled and optimistic because of it.

But we’re not done. Regardless of the support the petition has received the campaign is not over. And it is still important to speak up.

In response to the overwhelming amount of support this petition has received, Disney has only backed down a little. They have yet to make a definitive statement that they intend to restore to Merida her original look, staying true to her character, on all future merchandise. The sexier, slimmer version of Merida with a come-hither look and an off-the-shoulder dress is still very much out there. In fact, it remains to be seen what is "limited" about this current iteration of Merida. Instead, it seems like a very intentional image created for the benefit of future merchandising. Disney’s move of restoring Merida’s bow and arrow seems like a hastily applied band-aid, hoping to quell the uproar about these unnecessary modifications to a beloved girl.

As I have said before, Merida was created to be a different kind of princess -- a princess with a strong will, a stubborn streak and a lot to learn. She makes mistakes along the way and learns from them. But she is not obsessed with what she wears or focused on looking good to attract a man. She’s a young girl -- not remotely ready to think about romance or marriage. That doesn't mean she never will. That doesn't mean that those things are bad. It just means that she is an individual who has her own interests. And that’s not bad, either! In fact, that’s exactly the way that children should spend their childhood and adolescence -- being kids and pursuing the things that make them happy. That’s why Merida has become such a beloved character for so many young girls -- and even grown women. Why on Earth does that image need to be changed?

The message Disney sends to the public in changing Merida is that she is not good enough the way she is. In doing that, they are making the same statement to all the young girls out there. Merida is a character that young girls look to and say, "I can be like her -- she’s not that different from me!" Or even better, they look at Merida and say, "Merida is like me!" So now when they see what Disney Consumer Products has done to Merida, it tells them that they aren't good enough unless they lose weight, wear tighter, sexier, "girlier" clothes, wear lots of makeup and coif their hair.

I created Merida for my daughter -- inspired by her strong willed spirit -- of which I am in complete awe and very proud. But despite my best efforts to guide her away from what media images and female stereotypes say to our children, it breaks my heart when she thinks she is too fat or too ugly because she doesn’t look like a certain TV star or that "other girl" who is so much more beautiful in her mind. The majority of our children feel that way, and lack self-esteem about their own looks because of issues exactly like this one.

I am certainly NOT saying that wearing makeup, getting dressed up or being a girly girl is bad! I think it’s fun, too -- and if that is who you are and what you like, then go for it! That’s great! I am specifically saying that Merida is a certain character, created as an alternative to all the girly girl princesses that are already out there. Why put her into that mold when the market is already flooded with those kinds of toys and images? Why not make something that speaks to the girls (and the boys) who aren’t into that kind of thing? Why not let Merida be who she is? After all, that’s her appeal. That’s why Merida has become so beloved, by kids and parents everywhere. She is who she is -- and proud of it.

Although the character of Merida is obviously near and dear to my heart -- this campaign and my passion for it is not just about this character. The reason I’m lending my voice and supporting this campaign is to bring this discussion to the forefront of the public’s attention. The images our children are being exposed to and influenced by through toy merchandising and general mass marketing is incredibly detrimental to young girls and boys alike. If you just take a look at the magazine racks, TV shows, movies and Internet advertising, society as we know it is all about superficial beauty.

Our children -- and adults -- are bombarded daily with the message that what you look like is the only thing that really matters. The lesson being taught is that if you’re not beautiful or handsome or perfect in every way, you are not good enough. This is especially the case for young girls, who become obsessed with their weight and looks at much too young of an age. If the issue of Disney changing Merida to be, in their opinion, "more marketable" and the public uproar that has resulted as the result of that bad decision makes people think a bit more deeply about this issue, I think that’s great. And more importantly, I think it’s necessary. The time has come to change these perceptions and if we don’t do all we can to do that, then our children inevitably suffer as a result.

Let’s collectively work to stop sending messages, explicit or implied to our boys, that girls are here just to be eye and arm candy and should only be valued based on their looks. Let’s stop sending messages to our girls that they are the sum of what they look like as opposed to respecting them for their intelligence, their abilities, their skills and their strength. This is how we can help lead girls to achieve positions of leadership, in school, in society, in the workplace. And while this battle may seem insignificant, over a cartoon girl and her appearance, in reality it’s about so much more. And the conversations taking place as a result of this campaign can potentially have a HUGE ripple effect.

Truly, Merida is just the tip of the iceberg.

Make no mistake, Disney is watching what we do. If we stop now, if we appear to be pacified by their unconvincing claims of "limited" release of this image, we’ll be playing into their hands and they will continue on the same path. But if we continue the journey, hang tough and continue to speak out, we may just convince them to rethink their marketing strategy on Merida...and hopefully future merchandising.

Are you in? I hope so. What can you do to help? I’m glad you asked. Our friends at A Mighty Girl, the group that started this whole campaign and to whom I am incredibly grateful for forcing awareness of this issue, has created a Take Action page where you can learn how to make your voice heard: https://www.amightygirl.com/keepmeridabrave/take-action

Brenda Chapman has a unique and broad experience as a storyteller from the American film industry - as director, story supervisor, and scriptwriter. She was the first woman to direct a feature film for one of the big studios, Dreamworks' THE PRINCE OF EGYPT and was head of story on Disney's LION KING. Brenda recently received an Academy Award and a BAFTA for Best Feature Animated Film, as well as a Golden Globe Award for BRAVE, a Disney/Pixar film which she wrote and directed. She is now consulting on a project for LucasFilm and developing a project for DreamWorks Animation.

You can find Brenda's blog at http://brenda-chapman.com and find her on Twitter at @brenda_chapman and on Facebook at: https://www.facebook.com/bchapmanproductions

This entry was posted in Misc, Front Page and tagged merida, petition, Disney on May 22, 2013 by Aaron. ← Previous Post Next Post →