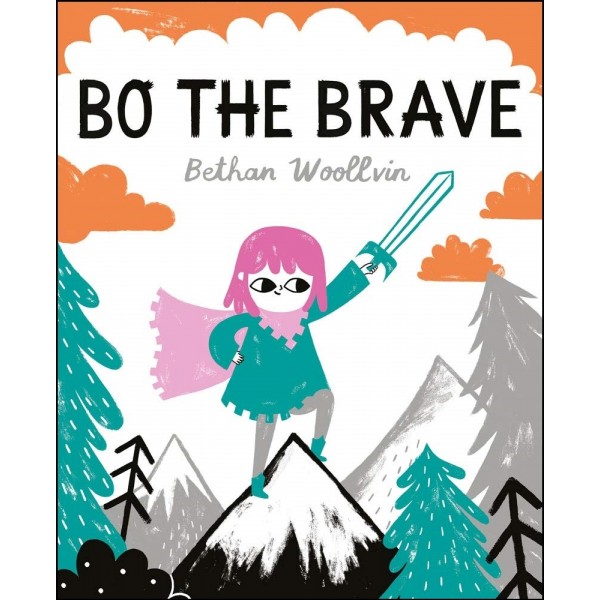 A feisty little girl learns who the real monsters are in this brilliantly funny medieval adventure! Once, there lived a little girl called Bo. Bo wanted to be just like her brothers and capture a fearsome monster. Bo is small, too small to catch a monster — or so her brothers say. But Bo isn't one to take no for an answer, so she sets off on a quest to catch a monster of her own. Can she defeat the furious griffin, conquer the hideous kraken, and triumph over the monstrous dragon? Or has Bo got the wrong idea who the real monsters are?

Author-illustrator Bethan Woollvin, the creator of the New York Times Best Illustrated book Little Red, employs her signature style in this original fairy tale with a clever twist. Readers are sure to fall in love with Woollvin's newest vibrant and sassy protagonist!

"It’s not long before [Bo] encounters a griffin and then a three-eyed kraken ('Get ready to be got!'), but though both seem like monsters, their acts of kindness persuade her otherwise. At last, a cave-dwelling dragon, introduced with a page-filling roar, looks, smells, and sounds like the monster Bo has been seeking, but its cry is one of grief: the dragon’s baby has been stolen. With a loud cry of her own, Bo leads her new friends on a rescue mission that brings the story full circle." — Publishers Weekly