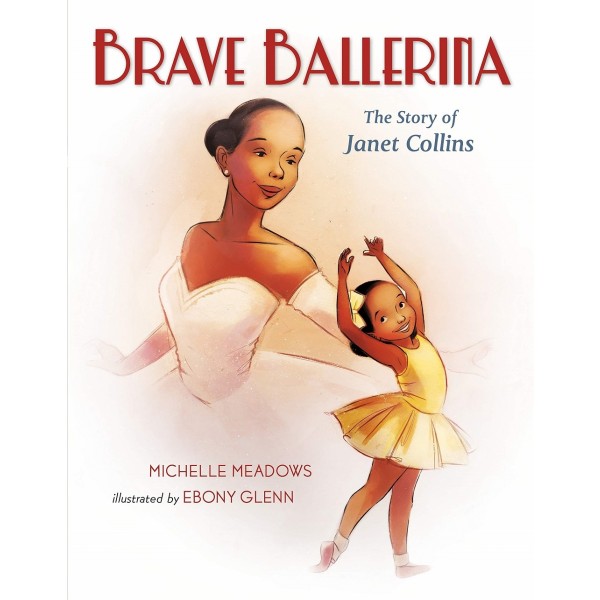 Janet Collins wanted to be a ballerina in the 1930s and 40s, a time when racial segregation was widespread in the United States. Janet pursued dance with a passion, despite being rejected from discriminatory dance schools. When she was accepted into the Ballet Russe de Monte Carlo as a teenager — on the condition that she paint her skin white for performances — Janet refused. She continued to go after her dreams, never compromising her values along the way.

From her early childhood lessons to the height of her success as the first African American prima ballerina in the Metropolitan Opera, Brave Ballerina is the story of a remarkable pioneer as told in lyrical verse by Michelle Meadows, with fantastic illustrations from Ebony Glenn.

"Each spread highlights an item or people who had a role in spurring her on to success, from her pointe shoes to her family, from the dance school that turned black dancers away to the day she was accepted in a dance company only to be told she would have to paint her skin white to blend in. Collins danced Spanish and other ethnic styles and finally found a ballet class that welcomed her.... A celebration of one black woman’s achievements that underscores the passion and purpose that the human spirit has to offer." — Kirkus Reviews