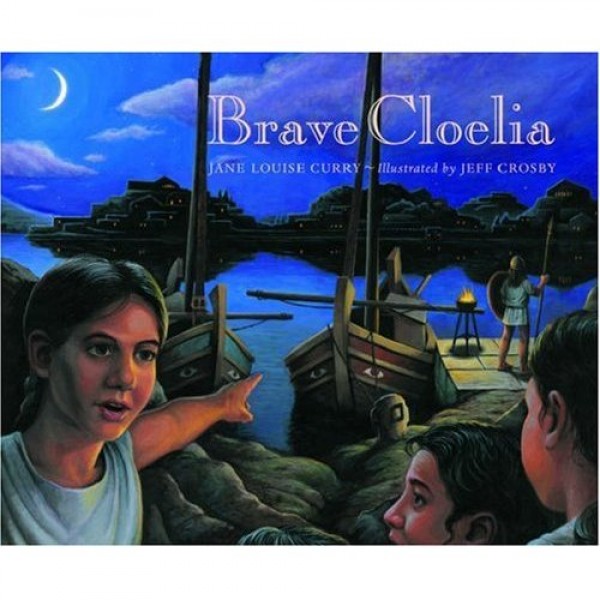 Brave Cloelia: Retold from the Account in The History of Early Rome by the Roman Historian Titus Livius

In his History of Early Rome, the ancient historian Livy tells the story of a Roman girl named Cloelia who was taken prisoner by Larth Porsena, the king of the Etruscans. Cloelia came up with a daring plan of escape from her Etruscan captors and in the process won the admiration of all Rome and of the Etruscan king himself, who freed her.

For saving her city, a grateful Rome set up a statue in her honor, the first such ever to be put on the Sacred Way. Jane Louise Curry tells this exciting and true story in Brave Cloelia, beautifully illustrated by Jeff Crosby.

"Because King Larth and the Etruscan soldiers have besieged Rome and demanded 200 hostages, Cloelia and her family are sent to the Etruscan camp. Two nights later, Cloelia leads a group of girls who escape from the guards and swim across the River Tiber, back to Rome. When King Larth demands her return, Cloelia goes with dignity and wins not only his respect but also the release of 40 more hostages. Perhaps historical, perhaps legendary, this story is based on Livy's The History of Early Rome, which was written several centuries after the events described." -- Booklist