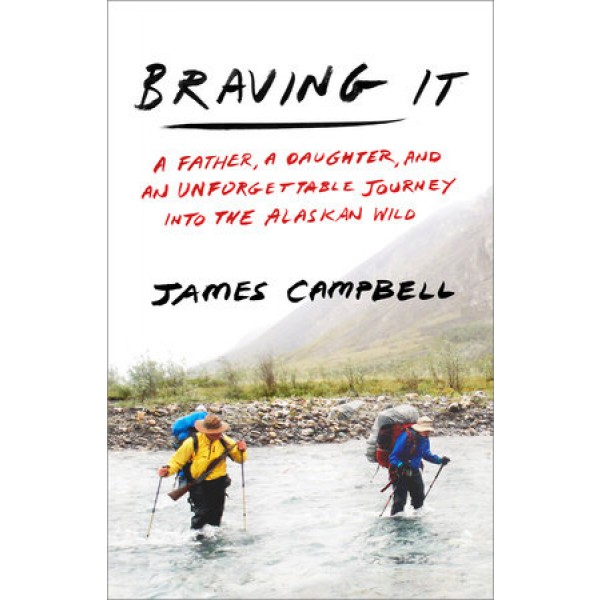 Braving It: A Father, A Daughter, and an Unforgettable Journey into the Alaskan Wild

Alaska's Arctic National Wildlife Refuge, home to only a handful of people, is a harsh and lonely place. So when James Campbell's cousin Heimo Korth asked him to spend a summer building a cabin in the rugged Interior, Campbell hesitated about inviting his fifteen-year-old daughter, Aidan, to join him: would she be able to withstand clouds of mosquitoes, the threat of grizzlies, bathing in an ice-cold river, and hours of grueling labor peeling and hauling logs? But once there, Aidan embraced the wild. She even agreed to return a few months later to help the Korths work their traplines and hunt for caribou and moose. Under the supervision of Edna, Heimo's Yupik Eskimo wife, Aidan grew more confident in the woods.

Campbell knew that in traditional Eskimo cultures, some daughters earned a rite of passage usually reserved for young men. So he decided to take Aidan back to Alaska one final time before she left home. It would be their third and most ambitious trip, backpacking over Alaska's Brooks Range to the headwaters of the mighty Hulahula River, where they would assemble a folding canoe and paddle to the Arctic Ocean. The journey would test them, and their relationship, in one of the planet's most remote places: a land of wolves, musk oxen, Dall sheep, golden eagles, and polar bears.

At turns poignant and humorous, Braving It is an ode to America's disappearing wilderness and a profound meditation on what it means for a child to grow up -- and a parent to finally, fully let go.