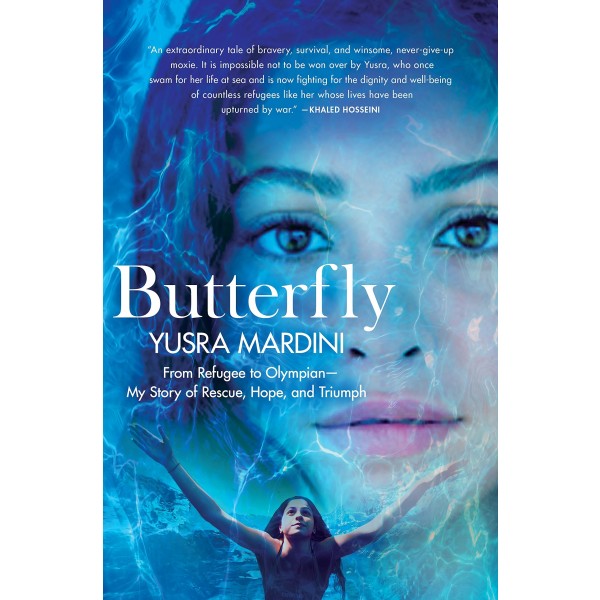 Butterfly: From Refugee to Olympian

When young Syrian refugee Yusra Mardini realized her boat's engine shut down as she was traveling from Syria to Greece with other refugees, there was no hesitation: she dove into the water. Between the waves, her elder sister Sarah screamed at her to get back on the boat. But Mardini was determined. She was not going to let Sarah do this alone. Grabbing the rope with one hand, she began kicking up the black water, inching the boat towards the distant shore.

This bold act of bravery saved the lives of a boatload of refugees heading to Turkey from Syria. After her arrival in Greece, Mardini, focused and undeterred, worked toward a lifelong goal: to compete in the Olympics. She succeeded, and competed in 2016 on the Refugee Olympic Team in Rio de Janeiro. Butterfly tells her story, from Syria to the Olympics to her current work with the UN as a Goodwill Ambassador. In today's political climate, this story is guaranteed to inspire and educate readers from every background, and remind them that that refugees are ordinary people in extraordinary circumstances, chased from their homes by a devastating war.