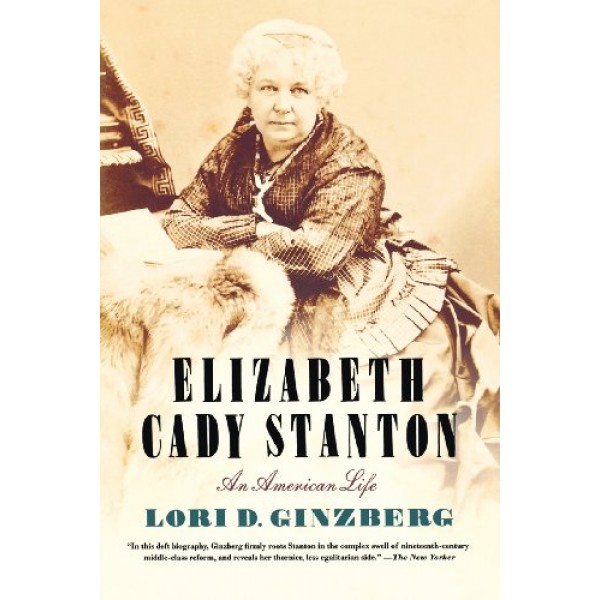 Elizabeth Cady Stanton was a brilliant activist-intellectual. That nearly all of her ideas — that women are entitled to seek an education, to own property, to get a divorce, and to vote — are now commonplace is in large part because she worked tirelessly to extend the nation's promise of radical individualism to women.

In this subtly crafted biography, the historian Lori D. Ginzberg narrates the life of a woman of great charm, enormous appetite, and extraordinary intellectual gifts who turned the limitations placed on women like herself into a universal philosophy of equal rights. But she was no secular saint, and her positions were not always on the side of the broadest possible conception of justice and social change. Elitism runs through Stanton's life and thought, defined most often by class, frequently by race, and always by intellect. Even her closest friends found her absolutism both thrilling and exasperating, for Stanton could be an excellent ally and a bothersome menace, sometimes simultaneously.

At once critical and admiring, Ginzberg captures Stanton's ambiguous place in the world of reformers and intellectuals, describes how she changed the world, and suggests that Stanton left a mixed legacy that continues to haunt American feminism.