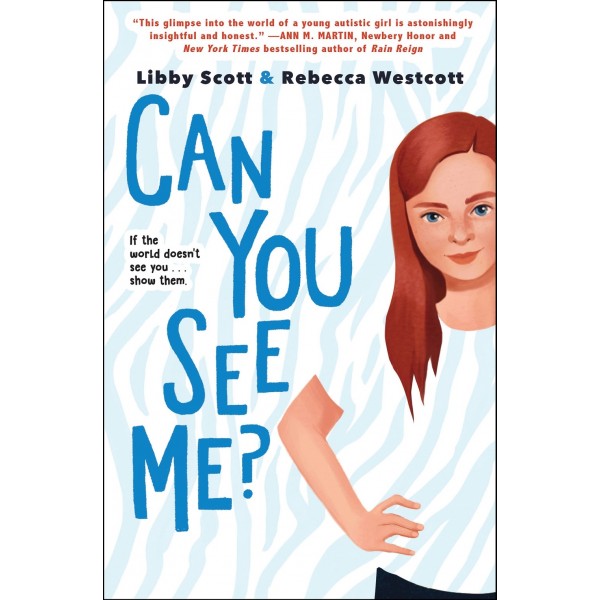 Can You See Me?

Tally isn't ashamed of being autistic — even if it complicates life sometimes, it's part of who she is. But this is her first year at Kingswood Academy, and her best friend, Layla, is the only one who knows. And while a lot of other people are uncomfortable around Tally, Layla has never been one of them... until now.

Something is different about sixth grade, and Tally now feels like she has to act "normal." But as Tally hides her true self, she starts to wonder what "normal" means after all and whether fitting in is really what matters most. Inspired by young coauthor Libby Scott's own experiences with autism, this is an honest and moving middle-school story of friends, family, and finding one's place. Tally's story continues in the sequel, Do You Know Me?.

"The deceptively simple prose sticks tightly to Tally’s point of view, conveying her courage and quirky charm while rendering with painful acuity her struggles with anxiety and sensory overload. It also portrays compassionately the sometimes-stressful effects of her particular needs and odd-seeming behaviors on her loving, supportive family. There are no villains here: Her teachers are (mostly) receptive and sympathetic, and even the bullies come off as more clueless than cruel. Nor is there any magic resolution: Tally’s situation may improve but only at the cost of her privacy; and her social relationships remain tentative. Instead, her triumph comes in her resolve to present as her own unique, different 'normal.'" — Kirkus Reviews