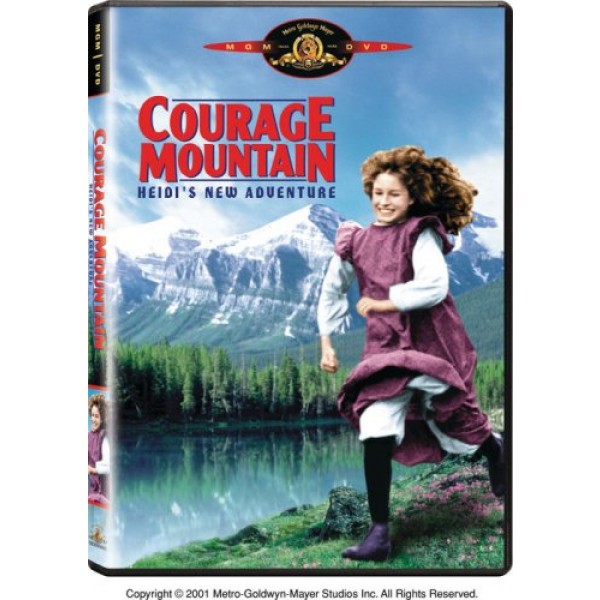 In the bitter chill of winter, over snow-covered mountains and against all odds, one fearless young girl will risk everything to guide her friends to safety. Fifteen-year-old Heidi (Caton) leaves her beloved grandfather (Jan Rubes), her childhood sweetheart (Sheen) and her cherished Swiss mountains to attend an Italian boarding school run by a kind headmistress (Caron). But when World War I breaks out, Heidi and her classmates are torn from their serene surroundings.

Fearing for their lives, they escape on foot through the countryside...and embark on a daring trek across the treacherous, frozen Alps towards the safety of Heidi's girlhood home.

You'd never guess it from the title, but Courage Mountain is a sequel to children's classic, Heidi. In this handsome production, filmed in Europe and set during World War I, a teenaged Heidi (Juliette Caton) leaves Switzerland to attend school in Italy. Things go wrong from the start. The other girls make fun of her country ways, then the school is seized by the army.

Due to a misunderstanding, Heidi and several classmates are separated from their beloved headmistress (Leslie Caron) and sent to an Oliver Twist-like orphanage. Fortunately, they're able to escape. Using her mountaineering skills, Heidi leads them on an expedition across the Alps to her grandfather's house. Charlie Sheen, who plays her sweetheart Peter, acquits himself nicely as a soldier who assists the girls, but his American accent sounds out of place. Odd casting aside, this family adventure is faithful to the spirit of the original story. -- Kathleen C. Fennessy