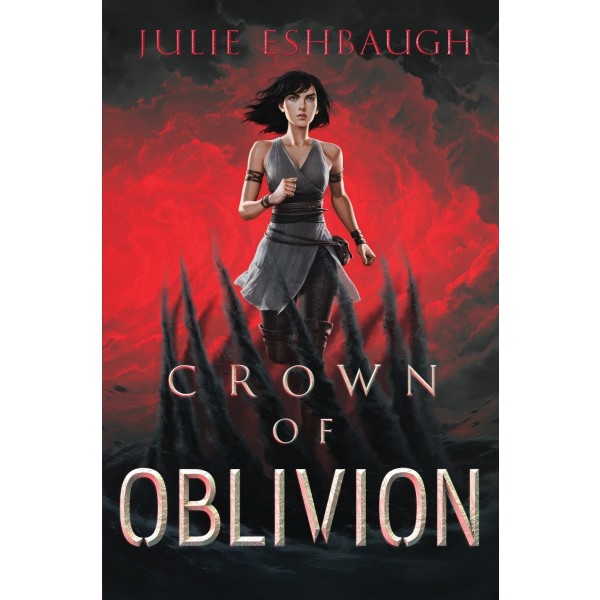 In this mesmerizing YA fantasy mash-up of The Road and The Amazing Race, one girl chooses to risk her life in a cutthroat competition in order to win her freedom. In Lanoria, Outsiders, who don't have magic, are inferior to Enchanteds, who do. That's just a fact for Astrid, an Outsider who is indentured to pay off her family's debts. She serves as the surrogate for the princess — if Renya steps out of line, Astrid is the one who bears the punishment for it.

But there is a way out: the life-or-death Race of Oblivion. First, racers are dosed with the drug Oblivion, which wipes their memories. Then, when they awake in the middle of nowhere, only cryptic clues — and a sheer will to live — will lead them through treacherous terrain full of opponents who wouldn't think twice about killing each other to get ahead. But in the race, Astrid encounters a familiar face she can't place; secret powers she shouldn't have; and a confusing memory of the past that, if real, could mean the undoing of the entire social structure that has kept her a slave her entire life. Competing could mean death... but it could also mean freedom.

"Familiar tropes have surprising outcomes in this densely plotted fantasy.... Perfect for fans of Deltora Quest and a href="/the-hunger-games">The Hunger Games, this suspenseful, action-packed adventure... invites conversations about dominance, oppression, and rebellion in our own world. Ambitious and provocative." — Kirkus Reviews