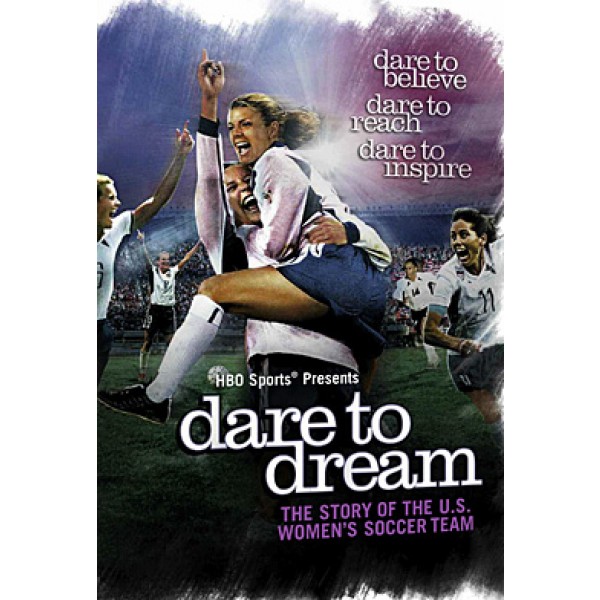 Dare to Dream: The Story of the U.S. Women's Soccer Team

In this thrilling documentary created by the Peabody Award-winning creative team at HBO Sports, viewers will learn the incredible story of the United States Women's National Team, and how it developed from its creation in the late 1980s to its second Olympic performance in 2004.

From their meager beginning as "the red headed stepchild" of sports, through four World Cups and three Olympic games, Dare to Dream examines how Mia Hamm broke through as a media phenomenon; why Brandi Chastain`s celebratory moment stirred so much controversy; and how Julie Foudy, Michelle Akers, and Joy Fawcett overcame daunting obstacles to help the team step into history, and in the process lift the aspirations of all young women.

Dare to Dream is a 2005 sports documentary about the United States women's national soccer team. It describes the pivotal roles of Brandi Chastain, Mia Hamm, Julie Foudy, Kristine Lilly, and Joy Fawcett in the development of the team. These athletes also give interviews for the film. It was created by the "Peabody Award-winning creative team at HBO Sports" and " follows the 18-year journey of the U.S. women's soccer team from obscurity in the late '80s to its second Olympic gold match in 2004." The DVD of the film was released on 19 September 2007. - Wikipedia