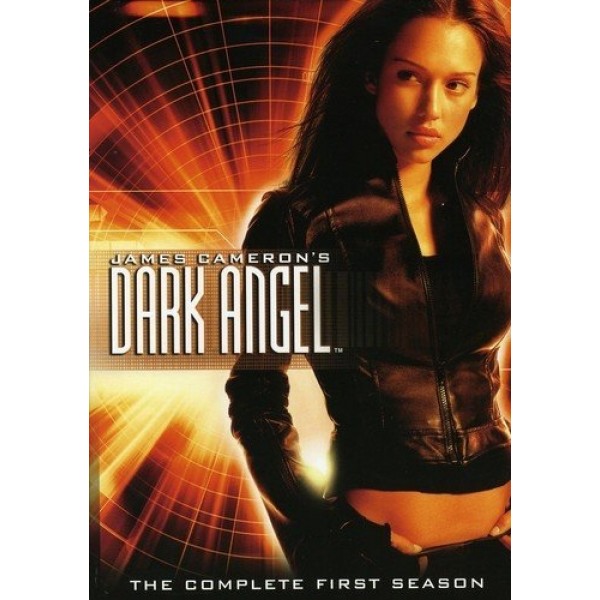 "Dark Angel is an American biopunk/cyberpunk science fiction television series created by James Cameron and Charles H. Eglee... Set in a post-apocalyptic Seattle, the show chronicles the life of Max Guevara (X5-452), a genetically enhanced super-soldier, portrayed by Jessica Alba as an adult and Geneva Locke as a child, who, after escaping from a covert government biotech/military facility as a child, tries to lead some semblance of a normal life and constantly tries to elude capture by government agents, while searching for her genetically-enhanced brothers and sisters scattered in the aftermath of their escape." -- Wikipedia

One of TV's more interesting tough-girl action shows, Dark Angel is a distinctive blend of the personal, the adventurous, and the politically aware. Cocreators James Cameron and Charles Eglee present a complex scenario of biological super-science and social collapse in which their gene-manipulated heroine and hacker-journalist hero can genuinely make a difference. In this first season they also provide an adversary who is a lot more than just a conventional villain.

Jessica Alba is impressive as Max, bred and trained as a super-soldier but reclaiming her individual humanity; Michael Weatherly is scruffily attractive as Eyes Only, who sits semi-paralyzed in his eyrie above Seattle uncovering crime, corruption, and other skullduggeries and assigning deadly errands to the woman he hopelessly loves. Jon Savage has real authority as Lydeker, a man who has stretched his conscience to the breaking point, but is not personally corrupt. Some of the best episodes--"Prodigy," for example--are ones in which Lydeker and Max are forced into temporary alliance. Early on, the relationship between Max and the other workers at Jam Pony--the courier firm that provides her with a cover identity--is a little forced, but later on the two parts of Max's life are more successfully integrated: "Shorties in Love," for example, is a genuinely touching tale about Diamond, the doomed criminal ex-lover of Max's lesbian roommate. Dark Angel was never a perfect show, but at its occasional best it manages to be simultaneously funny and dramatic. --Roz Kaveney