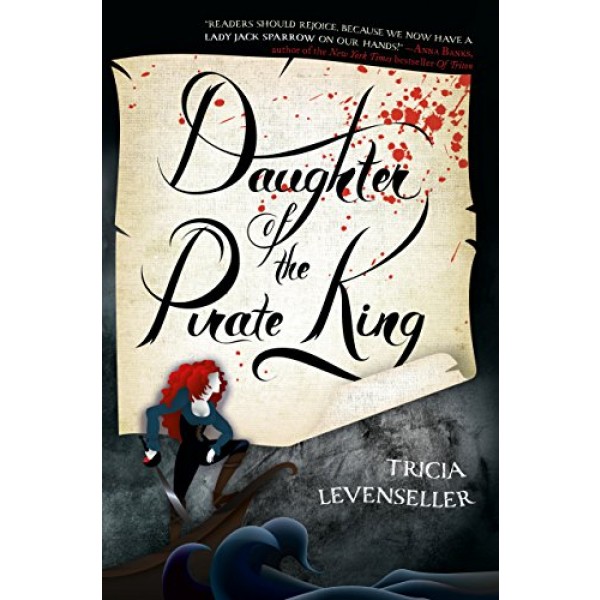 Daughter of the Pirate King

Sent on a mission to retrieve an ancient hidden map -- the key to a legendary treasure trove -- seventeen-year-old pirate captain Alosa deliberately allows herself to be captured by her enemies, giving her the perfect opportunity to search their ship.

More than a match for the ruthless pirate crew, Alosa has only one thing standing between her and the map: her captor, the unexpectedly clever and unfairly attractive first mate Riden. But not to worry, for Alosa has a few tricks up her sleeve, and no lone pirate can stop the Daughter of the Pirate King.

In Daughter of the Pirate King, debut author Tricia Levenseller blends action, adventure, romance, and a little bit of magic into a thrilling YA pirate tale.

"Alosa, a pirate princess, is the captain of her own ship with a mostly female crew. She is tough and clever and has a hidden secret that allows her to subdue the strongest of men....With many plot turns and emotional bonds forming between Alosa and Riden, the search leads to an interesting twist. Levenseller has created a formidable female character who can take care of herself as she makes some hard decisions." — Erin Olsen, School Library Journal