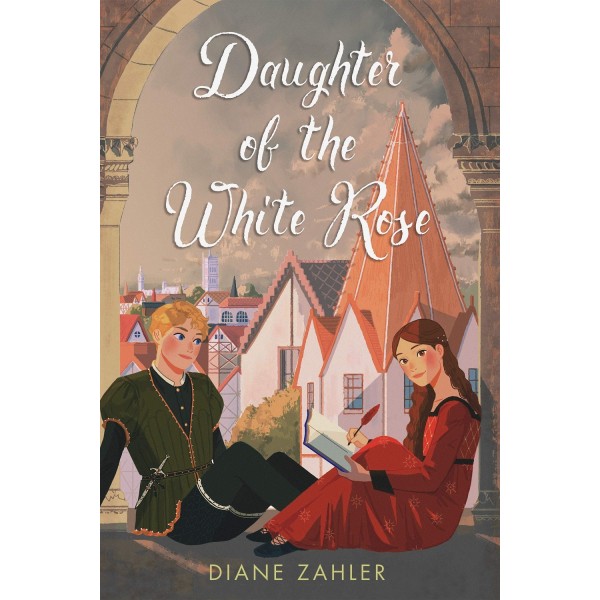 Daughter of the White Rose

Nell Gould is the daughter of the royal butcher, a commoner, but she has been raised as the playmate of King Edward and Queen Elizabeth's royal children: Princess Cecily, Princess Bess, Prince Dickon, and Prince Ned, heir apparent and Nell's best and closest friend. They think alike, her and Ned, preferring books and jousts to finery and gossip and the sparkle of the court. But when King Edward dies, Prince Ned is imprisoned in the Tower of London by his scheming uncle, the evil Richard III — and Nell with him. Can they escape? Is Nell the key?

Based on the real royal scandal of the Princes in the Tower, Daughter of the White Rose covers a shocking episode in medieval history that has captured the imagination for 530 years. A story of murder, betrayal, resilience, and growing up, this girl-led medieval middle-grade novel will make a perfect companion to Catherine, Called Birdy and The Mad Wolf's Daughter.

"Characters both real and imaginary inhabit this multilayered, dramatic interpretation of royal intrigue. Nell has a keen eye for royal household details, adding depth and warmth to the tale.... A quick-paced foray into English history and one girl’s self-discovery." — Kirkus Reviews