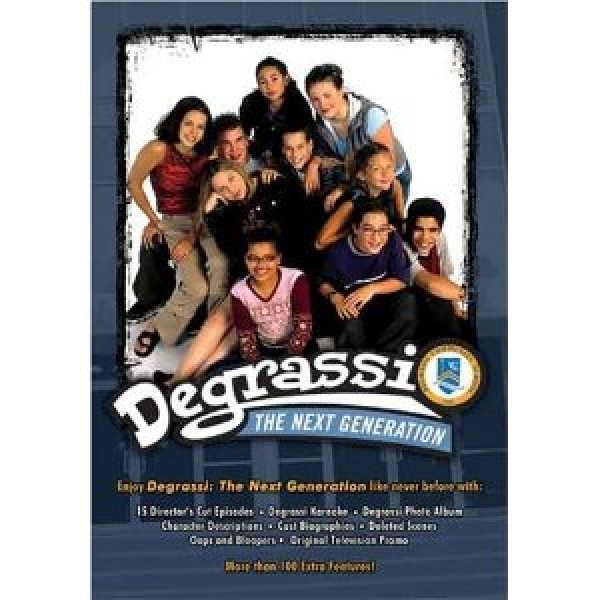 Degrassi: The Next Generation - Season One

It's a brave new world as the Next Generation of Degrassi confronts all new issues. But, this environment is much different than the one faced by generations before. It's filled with the Internet, body piercing, hip-hop and more opportunities for pitfalls than ever. Remember when meeting pen pals wasn't risky? These kids may be more media savvy than their parents, but they aren't necessarily more sophisticated. A whole new generation ventures through the trial and tribulations of adolescence, with a one-hour kick-off episode (featuring favorites from Degrassi's past) and a cliffhanger that you won't want to miss.

Watch Emma and "next generation" classmates, Manny, Toby, J.T., Liberty, Sean , Ashley, Paige, Terri, Spinner and Jimmy as they encounter pressure, temptation and revel in the glory that comes with being young.

"Excellently written and boasting a cast that actually looks and acts like real kids, Degrassi: The Next Generation provides provocative, engaging, and socially conscious programming for teens and adults. The show's braintrust doesn't hold back when it comes to facing tough but relevant issues, which means that these teens have sex, drink, do drugs, bully, and turn violent against each other.... It's impossible not to get invested in the characters' lives and to sympathize with their feelings during emotionally rocky times. This isn't a comfortable, heartwarming series that solves all its self-created problems in its allotted 30-minute window and leaves you feeling joyful at its end. It's designed to put you on edge and make you confront tough situations, and it does so without relying on any of the sensationalism that allows viewers to dismiss the content as dramatic effect. This accomplishes two things: First, it forces parents to picture their own teens in the characters' shoes, and second, it offers them a unique opportunity to start a discussion with their kids about tough issues that arise in the content." -- Common Sense Media