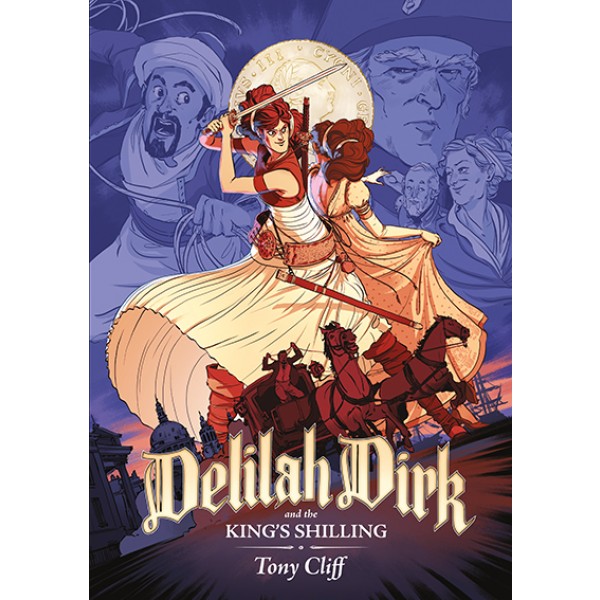 Delilah Dirk and the King's Shilling

Globetrotting troublemaker Delilah Dirk and her loyal friend Selim are just minding their own business, peacefully raiding castles and and traipsing across enemy lines, when they attract the unwanted attention of the English Army. Before they know it, Delilah and Selim have gotten themselves accused of espionage against the British crown!

Delilah will do whatever it takes to clear her good name, be it sneaking, skirmishing, or even sword fighting... But can she bring herself to wear a pretty dress and have a nice cup of tea with her mother? Delilah Dirk may be defeated at last. By tulle.

This sequel to Delilah Dirk and the Turkish Lieutenant is long awaited and sure to delight!