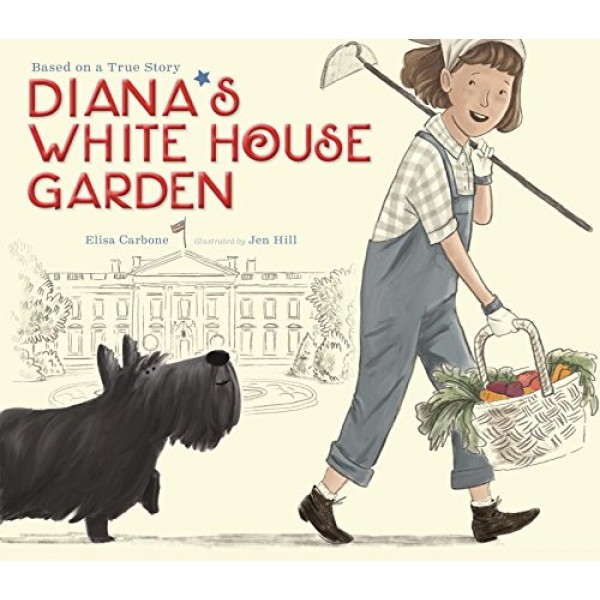 Diana Hopkins lives in a white house. THE White House. World War II is in full force across the seas. It's 1943, President Roosevelt is in office, and Diana's father, Harry Hopkins, is his chief advisor. And Diana wants to be part of the war effort. After some well-intentioned missteps (her quarantine sign on her father's office door was not well-received), the President requests her help with his newest plan for the country's survival: Victory Gardens!

From award-winning author Elisa Carbone comes the true story of how Diana Hopkins started her own Victory Garden on the White House lawn under the tutelage of Eleanor Roosevelt. With dedication and patience, she showed the nation that the war effort started first on the homefront.

"This book connects with the current day as Michelle Obama and many schools are involved in gardening, and demonstrates how that movement has roots in the 1940s. An author's note describes conversations with the real Diana, who is still living....The pictures reflect great attention to detail, with people of varying races featured in street scenes in Washington, DC. Front endpapers show the garden plants sprouting, while those at the back include vegetables ready for harvest." — Lucinda Snyder Whitehurst, School Library Journal