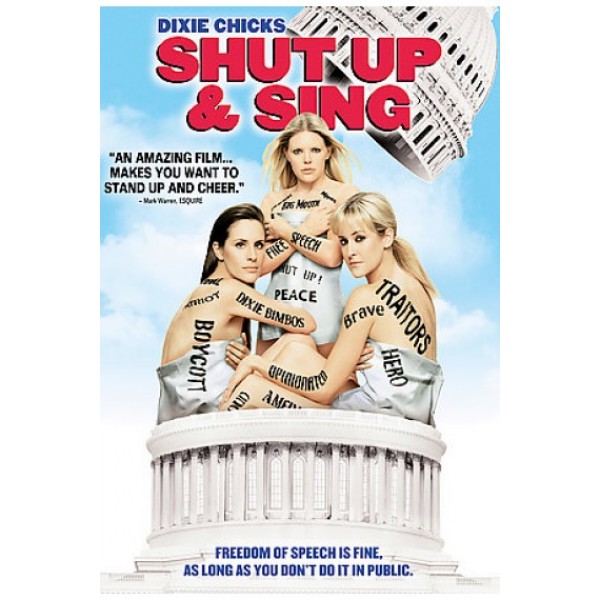 "Just so you know, we're ashamed the president of the United States is from Texas."

This film documents how those 15 words in 2003 took the Dixie Chicks from the peak of their popularity as the top-selling female recording artists of all time, through the days, months and years of mayhem that followed.

Shut Up & Sing finds two-time Academy Award winner Barbara Kopple (American Dream) and co-director Cecilia Peck following the lives and career developments of the Dixie Chicks in the wake of singer Natalie Maines' denunciation of the Iraq war and President Bush in 2003. The film returns to the pivotal moment in which Maines, speaking to a London audience, raised opposition to America's invasion of Iraq, resulting in a backlash in America. The Chicks, as one sees, have had little peace of mind since then, banned from country music stations, picketed at concerts, and targeted by death threats.

Maines, Martie Maguire, and Emily Robison respond to the extensive and sometimes scary criticism they've faced, though their latest music, including a song called "Not Ready to Make Nice," also speaks for itself. Kopple and Peck spend a lot of time with the band on a human level as well, in homes and dressing rooms and recording studios. The collective--and quite touching--portrait is of three women who wish only the best for one another and back each other's decisions all the way. This is essential viewing for fans of the gifted Kopple as well as the always-against-the-odds Dixie Chicks. -- Tom Keogh