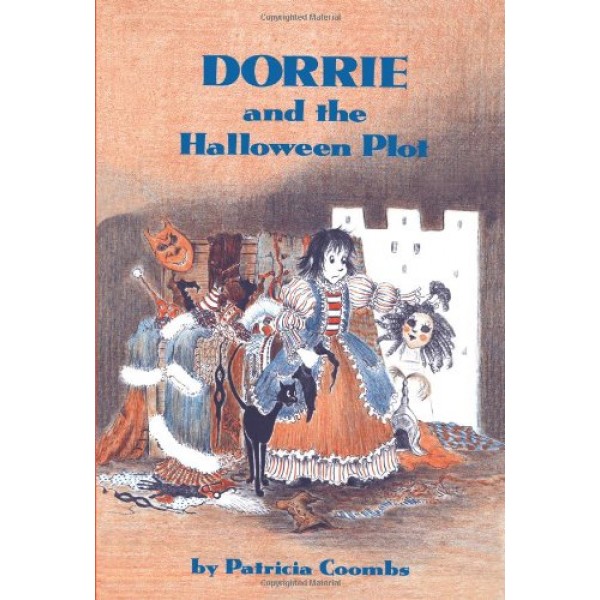 Dorrie and the Halloween Plot

It was Halloween, and Dorrie was ready for her first flying lesson, but her mother said, "You're too young to fly. Maybe next year." The Big Witch was busy fixing a princess costume for Dorrie to wear to the Halloween Pageant for the Great Sorceress. But flying had more appeal for Dorrie than being a princess and learning to curtsy. If no one else would teach her, she just might have to teach herself. Her awkward attempt to fly put her right at the center of a plot by some Halloween demons. From her first encounter with the demons to the moment when the Big Witch blew out the candle in Dorrie's bedside pumpkin, the little witch had one of the most exciting Halloweens ever.

Patricia Coombs was born July 23, 1926, in Los Angeles, CA. She attended private schools in St Louis, MO, high school in Daytona Beach FL, followed by DePauw University, Michigan State, and the University of Washington where she attained a B.A. and M.A. in English Literature. Her poetry was published in various literary magazines. Her first children's story, Dorrie's Magic was published in 1962. It was inspired by and written for her two daughters, as were the following twenty-eight books. They were published in Great Britain, Germany and Japan. The final book in the series, Dorrie and the Haunted Schoolhouse, was published by Clarion in 1992.