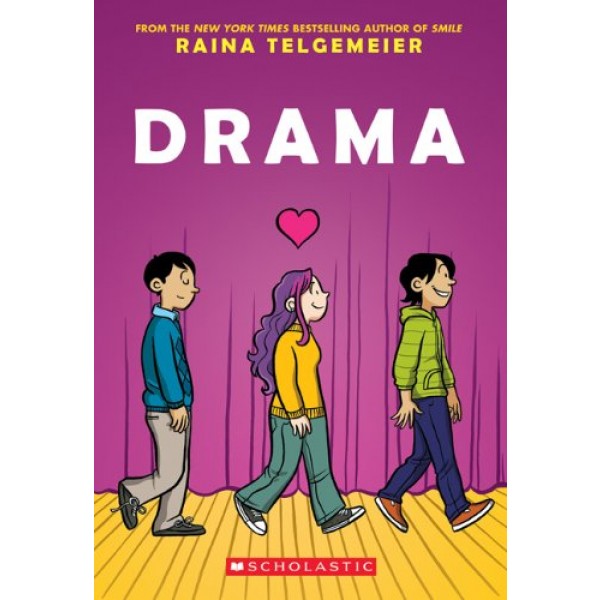 Callie loves theater. And while she would totally try out for her middle school's production of Moon Over Mississippi, she's a terrible singer. Instead she's the set designer for the stage crew, and this year she's determined to create a set worthy of Broadway on a middle-school budget. But how can she, when she doesn't know much about carpentry, ticket sales are down, and the crew members are having trouble working together? Not to mention the onstage and offstage drama that occurs once the actors are chosen, and when two cute brothers enter the picture, things get even crazier!

Drama tackles all the ups and downs tweens and teens experience as they start experiencing their first feelings of infatuation and love — hope, excitement, fear, uncertainty, and even the dawning realization of sexual orientation as one of Callie’s friends from the drama club confines in her that he’s gay — in a compelling and compassionate way.

Following the success of Smile, Raina Telgemeier brings us another graphic novel featuring a diverse set of characters that humorously explores friendship, crushes, and all-around drama!

"A charming addition to the body of young adult literature that focuses on the trials and tribulations of the slightly nerdy girl." -- Publishers Weekly

"It hits home partly because there is nothing else out there like it." -- The New York Times Book Review