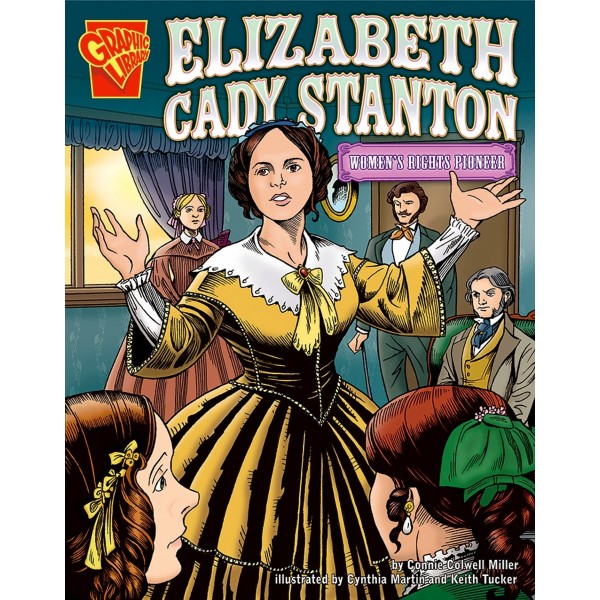 Elizabeth Cady Stanton didn't think it was fair that a man's voice counted more than hers. She was just a smart as men, but she was discouraged from speaking in public and she was not allowed to vote. So she decided to change that! Stanton would become one of the driving forces behind the early American women's rights movement, organizing the groundbreaking 1848 Seneca Falls Convention and drafting the famous Declaration of Sentiments that declared: "all men and women are created equal."

This graphic novel from the Graphic Library tells Stanton's story in gripping fashion, capturing her passion for women's rights and her determination to see justice done.