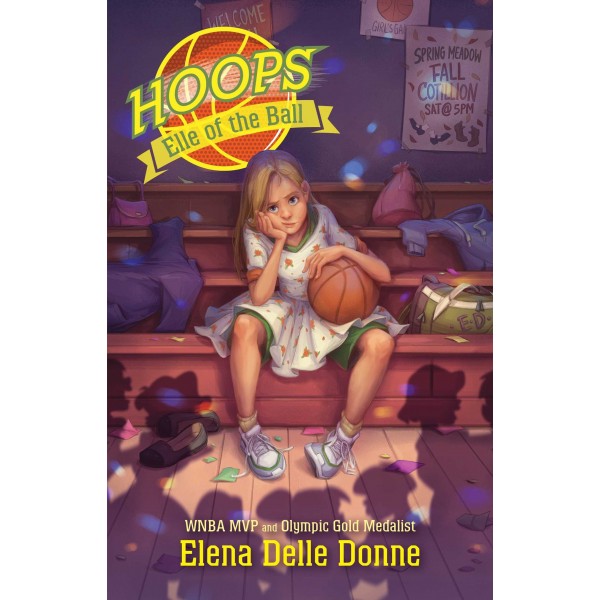 Elle of the Ball

Elle Deluca is a seventh grader who is tall — not just sort of tall. She's six feet tall. And for a twelve-year-old girl, this means that her basketball team has high hopes for her changing positions and becoming their starting center.

But a new position is not the only footwork she has to learn. Her class' dance unit in gym is coming up, and that means she has to learn ballroom dance steps with a boy much shorter than her — and perform publically for a grade.

In the first book in WNBA MVP and Olympic gold medalist Elena Delle Donne's Hoops series, Elle must figure out a way to remain herself when others want her to be someone else.

"While avoiding melodrama, Delle Donne humorously portrays Elle’s adjustment to her changing body and her increasing self-confidence and positivity. Play-by-play basketball action, friendship subplots, and the inspiration Elle draws from her older sister (who is deaf and blind and has autism and cerebral palsy) round out this engaging novel." — Publishers Weekly