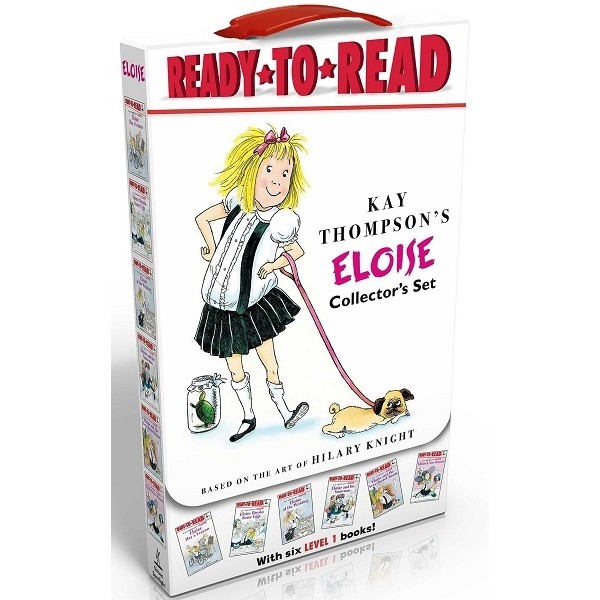 Ever since Eloise burst onto the scene at the Plaza Hotel in 1955, fans young and old have been charmed by her many heartwarming and hilarious adventures. Now young readers can take home Eloise's touching and time-honored adventures like never before!

This beautiful carry-along boxed set, issued for Eloise's 60th anniversary, is filled with six favorite Ready-to-Read tales including Eloise Breaks Some Eggs, Eloise Has a Lesson, Eloise at the Wedding, Eloise and the Very Secret Room, Eloise and the Snowman, and Eloise's New Bonnet.