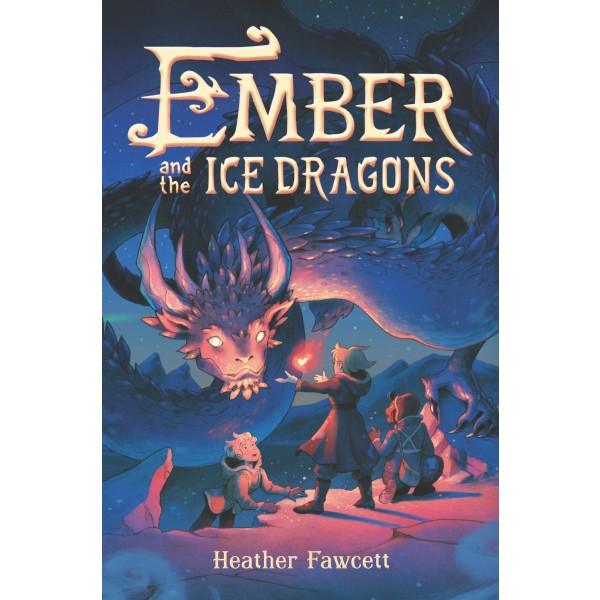 Ember and the Ice Dragons

Ember St. George is a dragon. At least she was before her adoptive father — a powerful but accident-prone Magician — turned her into a human girl to save her life. Unfortunately, Ember's growing draconic nature is making it too dangerous for her to stay in London. The solution: ship Ember off to her aunt's research station in frigid Antarctica. Though eccentric Aunt Myra takes getting used to, Ember quickly feels at home in a land of ice storms, mischievous penguins, and twenty-four-hour nights. She even finds herself making friends with a girl genius called Nisha and a mysterious orphan named Moss.

Then she discovers that Antarctica is home to the Winterglass Hunt, a yearly tradition in which rare ice dragons are hunted for their jeweled scales. Furious, Ember decides to join the hunt to sabotage it from the inside. But being an undercover dragon isn't easy — especially among dragon hunters. Can a twelve-year-old fire dragon survive the dangers that come her way in the Antarctic wilderness and protect the ice dragons from extinction? A stunning middle grade fantasy about a girl who used to be a dragon and her adventure to save her new home.

"Neatly sidestepping tropes and templates, Fawcett’s story is full of original details that add depth to the fairly straightforward plot (Montgomery, the enchanted, cantankerous doorknob, is a hoot). But it is the richly nuanced primary and secondary characters, as well as the evenhanded inclusion of females as intelligent scientists, that give the story its richness.... Fresh and original." — Kirkus Reviews