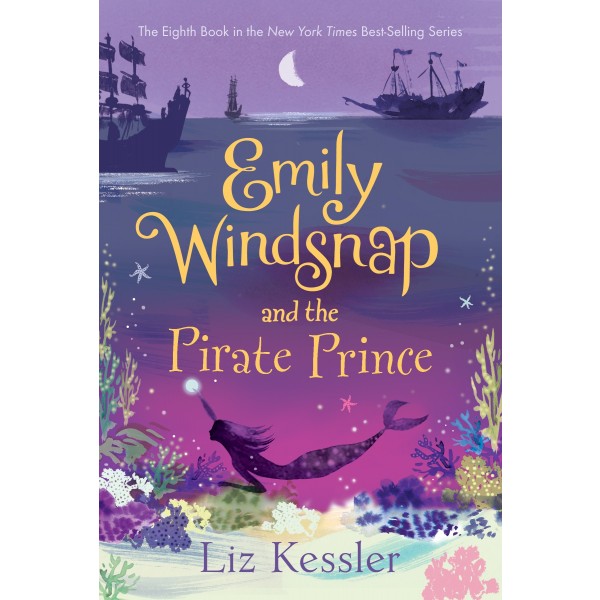 Emily Windsnap and the Pirate Prince

Traveling home by cruise ship should be a relaxing break after Emily Windsnap's latest adventure, but things take a turn when the ship is overtaken by a pirate king and his crew. After the pirates collect everyone's riches, they steal something even more valuable: Emily's half-mer boyfriend Aaron. The pirate king's eldest son takes Aaron captive, forcing him to help guide the pirates to the mythical Trident's Treasure. So Emily dives into action and joins the younger son's crew in hopes of saving Aaron.

But while experiencing life on the waves, Emily is surprised to find herself not only enjoying the pirate life, but actually bonding with the crew — especially Sam, the pirate king's son. Between helping Sam unravel riddles to beat his brother to the treasure and making sure that her friends are safe, Emily realizes that she needs to be true to herself. Will she cast aside her mermaid life to join her new friends, or will she find a way to follow her own path?

Fans of this popular series can also check out the Six Swishy Tails of Land and Sea box set and the seventh book, Emily Windsnap and the Falls of Forgotten Island.