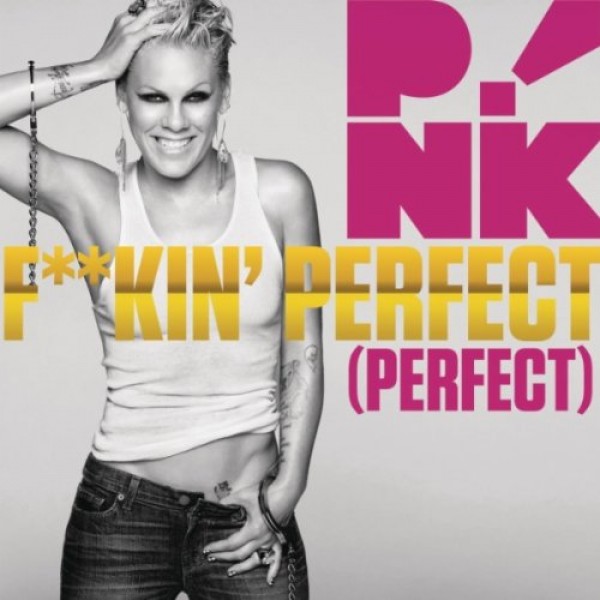 Perfect is the second single from Pink's compilation album Greatest Hits...So Far!!! and exists in two versions: an explicit version on the compilation (generally referred to as F**kin' Perfect) and a clean radio edit (generally referred to as Perfect). In it, Pink expresses that, no matter what mistakes a person has made, they have value and should not be convinced that they are "less than perfect." The song reached number two on the Billboard Top 100.

The music video, directed by David Meyers, is a powerful message about depression, self-mutilation, and suicide. Pink explained that she intended the video to draw awareness to these problems, saying on her official website: "[c]utting, and suicide, two very different symptoms of the same problem, are gaining on us. (The problem being; alienation and depression. the symptoms; cutting and suicide)". The video also exists in a "clean" version and an explicit version. The clean version minimizes some graphic scenes, and omits a sex scene at the beginning.

Notes for Parents: The clean version of the single contains no profanity, but does have a reference to drinking beer. That and the challenging and mature emotions of the song make the clean version best suited for ages 13 and up. The music video (in both the clean and the explicit version) includes a bloody scene when the main character carves the word "perfect" into her arm. While the end of the video is uplifting and positive, parents should view both versions of the video themselves before deciding whether they are comfortable with their children watching either.