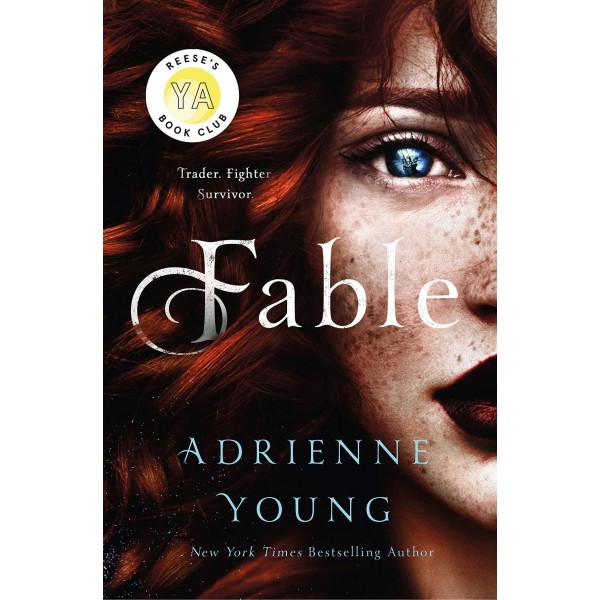 As the daughter of the most powerful trader in the Narrows, the sea is the only home 18-year-old Fable has ever known. It’s been four years since the night she watched her mother drown during an unforgiving storm. The next day her father abandoned her on a legendary island filled with thieves and little food. To survive she had to keep to herself, learn to trust no one and rely on the unique skills her mother taught her. The only thing that keeps her going is the goal of getting off the island, finding her father and demanding her rightful place beside him and his crew.

To do so Fable enlists the help of a young trader named West to get her off the island and across the Narrows to her father. But her father’s rivalries and the dangers of his trading enterprise have only multiplied since she last saw him, and Fable soon finds that West isn't who he seems. Together, they will have to survive more than the treacherous storms that haunt the Narrows if they're going to stay alive. Fable, the first book in a duology by bestselling author Adrienne Young, takes you on a spectacular journey filled with romance, intrigue, and adventure.

"Young (The Girl the Sea Gave Back) blends adventure and intrigue in this lush nautical duology opener, crafting a flinty world in which danger lurks at every turn and showing affection is a sign of weakness. Memorable characters reinforce the theme of found family, while a slow-burning romance adds a tense undercurrent that leads to the cliffhanger ending." — Publishers Weekly