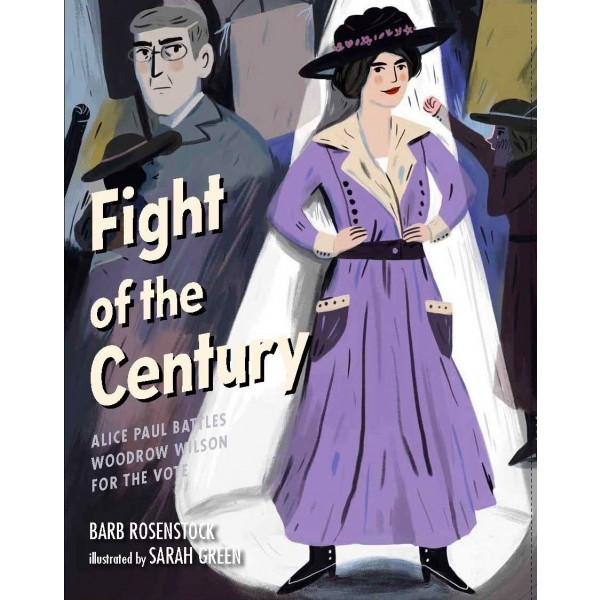 Fight of the Century: Alice Paul Battles Woodrow Wilson for the Vote

When Woodrow Wilson was elected President, he didn't know that he would be participating in one of the greatest fights of the century: the battle for women's right to vote. The formidable Alice Paul led the women's suffrage movement, and saw President Wilson's election as an opportunity to win the vote to women. She battered her opponent with endless strategic arguments and carefully coordinated protests, calling for a new amendment granting women the right to vote.

With a spirit and determination that never quit — even when peaceful protests were met with violence and even when many women were thrown in jail — Paul eventually convinced President Wilson to support her cause, changing the country forever.

"This fast-paced selection covers Alice Paul’s activism, ongoing support of women’s suffrage, and continuing advocacy for passage of the 19th Amendment during Woodrow Wilson’s two presidential terms. Illustrations based on Jazz Age lithographs and boxing posters combine nicely with suspenseful, articulate text that includes some of Paul’s ancillary accomplishments (she led both the first pickets of the White House, for example, and a successful hunger strike while incarcerated) along the way to success.... A lively, inspiring depiction of an indomitable fighter for women’s rights." — Kirkus Reviews