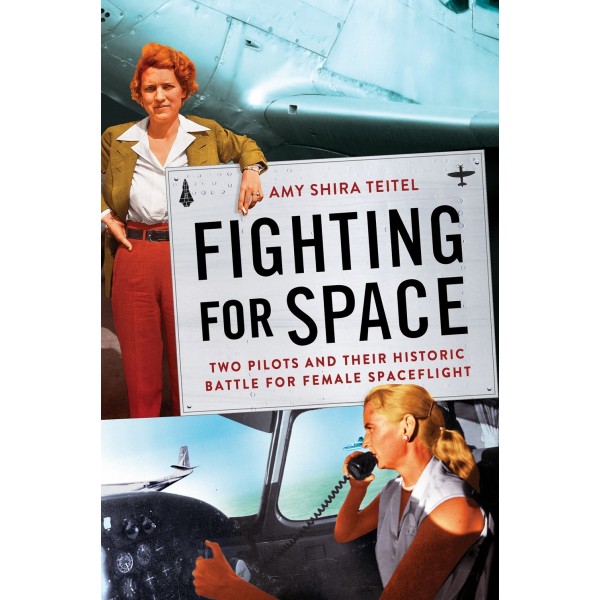 Fighting For Space: Two Pilots and Their Historic Battle for Female Spaceflight

Spaceflight historian Amy Shira Teitel tells the riveting story of the female pilots who each dreamed of being the first American woman in space. When the space age dawned in the late 1950s, Jackie Cochran held more propeller and jet flying records than any pilot of the 20th century — man or woman. She had led the Women's Auxiliary Service Pilots during the Second World War, was the first woman to break the sound barrier, and counted multiple presidents among her personal friends. She was more qualified than any woman in the world to make the leap from atmosphere to orbit. Yet it was Jerrie Cobb, twenty-five years Jackie's junior and a record-holding pilot in her own right, who finagled her way into taking the same medical tests as the Mercury astronauts. The prospect of flying in space quickly became her obsession.

While the American and international media spun the shocking story of a "woman astronaut" program, Jackie and Jerrie struggled to gain control of the narrative, each hoping to turn the rumored program into their own ideal reality — an issue that ultimately went all the way to Congress. This dual biography of audacious trailblazers Jackie Cochran and Jerrie Cobb presents these fascinating and fearless women in all their glory and grit, using their stories as guides through the shifting social, political, and technical landscape of the time.