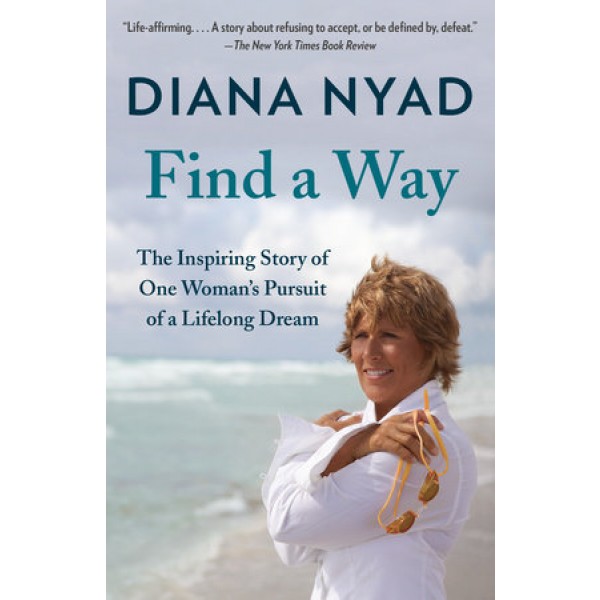 Find A Way: The Inspiring Story of One Woman's Pursuit of a Lifelong Dream

Diana was a world champion in her twenties, setting the record for swimming around Manhattan Island, along with other ocean-swim achievements, all of which rendered her a star at the time. Back then, she made the first attempt at the Mount Everest of swims, the Cuba Swim, but after forty-two hours and seventy-nine miles she was blown desperately off course. Her dream unfulfilled, she didn't swim another stroke for three decades. Then, on September 2, 2013, at the age of sixty-four, Diana Nyad emerged onto the sands of Key West after swimming 111 miles, nation to nation, Cuba to Florida, in an epic feat of both endurance and human will, in fifty-three hours.

Why, at sixty-four, was she able to achieve what she could not at thirty? How did her dramatic failures push her to success? What inner resources did Diana draw on during her long days and nights of training, and how did the power of the human spirit trump both the limitations of the body and the forces of nature across this vast, dangerous wilderness? This is the gripping story of an athlete, of a hero, of a bold mind. This is a galvanizing meditation on facing fears, engaging in our lives full throttle, and living each day with no regrets.

"Memoirs about the uber-successful — especially extreme athletes — can provoke intimidation instead of inspiration, but Nyad, who tried and failed to complete this trek at least five times, is frank about her mistakes along the way, and her focus on the teamwork that got her to the Florida shore isn't just lip service. Friends and experts support her during every stroke in her hours of practice and her previous attempts, and a heartrending breakdown in that team almost puts her final swim in jeopardy. Ultimately, though, it is willpower and dedication that fuel Nyad's success, and that is a life lesson that we can all embrace, no matter our dreams." — Adrian Liang, Amazon.com Reviews