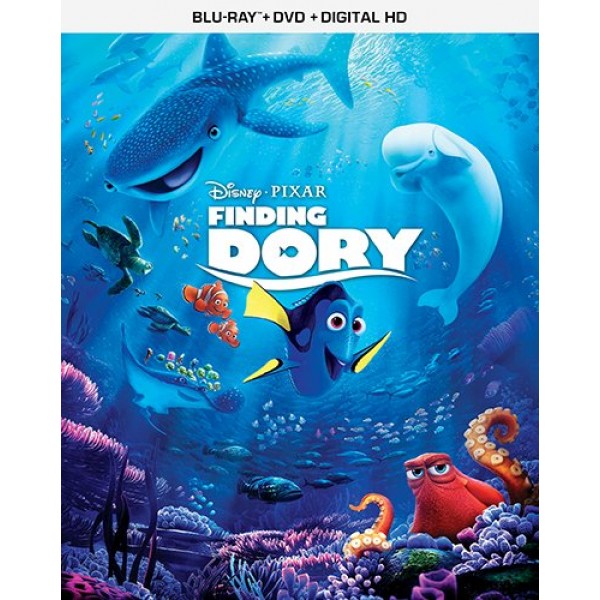 From the Academy Award-winning creators of Disney-Pixar's Finding Nemo comes an epic undersea adventure filled with imagination, humor and heart. When Dory, the forgetful blue tang (Ellen DeGeneres), suddenly remembers she has a family who may be looking for her, she, Marlin (Albert Brooks) and Nemo (Hayden Rolence) take off on a life-changing quest to find them...with help from Hank, a cantankerous octopus; Bailey, a beluga whale who's convinced his biological sonar skills are on the fritz; and Destiny, a nearsighted whale shark!

Bonus features include "Piper," A Disney-Pixar short film; "The Octopus That Nearly Broke Pixar," about the technical challenges associated with creating Hank; and "What Were We Talking About?" which talks about the complex route Dory's story took to reach its final version.